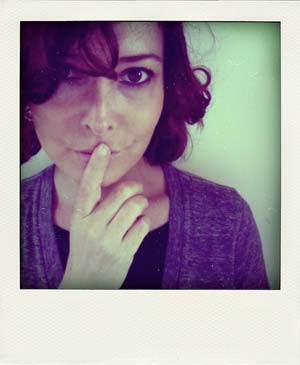 Should we be telling bigots to just shut up? Creative Commons photo by Flickr user Bronclune.

A provision governing hate speech in Canada is under the microscope this week, after a tribunal of the Canadian Human Rights Commission concluded that it violates the right to freedom of expression guaranteed in the Charter of Rights and Freedoms. This body doesn’t have the power to strike down Section 13(1) of the Human Rights Act, but the tribunal’s reluctance to apply the section against freedomsite.org webmaster Marc Lemire has set an interesting precedent and kicked up renewed debate over the right to free speech.

Queer people being one of the groups that anti-hate speech laws are supposed to protect, the outcome of this debate could have consequences for LGBT advocacy organizations. Queer activists are divided on the subject of hate speech. Some believe that the kind of homophobic and racist rhetoric that appears on websites like Marc Lemire’s contributes to an unsafe environment for the groups it targets, and should be proscribed. Others, wary of censorship, are willing to let the haters say whatever they like and hope that in the process they expose themselves as irrational and crazy.

This has tended to be the approach of LGBT equality campaigners Egale Canada. In 2005, they refused to endorse a complaint before the Alberta Human Rights Commission against conservative pastor Stephen Boissoin, the author of a letter to the Red Deer Advocate newspaper denouncing the “homosexual agenda.” Egale’s Executive Director said at the time that the organization wanted Boissoin’s assertions “aired, debated and subjected to public scrutiny.”

On the face of it, the director’s statement sits a little uneasily with Egale’s ongoing campaign against “Murder Music,” Jamaican dancehall music that features violently homophobic lyrics. A letter Egale sent to HMV and iTunes asking them to cease sales of music by particular dancehall artists last year made specific reference to the Section 13 provision against hate speech.

Clearly, there are cases where silencing homophobic commentators only serves to elevate them. But there are other cases where homophobic speech can contribute to violence against queer people, and where it seems to have genuinely vicious consequences.

Section 13(1) doesn’t require that hate speech include a call for violence, only that it be “likely to expose a person or persons [of a certain protected group] to hatred or contempt,” which is a pretty fuzzy line. Increasingly there are people, both liberal and conservative, who do not believe the Human Rights Commissions are best qualified to decide what sort of speech crosses that line. Partly, this is because the HRCs seem to think everything does: not one person accused of violating this fuzzy provision has yet been acquitted at the first round of hearings.

Section 13(1) is not the only provision that protects queer people and other minority groups from hate speech. Sections 318 and 319 of the Criminal Code (to which Egale’s Stop Murder Music campaign has also made reference) prohibit public incitements to hatred or violence against protected groups. The only thing distinguishing Section 13(1) is a lower standard of proof, and the fact that lodging a Human Rights complaint is free.

It’s not clear that the mounting convictions under Section 13(1) and the associated penalties are actually doing us any good. While there’s something satisfying about fining someone for spreading bile on the internet, doing so does not actually alter people’s hateful convictions — it just pushes them underground. Or worse, it makes loud indignant martyrs out of the people who hold those convictions.

Are Maclean’s sorry for publishing an article declaring that Muslims were going to breed Western civilization out of existence, for which they were issued an ultimately unsuccessful Human Rights complaint? Not one bit: they’re mad as hell and they won’t shut up about it. Ditto Ezra Levant, whose magazine The Western Standard was the subject of a Human Rights complaint for publishing the infamous Danish cartoons, and who is now one of the country’s most vocal opponents of the Human Rights Commissions.

Breaking down homophobia, racism and religious intolerance takes time and education — the last of which might be a more efficient use of government money than the current human rights apparatus. But ultimately, the Human Rights Commission’s biggest cost might be that it silences our enemies — whom we would be far better off knowing.