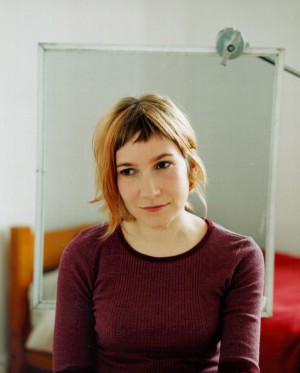 Sheila Heti currently has five books to her name. Most recently, she released How Should A Person Be?: A Novel from Life in 2012. Last year, her novel  The Chairs Are Where the People Go, was selected by The New Yorker as one of its Best Books of 2011. Aside from writing novels, Heti works as the interviews editor with the Believer and has had her work featured in a number of publications including, The New York Times, n+1 and Mcsweeney’s. We recently caught up with Sheila Heti to talk about her work and get some insight into what it takes to be a writer.

This Magazine: It’s been a while since you were featured in This Magazine, could you let our readers know what you’ve been up to lately?

Sheila Heti: I’ve been writing and living in Toronto. Over the past seven years I worked on three books, one with my friend Misha Glouberman—sort of spoken essays— and a novel, and a children’s book. These past two years much my time was taken up with publishing them—publishing takes up a lot of time. I’ve also been working at The Believer as its interviews editor, and conducting interviews with writers and artists.

This: You’ve had your work featured in some amazing publications such as McSweeney’s, Geist, Maisonneuve and The New York Times—just to name a few. What’s the secret to getting published?

SH: I don’t think there’s a secret. But I think it’s useful to keep in mind what people who get what they want look like. For instance, think about people who want to get married. Those who approach it with a kind of all-or-nothing desperation, tend to not end up married, or if they do, it doesn’t look quite right. But those who know what they want but are preoccupied with other things—who want what they want but are also able to leave it alone—those end up being the people to whom desired things come. Nothing and no one likes being hunted. At the same time, don’t be shy. I accept pitches from unpublished or unknown writers all the time at The Believer. And don’t get bitter about rejections, ever. Transform whatever bad feelings you might have into useful feelings; you should never feel ashamed about a rejection.

This: What is your take on the current literary scene here in Canada?

SH: I have no answer. I haven’t been paying that much attention. My reading is all over the place, not centered on contemporary Canadian writing, and I don’t follow what’s happening with the book prizes or book gossip.

This: What advice would you give to the young writers out there trying to make it in such a tough industry?

First of all, the industry is none of your business. If someone starts talking about the book business, walk away. Focus your attention on reading and writing. And be serious about it. It’s not such a tough industry that no books are being published.

Also, a writer doesn’t need fifty editors to like their stuff—so don’t go around frantically collecting supporters. It’s almost better if you can find one or two or three editors who are genuinely passionate about you and your work. Then, if you find those people, hang on to those relationships. Even if it’s the editor of a tiny magazine that no one really reads, if that’s an intelligent person, either one day people will read that magazine, or that person will end up working somewhere where they can publish your work to a bigger audience. Take care of these relationships—don’t always be looking over their shoulder like you’re at a party. If a few times a year, these people tell you that your work is meaningful and good, that can go a long way, and these people can push you to write better. It’s beneficial for them, too, to be able to feel like they nurtured you. That’s something editors want to do.

This: We are currently running our 16th annual Great Canadian Literary Contest. What value would you put on literary contests for a young writer?

SH: Probably it doesn’t hurt and may bring you money and some attention. But it’s much more important to cultivate relationships with a few people who are really smart, who can be honest and kind and critical of your work.

To learn more about Sheila Heti and her work you can check out her website at www.sheilaheti.net.