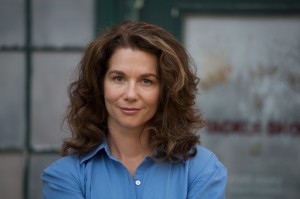 Billie Livingston, award winning Canadian author and poet, is set to release her latest novel, One Good Hustle, which follows the life of Sammie Bell—a young woman who fears she may spend her life as a hustler, like her parents. Livingston has lived all around the world from Toronto and Vancouver to Japan, Germany, England and the U.S. She was also won the fiction category of our Great Literary Hunt contest in 2000.

Her other books include Greedy Little Eyes, Cease To Blush, Going Down Swinging, The Chick at the Back of the Church and The Trouble with Marlene.

Livingston has been shortlisted for the Journey Prize for fiction and the Pat Lowther Award for best book of poetry by a Canadian woman. Her recent story collection, Greedy Little Eyes, was cited by the Globe and Mail as one of 2010’s best books and subsequently won the CBC’s Bookie Award as well as the Danuta Gleed Literary Awardfor Best Short Story Collection. Her YA novella,The Trouble with Marlene has been optioned for a feature film by director, Ana Valine of Rodeo Queen Pictures.

Livingston has been published in many of Canada’s top magazines, including the Walrus, Toronto Life, Giest, sub-TERRAIN and our very own This Magazine.

We recently spoke to Livingston about her upcoming novel, This Magazine’s Great Canadian Literary Hunt, and what it takes to make it in the literary world.

This Magazine: Your new book One Good Hustle is due out July 24th. What can readers expect to find when they pick it up?

Billie Livingston: French flaps and profanity! The story is about a child of con artists trying to figure out if she is genetically doomed to be a hustler. We all worry that we’ll end up like our parents but it’s that much worse when you have a sly streak and the people in charge are a couple of crooks.

This: What is more important in a story, plot or character?

BL:For me the two are intrinsically linked. Tangible details and actions are what make a character real and alive. Characterization is merely the observable qualities of a person, but essential character is revealed in the choices a person makes under pressure. Those choices make a plot. Character and plot are necessarily enmeshed.

This: Sammie Bell, the heroin in the story has been compared to Holden Caulfield. Is that a fair assessment of the character?

BL: It’s a great compliment, though probably an unavoidable comparison when a book has a teenaged narrator. Holden came from a privileged New York background whereas Sammie Bell is a young hustler from a criminal family— Both Sammie and Holden question the validity of class distinctions, but from opposite sides of the tracks. Someone recently compared Sammie Bell to Collin Smith, the narrator of Alan Sillitoe’s, The Loneliness of the Long Distance Runner. Collin is a petty criminal from a blue-collar neighborhood in Nottingham who ends up in a juvenile detention facility. I think Sammie’s got the larceny-sense and anger of a Collin Smith juxtaposed with the skeptical hope of a Holden Caulfied.

This: You’re a former winner of the This Magazine’s Great Canadian Literary Hunt. How did that help your career?

BL: I’m a great believer in the possibility offered by contests. I love short stories but the difficulty is that few markets can afford to pay for the work that goes into writing them. With a contest there is at least the potential to receive a fair pay cheque for your work. The rent isn’t going to pay itself! Another pleasure that came with publishing in This Magazine was its broad range—arts, culture, politics—I was able to connect with a wider readership than I might with a literary journal.

From This, the story was subsequently chosen for the Journey Prize Anthology, which was a follow-up thrill for me. Writing is solitary and you have no idea if what you’re doing in that little room is making sense to anyone. Winning the Literary Hunt, and from there being chosen for the Journey Prize Anthology gave me the confidence to keep forging ahead.

This: What kind of advice would you give to someone trying to break onto the literary scene?

BL: Read your brains out. Read broadly from classic to contemporary and don’t worry about what others think of your literary choices.

— Live with the unfamiliar. Travel, talk to strangers, open yourself up to the world. Those are the things that help you become the essential you, that help you know what you believe. Your beliefs and passions will come through in your work.

— Write fearlessly. If you have sorted out your beliefs, this will come more easily

— Revise and persevere. It’s the revision that counts, the perseverance in all things whether revising your work or resubmitting it to yet another magazine after it’s been rejected ten or twenty or thirty times. 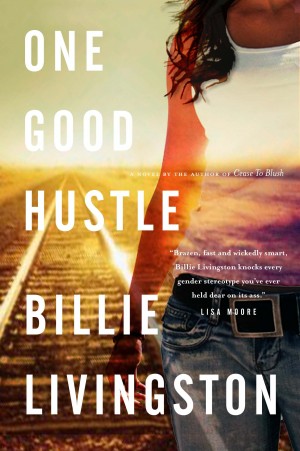 Livingston's book One Good Hustle is due out July 24th.