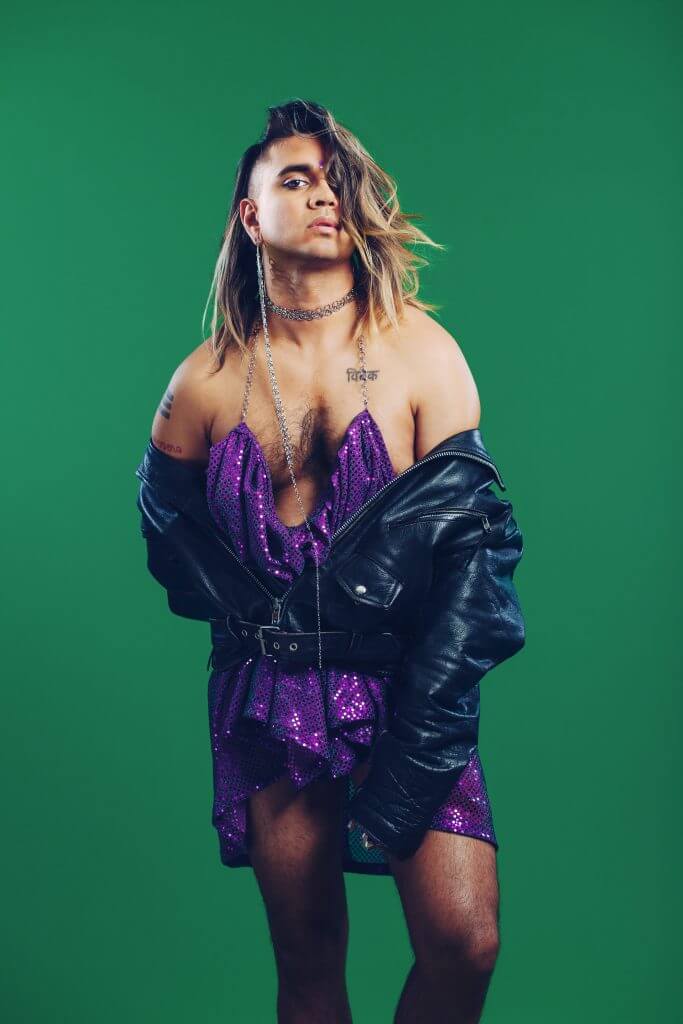 After eight years of trying to find mainstream and indie success through music, the Toronto-based artist took to other mediums for refuge. Since then, she has published five books and released the moving short film I want to kill myself.

But, she says, “music is still the place where I ache and I long to create.” Having rediscovered her musical voice and publicly come out as trans, Shraya returned to solo songwriting after a six-year hiatus with a sharp exploration of femininity, misogyny, and lateral violence. “The album, for me, is a symbol of perseverance,” she says.

Shraya found inspiration in the honesty of the feminist music she grew up listening to in the 1990s by artists such as Salt-N-Pepa and Tori Amos. “I wanted to write an album that could serve as small gesture of repayment to these women, while also adding my own voice as a racialized trans girl.”

Trans women face significant social pressures to perform a kind of hyperfemininity. Shraya sets out to chart a new path. In the title-track she sings, “I don’t shave, I don’t wear makeup.”

“The album is dedicated to anyone who has been misgendered or made to feel not feminine enough,” Shraya says. “It’s exciting thinking of trans and gender non-conforming listeners finding some sort of comfort in the album.”