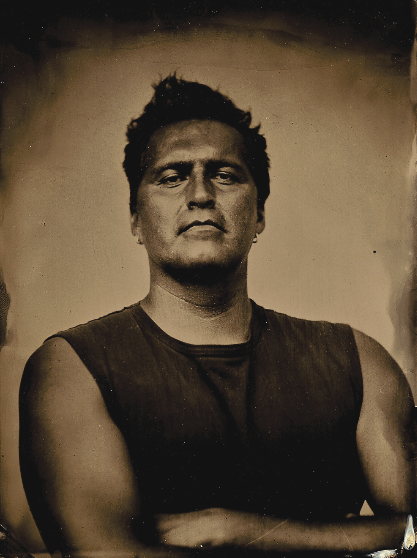 How were you chosen to curate UnSettled?

I was approached in August when they had already created the UnSettled theme, linked to reconciliation. In taking it on, I decided to drop the reconciliation piece, since it’s a fundamental part of a lot of things Indigenous people are doing right now. I also wanted to give it more scope and look at the diversity of work in the Two-Spirited community.

How did you choose the artists that would be included?

I wanted to include a diversity of work from Two-Spirit artists—video, painting, performance. This was an opportunity to survey the community. In the last little while, there’s been an explosion of Indigenous work and voices in the arts, and I wanted to get an overview. There are many more in the community that could be included but at this point 19 is a pretty good number.

Was it important to you to work on something like this as Canada 150 approached?

I’m actually trying to ignore 150 as much as I can. There’s always a bunch of money thrown at these things. But when it comes to a First Nations perspective, we also look at the dark history of Canada, which people aren’t necessarily that interested in hearing. Right now, there’s interest in these topics and it’s really important that Two-Spirit voices are heard.

In describing UnSettled, you’ve said that defining gender as either male or female was something enforced by settlers. How did that happen?

I can only speak from the Blackfoot context and years of research, but I do think, historically, there has been an erasure of Two-Spiritedness in Western society. That goes back to the conquistadors, when they noticed men dressing up as women, and realized those people had a lot of power. In any conquest situation, they target people in the community who are most influential, and at that time, a lot of Two-Spirit people were very influential in their communities. One of the things we recognize in our communities now is that any time somebody wants to discredit a group of people or lay the foundation for extermination, they start attacking their intellectuals and artists. Only in the last 20 years are we starting to see a real move back to understanding those histories.

There’s an element of parody in your own work. Was that kind of critique present in UnSettled?

There’s definitely a mix of comedic and serious approaches, and all of them work together to show the diversity of voice within the Two-Spirit community. My desire is not to stereotype Two-Spirit people again. We have conflicts and agreements on various subjects. So I think again we need to be careful not to stereotype things and make it open so their own voices can come through.

You once said that you were in Indigenous politics for a while, but that you found art to be a “gentler place to deal with the issues of residential schools, racism, and homophobia.” What made you feel that way?

I was a tribal councillor with my nation for four terms, or about 10 years. But I often find within the political process, there’s a lot of walking on eggshells. Sometimes art lends itself to being more outrageous to actually make a point. For me, that’s using my character Buffalo Boy [a campy, gender-bending persona], who can actually say some of the things Adrian Stimson doesn’t want to. I can be a bit more ridiculous, and that really works beautifully with the Indigenous history of the “trickster”—the contrary people in our community who were troublemakers in a good way. It’s like being a mirror of society and showing it back to them in an exaggerated way. Every opportunity to speak out only helps further the dialogue.

Interview has been edited and condensed for clarity.