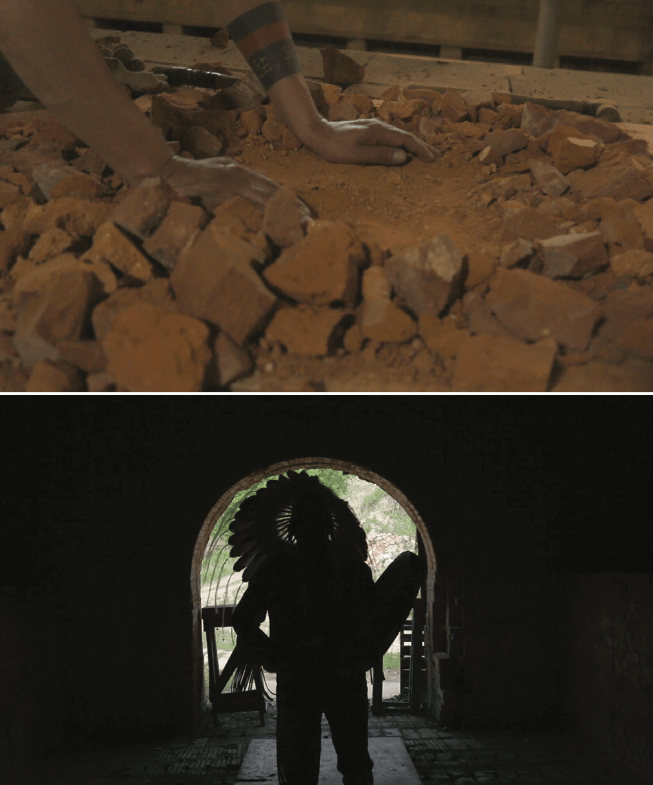 Terrance Houle, whose Blackfoot name is Iinniiwahkiimah (Buffalo Herder), is searching for bricks from his junior high and parents’ residential schools. He will bring all three bricks back to the IXL brick factory in Medicine Hat, where he will film a performance of him smashing them until they become fine dust. His parents will sing a healing song while this is going on, and after the performance, Houle will sprinkle the dust back on top of a hill in the original settlement place of his people. Houle’s performance, which will tour parts of Canada this summer, is called Ghost Days.

Mainstream arts organizations are making attempts to partner with Indigenous artists to celebrate Canada’s 150th year, but some members of the Indigenous arts community suspect some of these relationships are not genuine.

This isn’t the first time that mainstream arts organizations have shown a sudden interest in collaboration. Ryan Rice, chair of the Ontario College of Art and Design’s Indigenous visual culture program, says that this has happened on every colonial anniversary. Mainstream arts organizations feel a need to represent the Indigenous population during these periods, resulting in community engagements that aren’t meaningful and often temporary. This poses the risk of cultural appropriation and misrepresentation.

Sometimes art pieces are made out to be Indigenous projects, but there may be little to no Indigenous control in the creative process. In order to avoid misrepresentation, it’s important for Indigenous artists to have sovereignty over their own projects, says Clayton Windatt, executive director of the Aboriginal Curatorial Collective. Rice says this can be done through meaningful collaboration and consultation.

Indigenous artists have been excluded from the mainstream arts community for many years and so have formed their own organizations. During the early 1970s, seven Indigenous artists started meeting to discuss the prejudices they faced as artists in Canada. Incorporated in 1974, the group later became known as the Indigenous Group of Seven. After this, Native Earth Performing Arts was formed in 1982, Native Women in the Arts in 1993 and the Aboriginal Curatorial Collective in 2005.

In recent years, the relationship between Indigenous and mainstream arts communities has improved. People have become more educated about Indigenous issues causing national and provincial funding councils to change and relationships to develop. Three years ago, in response to the request for separate funding for the creation of Indigenous art, the Toronto Arts Council implemented Indigenous Arts Project grants. Cruz says that while this change is positive, it is late to the game.

The Indigenous arts scene blends both artistic and traditional practices with contemporary European arts practices. Prior to colonization—and currently—art and culture were closely intertwined with one another, which is widely misunderstood by the mainstream arts community. Houle likes to incorporate traditional themes of spiritualism into his work, and has used his art as a healing tool.

For Houle, art is about playing to the spirits, which he believes has been largely forgotten in the Canada 150 preparations. “I just want people to know my contemporary Indigenous experience and find some sort of common ground within that.”