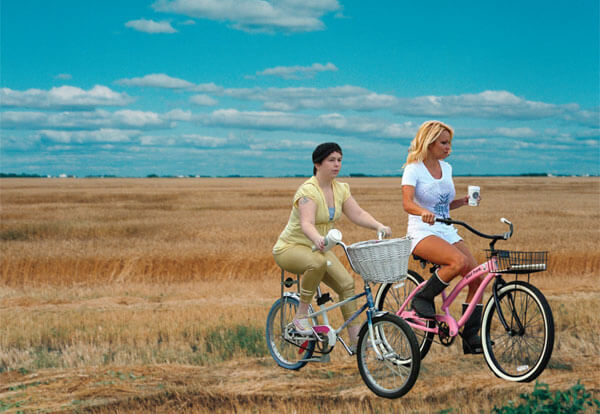 Surfing the internet for a Grey Cup art project in November 2008, Kristin Nelson landed on a saucy image of Pamela Anderson. It immediately provoked a spark of inspiration that she couldn’t explain but also couldn’t deny. Thus emerged the seed of a body of artwork called My Life With Pamela Anderson that documents, in finely crafted fiber works and manipulated photos, an imaginary yet deeply felt relationship between the artist and the celebrity.

The Winnipeg-based multi-disciplinary artist has often explored the cultural representation of identity and sexuality, yet she had no feminist or deconstructionist impulse going in.

“I had a lot of hesitations about using her image,” Nelson says, “but in working out those thoughts I decided the main purpose would be to get to know her.”

In some ways the work is typical of Nelson’s art. She strives to get to know people and places and to reveal over-looked or un-thought-of aspects of them to herself as much as to her audience. The much sought-after Drag King Trading Cards (2007 and 2010), for instance, featured portraits of butch women in packs like those of sports stars for sale at corner stores. These subversive collectibles allowed Nelson to collaborate with and explore her own relationship to the queer community. 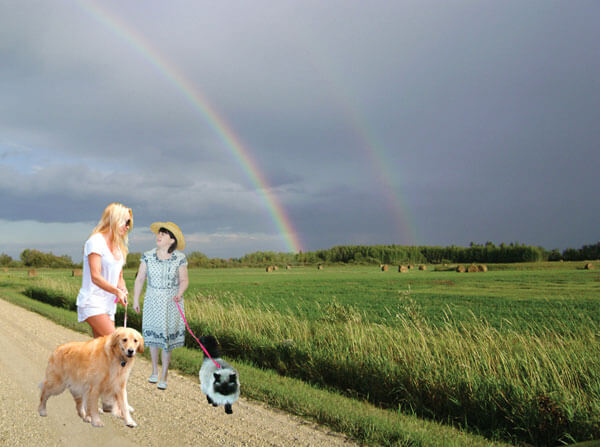 Currently, however, Nelson’s interest is finding more universal points of entry to her art. Her most recent subject, however, proved a challenge: How do you get to know someone so famous, not to mention already a well-worn subject of cultural criticism?

“It was important for her character that I stay quiet about the project and not justify it,” Nelson says. As she researched lesser-known aspects of Anderson’s life, Nelson decided that she would put herself in, thereby going beyond a critique of celebrity consumption to a playful take on how we absorb the lives of the famous into our own.

In the most striking pieces, pin-up pictures of the actress have been transformed into shimmering, larger-than-life cross-stitch portraits executed in yarn on aluminum panels. Also, in line drawings made from yarn and nails and manipulated family photographs, Nelson and Anderson hang out, watching TV and riding bikes, like old pals in gauzy dreams. The whole effect softens the celebrity’s official image and transforms preconceptions of its audience, too. 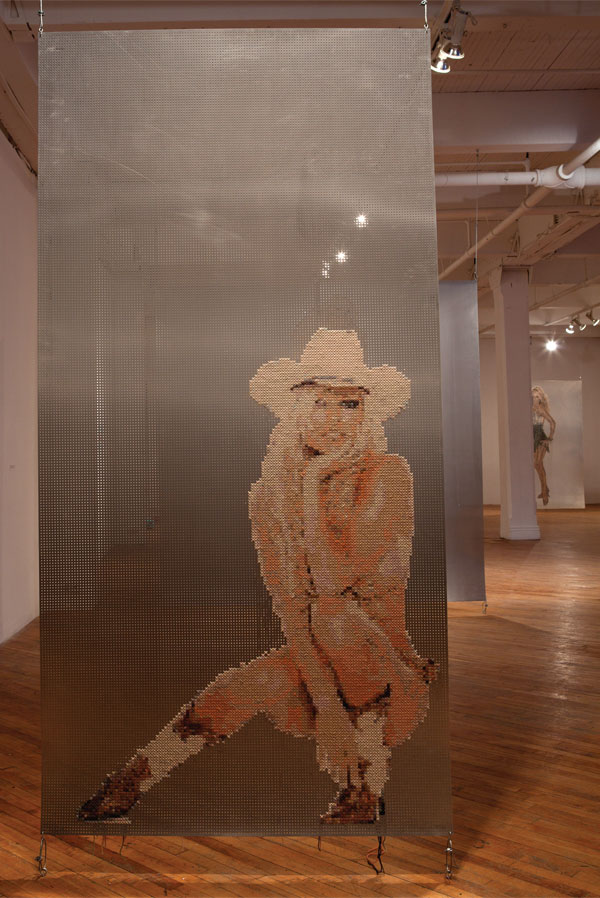 On the one hand, Nelson’s work is laugh-out-loud funny, a luscious manifestation of celebrity idolization. On the other, the needlepoint technique highlights Nelson’s patience and care for her subject. “She’s a very dehumanized person, even in scholarly discussions by feminists,” Nelson points out. “She’s something to bitch about, or insult. She’s talked about in terms of either-or, but nobody is just an image of themselves.”

Indeed, in Nelson’s images, Anderson is neither Madonna nor whore, but something less sensational—a focal point for talking about sexuality and popular representations of it. “I’ve learned to see her in a different light, rather than categorize her as ‘other’ than myself,” Nelson says.

Currently, she is making another series of smaller cross-stitches about what she imagines was a real turning point in the actress’ life, this time patterns generated from the landscapes of a well-known leaked video from the mid 1990s of Pamela and her then-husband, Tommy Lee, having sex on a boat. The hope is that people may recognize the images. As Nelson explains, “Discussing is more interesting than showing.”