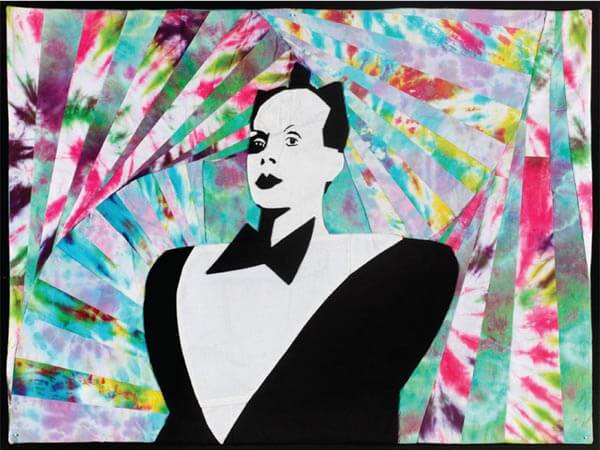 It is impossible to speak of Will Munro. It is easy to talk about Will Munro(s).

Will Munro, the artist/activist/social wizard/impresario and all around wunderkind, passed away one lovely, clear-as-a-bell summer morning in 2010. He was 36.

In that too-short time, Will produced an enormous amount of highly influential, DIY-infused art, reinvigorated the Toronto, and by extension the Canadian, and some argue international queer club scenes—and I support that argument, having seen Will’s influence up close in countless cities far and wide. He empowered an entire generation of artists, who felt the ossified Canadian art scene was not for them, to simply make/display/distribute their art on their own terms.

I generally distrust the concept of “legacy,” but not in the case of Will Munro. His simplest and most inspired conceit was that queers of all stripes (homo-normative, hetero-normative, just plain fucking crazy, what have you) have far more in common than not, and can share a big sandbox with joy. And we did. For a decade, Will ran the legendary Vazaleen parties— mad, dressed-to-thrill events that spawned many, many subsequent cultural products and collaborations. And that’s putting it mildly.

The parties and the underlying concept—shared space for a diverse population—were both quickly copied, largely because a generation of queers had grown up under the segregationist, essentialist politics of the ’80s–’90s (dykes only go to dyke spaces, fags only go to fag spaces…oh, it was all so tiresome, so numbing), politics that no longer made sense, no longer reflected the day-today reality of the third wave of queer liberation. Suddenly, we all had a meeting place, and we used it.

Now it’s time for a more rigorous examination of Will’s beautiful, sexy art. Will’s social contribution is well-documented (and I’m doing it again), but his highly original art practice, one fuelled by punk-rock aesthetics, righteous rage, and delicious impertinence, rough homemade fashion, sex-worker rights, and queer youth advocacy, club and DJ culture, anti-corporatism, and, less remarked on, his long fascination with, and promotion of, queer cultural history (an interest that made him, again, unique in his generation) has been, to date, not as well-considered.

I sense a sudden boom in Munro studies coming. Retrospectives and monographs galore. More gifts from a relentless giver. It’s the least we can do.

But this is not the place for academic pursuits. Let other people get post-grad degrees off Will’s back.

Right here, right now, I just want to say thank you. I miss you, Will.