For this special anniversary issue, we asked 45 alumni of This Magazine to tell us about the individuals and organizations who are doing the most exciting, creative, and important work in politics, activism, art, and more. Many chose young up-and-comers; others chose seasoned vets who never lost their passion for new ideas and approaches. But all of them are changing our collective future for the better. And all of them are unafraid of the New.

One curious gap in this mosaic became clear as the final list emerged: not one of our alumni had chosen a politician or elected official—and that says something troubling about the state of Canadian civil society. Political cynicism, never in short supply at the best of times, appears to have reached a crisis point. When even highly engaged, enfranchised, politically aware and active people turn their backs on the formal legislative process—believing it to be futile, vulgar, idiotic, glacial, all common gripes—there is danger. We need bright and hard-working people tending the grassroots, marching the streets, and storming the gates (many appear in this special issue); but we need them inside the House of Commons, too— writing the laws, holding the government to account, and yes, even engaging in a little partisan sniping from time to time. 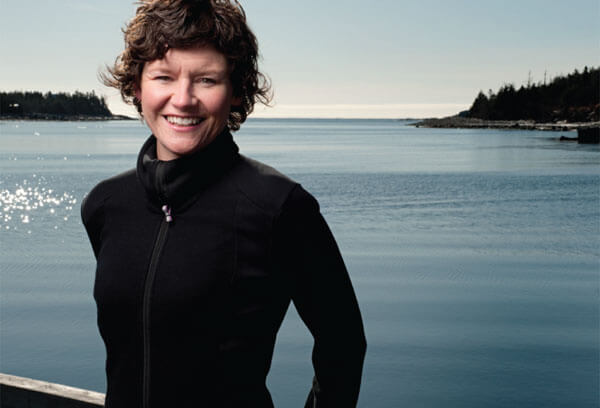 So I would like to start this list with a brief nod to a young MP who looks poised for an important career as a real, honest-to-goodness elected legislator.

Megan Leslie was first elected as the member of parliament for Halifax in 2008, aged 35, and has quickly emerged as a respected, diligent, and charismatic force for good in the House. As the NDP health critic, she’s used her prior years of experience as an anti-poverty activist to articulately critique Health Minister Leona Aglukkaq, and connects the dots between disenfranchisement, poverty, and health in a way that the government has never adequately grasped. She is the chief architect of the NDP’s national pharmacare proposal, which would bring some badly needed coherence to a health care sector that will be increasingly important in the coming years.

Leslie’s peers have taken notice: she was named the top “Up and Comer” by a large margin in a Hill Times survey of all MPs. Even on that honour, however, she had an incisive comment for the Times, remarking: “we have always seen women in up-and-coming categories because women who are up-and-comers are not threatening, right? So I think we still need to have a gendered lens when we’re looking at these kinds of polls. It doesn’t mean we’ve broken through.”

No it doesn’t. But having an elected MP in office who not only has a nuanced view of gender privilege, but also rejects the trite girl-power bromides that politicians and media alike love giving lip service to, is exactly the kind of politician we need now. We need more like Megan Leslie. And we need to find a way to make capital-P Politics—the difficult and crucial exercise of democratic franchise—hospitable to smart, industrious, and compassionate people who otherwise turn away.

We believe this list of 45 people and organizations represents an exciting portrait of the Canada of tomorrow. We hope you’ll enjoy reading about these rebels, visionaries, troublemakers, and world-changers, and share your thoughts with us. Enjoy.

Graham F. Scott is the editor of This Magazine