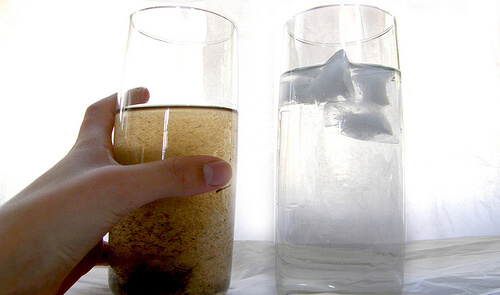 Millions around the world live without access to clean drinking water that plays a role in a host of easily preventable diseases. Photo courtesy: from a second story)Mike Bailey-Gates, FlickCreativeCommons.

UPDATE: Wednesday, July 28, 12:14 — The Council of Canadians reports that the United Nations general assembly has voted in favour of the resolution to recognize water and sanitation as basic human rights. The still-unofficial vote count was 124 votes in favour, zero votes against, and 42 abstentions. We’ll update with the official vote when it’s known. We will update with further details when we know officially.

UPDATE: 12:32 — Council of Canadians updated their report (viewable here) confirming that Canada did abstain on the vote.

Human rights: what are they? It should be a relatively straightforward question, but posed to any group of people, it’s bound to elicit a huge range of responses. To date the most successful attempt to articulate a workable standard is the Universal Declaration of Human Rights, adopted on December 10, 1948, by the United Nations and its constituent countries.

The document consists of 30 articles outlining our most basic and universal human rights, from all individuals’ inherent equality before the law (article 1) to the right to education (article 26) to the right to seek asylum from persecution (article 14).  Despite having the distinction of being the most widely translated document in the world—available in over 375 languages and dialects—it is only part of an ongoing struggle to entrench dignity as the cornerstone for all human interactions. Even a casual perusal of the days headlines reveals that this struggle is far from realized.

Today, the United Nations General Assembly will consider adding a 31st article to the Declaration: the human right to “available, safe, acceptable, accessible, and affordable water and sanitation.”  The political and environmental landscape of our day is far different then the postwar horror that birthed the original human rights declaration in 1948. Few then predicted a future when water would become a contested issue. But access to water now presents us with the most pressing human rights concern.

Article 25 of the Declaration reads:

Everyone has the right to a standard of living adequate for the health and well-being of himself and of his family, including food, clothing, housing and medical care and necessary social services, and the right to security in the event of unemployment, sickness, disability, widowhood, old age or other lack of livelihood in circumstances beyond his control.

All human rights are interrelated, interdependent and indivisible; in this regard, guaranteeing a standard of living and health based on the availability of food, clothing, housing and medical care while making no provision for water calls into question the entire project.  What level of well-being can possibly be achieved when 884 million people in the world do not have access to safe water; what standard of living is provided for when 2.6 billion people in the world do not have access to basic sanitation; and what principle are we using to measure health when 1.4 million children die every year from preventable diarrhea caused by contaminated water and poor sanitation.

When we consider the tragic realities of those 3 billion people who do not have access to running water within a kilometre of their homes, the obvious oversight of water rights becomes startlingly clear; its absence is glaring.

Today’s UN vote is the culmination of several years of lobbying by international and community groups advocating for water justice.  These groups demand that the right to water, like the right to food and shelter, be protected by a binding UN convention guaranteeing that no individual can be denied water because of an inability to pay.

And yet, despite the obvious gravity of the situation, a small bloc of nations—with Canada (surprise, surprise) at the helm—have worked to curb even the most modest recognition of the right to water while they have worked behind the scene to quash any UN proposal. At the World Water Forum at the Hague in 2000, in Kyoto in 2003 and in Mexico City in 2006, Canada refused to recognize water as a human right.  Canada was the only country to vote against a 2002 UN resolution on the human right to water (baldly stating: “Canada does not accept that there is a right to drinking water and sanitation.”) and again in 2008, Canada played a pivotal role blocking the motion by Spain and Germany to officially recognize water as a human right at the UN Human Rights Council.

Our government (under both Liberal and Conservative leaderships) has offered little in the way of explanation for their stance on water rights.  Those opposing the concept would have us believe that, if passed, it would see Canadian lakes drained and Canadian water shipped off to hotel fountains and golf courses in water-parched Las Vegas and other U.S. states.

The reality is that NAFTA and the proposed EU-Canada Comprehensive Economic and Trade Agreement threaten Canadian water far more then the recognition (I’d say elevation but let’s be honest: for the majority of the world, the right to water is a no-brainer; it’s just us in Canada that are the holdouts) of water as an inalienable right. While NAFTA and the EU-Canada CETA provide windows for far greater privatization of our water, enshrining water as a human right would serve to temper corporate hegemonic control of our most basic necessity. And it would transform water from a resource to be exploited for profit, to a human right to be safeguarded for the public good. It would also provide legal recourse against those who would pollute our waters—tar sands, I’m looking at you. You can’t, after all, turn massive amounts of a human right into toxic tailing ponds that pollute groundwater and the Athabasca River.

Canada’s backward stance on water rights around the globe should, unfortunately, surprise no one; we have only to look in our own backyard and the availability of clean water in many indigenous communities across the country to see how little our government—the current Conservatives as well as the Liberals before them—values water access. The Ontario community of Kaschechewan gained national attention in 2005 when 1,000 of its residents were forced to evacuate because of poor water quality and unsanitary conditions. Kaschechewan, while an extreme example, is the rule and not the exception: over 80 First Nations communities are currently under “boil water advisories” (meaning they can’t drink their tap water), and 21 communities are deemed to be at high risk for contamination.

The UN vote has the potential to be at once both historic and self-congratulatory: if it passes today, it will see water enshrined alongside food, shelter and safety as an undeniable basic human right.  But, as we have seen with other human rights, there is a huge gap between the words written in the convention and the actions of our government.  At the risk of repeating myself from earlier posts: we are no longer “Canada the good.” We do, however, have the opportunity to lead this time—by ensuring that the resolution will pass, and by acting quickly to realize its goals, both at home and abroad.