[Editor’s note: Alixandra Gould is attending the 2010 Canadian Water Summit on Thursday, June 17. In advance of that, she interviewed a few of the experts who will be speaking at the event about some of the key issues in current Canadian water policy. Today we bring you her report on the sorry state of water infrastructure in First Nations communities; check back tomorrow for her Q&A with Tony Maas, national advisor on freshwater policy and planning with WWF-Canada. UPDATED: Q&A with Tony Maas is now online.] 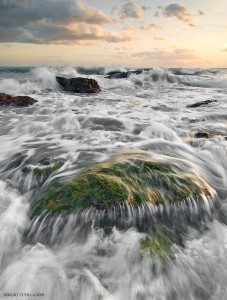 On May 26, the Conservative government announced the tabling of the Safe Drinking Water for First Nations Act. Brought to the Senate by Indian Affairs Minister Chuck Strahl, the Bill would place the same federal standards for drinking and wastewater on First Nations reserves that are already applied to the rest of the country. As it stands right now, provincial and territorial water regulations don’t extend to reserves, and federal regulators have not stepped in.

The announcement has shone light on a generally ignored issue—water standards on reserves in Canada are far too low. 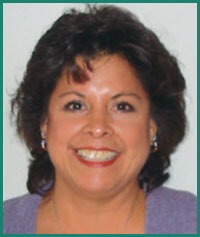 “Northern communities are suffering the most when it comes to access to potable water,” said Dr. Cynthia Wesley-Esquimaux, assistant professor of Aboriginal Studies at the University of Toronto and a speaker at the Canadian Water Summit to be held on June 17. “When you force people into housing, because they can no longer access the land because of mining interests and everything else, then that means you have to be able to create a provision for them to access water, but the government hasn’t done that.”

Like so many of the issues surrounding First Nations in Canada, access to safe water can be boiled down to territorial rights. The treaties that were negotiated between First Nations and the Government of Canada in the late 19th and early 20th centuries gave First Nations jurisdiction over their reserves. However, several contemporary land claims have alleged that corporations and townships are infringing upon those treaties, and are polluting water supplies in the process. For example, the Tsuu T’ina Nation and Samson Cree Nation launched a claim regarding Alberta’s Water Management Plan for the South Saskatchewan River Basin, as they felt the Alberta government did not adequately consult with or accommodate them when they began to make development plans. On April 28, that claim was dismissed by the Alberta Court of Appeal.

In addition to lacking proper regulations and infrastructure, Dr. Wesley-Esquimaux explains that the people responsible for operating these water systems often don’t have proper training, causing the water systems to go down with some frequency. The government then has to fly thousands of gallons of water into these remote communities, leading to huge costs. According to 2008 reports, 62 percent of First Nations water operators were not certified.

Dr. Wesley-Esquimaux is wary of getting too excited about Bill S-11. “The biggest barrier has always been the battle between the federal and provincial governments and payment. So we will see what happens. It is a very good start to an age-old problem, and maybe this time it will work. It will definitely need to be watchdogged, though.”