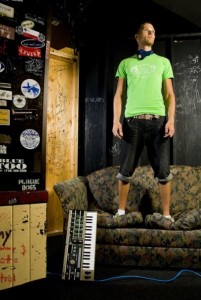 Summer festivals were once kingpins of the concert season, but in recent years their popularity has waned significantly. The recession has been blamed, and it certainly has had an effect, but the more likely cause for a drop in popularity has to do not with personal economics, but greed by the promoters. A great summer festival is about creating atmosphere: a parallel utopia that is built and demolished over the course of a few days. The problem with festivals lately is that feeling has mostly been abandoned in favour of commerce.

It’s not that people can’t afford to go to big behemoth events, it’s that they don’t want to afford it. Who wants to spend $200 to enter a fenced-in field where you’ll be searched as if you were crossing a border checkpoint, to ensure you’re not carrying contraband like bottled water or a picnic—forcing you to pay the inflated prices for Dasani and Pizza Pizza.

But let us not paint all festivals with one brush! Last weekend, Antigonish, Nova Scotia, hosted the Evolve festival. The three-day event promotes better living by example and tries to educate visitors about social issues. So, this week on Tuesday Tracks, we salute the Evolve festival for being just a little bit better than all the rest. Coming up: three performers from this year’s event.

Next is Hamiltonian B.A. Johnston. It’s a difficult task to explain B.A. to the uninitiated—he’s a fiercely DIY artist who is seemingly constantly on tour. A workhorse who puts everything he has into his music, and even more into his live performances. His music is completely transparent and honest, a sort of punk rock, Nintendo confessional.  But that description along doesn’t come close to describing the man, or the performances, because that’s what he is. Even above a musician he is a performer. Here’s “Have fun on Warped Tour.”

Finally we have Hey Rosetta, a band who has been steadily gaining steam since they formed in 2005. These Newfoundlanders make the kind of music you hear and wonder why they aren’t on the radio. Their songs are accessible, but at the same time, unique and intriguing. Here’s “Red Heart”: