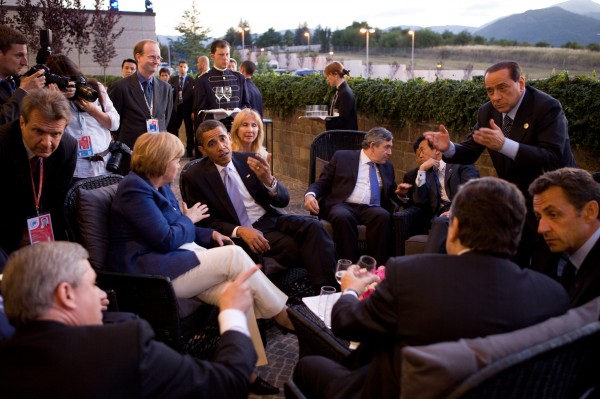 Prime Minister Stephen Harper announced on January 26 that he was going to use Canada’s Group of Eight presidency to push for an annual G8 summit agenda focused on women’s and children’s health. Former UN Special Envoy for HIV/AIDS in Africa Stephen Lewis said it best when he called the announcement an act of “chutzpah.”

First of all, Canada lacks credibility on this issue internationally, having consistently failed to meet our own humanitarian aid targets for decades. Secondly, and even more galling, we lack credibility in our own backyard. Consider that aboriginal infant mortality is markedly higher than the general population—Inuit infants are three times less likely to make it to their first birthdays. Among 17 peer countries, one study found, Canada is tied for second-last place when it comes to infant mortality (only the U.S. level is higher). Consider this is the same government that cut funding to the Court Challenges Program, the legal fund that since 1978 had supported legal challenges by minorities, including women. And the same government that heavily cut funding to Status of Women Canada, closing many of its offices across the country. The same government whose pay-equity legislation disappointingly maintains the status quo by encouraging public employers to consider “market demand” when determining wages (the same demand that caused the inequity in the first place). And this is the government that replaced a popular national childcare program with clumsy $100-per-month cash payments to parents. The resulting system isn’t just functionally inept, it’s ideologically offensive: it needlessly tops up budgets for families who can already afford quality childcare, and squeezes the ones who can’t. Since $100 won’t realistically cover the actual cost of quality childcare, the options become choosing not to work—the Ozzie-and-Harriet fantasy that social conservatives prefer, which is only available, of course, to two-parent families with one earning a sufficient living—or covering the difference between the government’s payment and the actual cost.

In other words, the prime minister’s call for the G8 to boost human rights and development for women and children around the world fits both dictionary definitions of chutzpah: unbelievable impertinence and worthy audacity. No one doubts that urgent action is needed to prevent hundreds of thousands of deaths among women and children worldwide, and if the G8 and G20 listen to the PM when they meet in Muskoka and Toronto in June—and more importantly, take real action that will save real lives— then it will be a great accomplishment, domestic criticisms aside.

But given the G8’s stunningly poor record on exactly these issues, there’s no reason to expect that’s how it will go. The Organization for Economic Co-operation and Development recently announced that the collective aid pledges the G8 nations made at their 2005 Gleneagles summit remain unmet five years later—by the outrageous margin of more than $20 billion. If the prime minister really wants to make a splash at this year’s summit, he should leave his platitudinous speech at home and show up with a signed cheque instead.