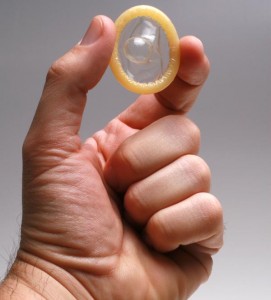 Update, Friday, March 19: It seems to me that it’s impossible to truly know where the government stands. One moment the foreign minister says birth control isn’t included in their G8 maternal health push. The next the prime minister’s backing up on that, saying discussion around birth control’s not out of the cards.

There were mumblings during the Olympics about our government’s plans to focus on maternal and children’s health during the upcoming G8 meeting in Muskoka. At the time, it was announced that abortion would not be discussed during the talks—an unfortunate revelation, but really not terribly surprising.

But now the Tories are saying they won’t even be discussing birth control during the meetings—yet another backwards decision from the powers that be in Ottawa.

The decision, they say, is based on the fact that they plan to focus discussion on “saving lives”—implying that birth control isn’t part of that. An article in the Globe and Mail quotes Foreign Minister Lawrence Cannon as saying:

“It does not deal in any way, shape or form with family planning. Indeed, the purpose of this is to be able to save lives,” Mr. Cannon told the Foreign Affairs committee.

Maternal and children’s health will be forever tied to access to birth control, not least access to abortion. As comedian Rick Mercer wrote on Twitter when the news came out, “…caucus, read a book.” The idea that contraception use doesn’t have anything to do with saving lives is so out-dated I’m astounded the government would be actually say it out loud. Condom use decreases the spread of HIV/AIDS and other STDs, and it can be argued that hormonal birth control saves the lives of countless children who would have been born into dangerous, unhealthy situations.

Aside from this is the idea that women use birth control only because of the desire to not have children. Birth control is about more than just reproduction. There are a variety of health reasons as to why birth control is important. Many women risk their lives when pregnant due to underlying health issues. Many women are only able to stabilize and handle their monthly periods thanks to the hormones that birth control provides. And men avoid not only fatherhood, but sexually transmitted infections also through the use of condoms. Having, or not having, children is part of a more complex equation.

All of this to say that contraception will continue to play a role in saving lives around the world, and can have a strong impact in helping countries develop. The fear, of course, is that the Harper government is taking up right where the Bush administration left off—promising global health funding on terms that birth control not be included in the plan.

In a level-headed statement, the assistant medical dean at the University of British Columbia, Dorothy Shaw, told the Globe we need to focus on common ground to save lives. But in politics, common ground is uncommon—and I fear this is only one more step in eroding our government’s commitment not only to public health, but to women’s rights as well.