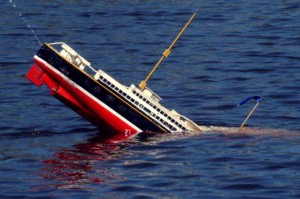 Pretty much every “women and children first!” joke has already been made relating to the upcoming G8/G20 conferences in Toronto and Muskoka, and the Prime Minister’s announcement that maternal and children’s health would be the core of the agenda. The Conservatives have been dancing around the issue of reproductive planning and what they actually consider valid measures to receive Canadian government funding. Contraception? Abortion? Stephen Harper initially wouldn’t commit to specifics, reported the Canadian Press:

[Harper] told the Commons that the goal of his proposed initiative is “to save the lives of women and children.”

“We’re looking at a range of options in that regard,” said the prime minister. “Obviously we’ll take the best scientific advice.” […]

After initially playing coy – including statements by Foreign Affairs Minister Lawrence Cannon that the G8 initiative “does not deal in any way, shape or form with family planning” – the government has since said that contraception is definitely part of the mix.

Abortion, in countries where such services are legal, is another matter.

Everyone clear? No? Well, here come the Liberals to shine a light! Or something. They introduced a motion calling on the G8 to consider the “full range of family planning, sexual and reproductive health options, including contraception.” Note that the word “abortion” doesn’t appear. Bob Rae, care to comment?

“Well, you know, I don’t think it’s a matter of . . . abortion under the . . . you know, not a matter of saying abortion is something we’re promoting as a policy,” said the usually smooth-speaking Liberal.

Anyway, it doesn’t matter because the motion failed after the Liberals failed to get enough of their MPs into the house to vote. The motion was defeated, no one knows anything, and the Liberals look ridiculous. Again. Michael Ignatieff’s response?

“I would have preferred a different result last night, and we have some internal caucus issues to work out.”

Everyone to the life rafts.