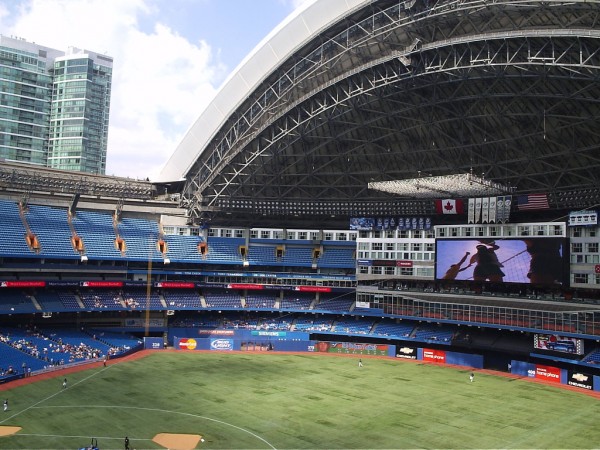 The National Hockey League playoffs open this week and the abundance of emotion-laden storylines are sure to captivate a significant portion of the the Canadian sporting public’s hearts. But while three Canadian squads—the Vancouver Canucks, the Montreal Canadiens and the Ottawa Senators—vie for Lord Stanley’s coveted Cup, there’s another, less exciting, story unfolding that probably should captivate our minds, even those of the non sports-adoring variety.

Tomorrow, the city council of Glendale, Arizona will vote to approve the arena-lease agreements for the two bids put forward to purchase the suburban community’s NHL hockey club, the Phoenix Coyotes. But, as the Globe and Mail reported this weekend, even if the leading bid, submitted by Chicago White Sox owner Jerry Reisdorf, is approved the lease agreement may not survive. In an interesting twist of fate, a lawyer for the Goldwater Institute recently announced that the conservative watchdog group won’t hesitate to take the city of Glendale to court if it appears the agreements are in violation of Arizona laws against public subsidies for private corporations.

The concern for Goldwater is a piece of the Reisdorf “memorandum of understanding” that calls for local taxpayers and businesses to foot up to $165-million of the purchase price and annual operating losses. While this sort of stipulation isn’t unusual in the standard agreements between sports franchises and host cities, it is unusual that a powerful watchdog is calling both parties out.

For too long, the public has dogmatically accepted the connection politicians and team owners like to tout between sports franchises and local economic development. Massive public subsidies are regularly given to billion-dollar sports operations under the guise that they will bring an influx of new economic activity to the local community. This year alone, Winnipeg, Quebec City and Hamilton have all, at one point or another, flirted with the idea of bringing a professional hockey team home. And each has made claims about the economic benefit a pro franchise would bring. However, the problem is that justification is demonstrably false. There is, in fact, no economic rationale for publicly funded sports teams and stadiums.

According to Andrew Zimbalist, a prominent sports economist at Smith College in Northampton, Massachusetts, all independent scholarly research on the economic impact of sports teams and stadiums has come to the same conclusion: there isn’t any. As he told Stephen J. Dubner on the New York Times Freakonomics blog, contrary to the rhetoric often aired by local politicians and sports teams owners, “one should not anticipate that a team or a facility by itself will either increase employment or raise per capita income in a metropolitan area.”

The economics behind this are complicated, but, generally, three principles hold. First, sports stadiums rarely create new capital: consumer spending on sport is almost always a redistribution of existing dollars in the local economy. People don’t spend money they wouldn’t have otherwise; they simply spend some their entertainment budget on local teams instead of something else. Second, much of the income generated by the team ends up leaking out of the local economy. Millionaire owners and players have their savings tied-up in world money markets and often live and spend their money outside of the host city. Third, and perhaps most importantly, host governments typically contributes close to two-thirds of the financing for the facility’s construction, usually takes on obligations for additional expenditures and routinely guarantee a significant amount of revenue. In other words, it’s the taxpayers that bear most of the risk—not the multimillion-dollar franchises that make a city home.

That’s not to say there aren’t perfectly good reasons for cities to host big-time sports teams or build world-class sports stadiums. It’s just that the supposed “positive economic impact” of a sports franchise shouldn’t factor into local governments’ decisions. Cities spend millions of dollars on cultural activities that they don’t anticipate to yield additional revenue. Sports teams can have a powerful cultural impact on a community and are integral part of most cities’ social fabric. If local residents value sport they are obviously welcome to allocate public dollars toward it. In fact, I, for one, hope they do. But sports teams and stadiums should be sold as a source of civic pride—not as a source of economic development.