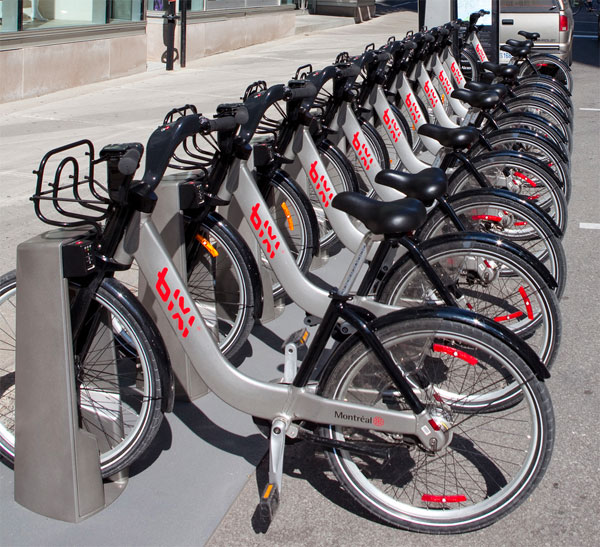 When Toronto launched Canada’s first bike share program in 2001, many saw it as a miracle project. Mirroring the popular-abroad systems of Paris and Vienna, the system allowed cyclists to grab their bikes at one hub, cruise the streets, and then drop the bike off at a rack nearest their destination—all for a daily or monthly fee. It seemed bike sharing would cut traffic congestion, greenhouse gas emissions, and even obesity.

It wasn’t to be. The program crashed after only five years and Canada’s been stuck in first gear since. Thanks to Bixi, that may soon change. The international company—which already operates programs on three continents—ran a trial bike share program in Ottawa-Gatineau and a five-day demonstration in Vancouver this past summer, and was in negotiations with Toronto in 2009. While its efforts to revive bike sharing there were a failure, Bixi’s fledgling program in Montreal is gaining momentum fast.

The program has been in operation less than a year and already has 5,000 bikes, 400 stations, and 10,000 full-time members. That’s massive compared to the 450 users Toronto had at its peak before the 2006 closure.

A coordinator with the group that ran Toronto’s short-lived program says the on-and-off success of bike shares in Canada comes down to funding. “It’s a struggle being able to charge enough,” admits Sherri Byer. Indeed, Toronto’s Community Bicycle Network was forced to shut down its program after falling short $80,000.

Even so, while change may be a long road, Bixi has given bike-share enthusiasts heart. Eleanor McMahon, president of the cycling advocacy organization Share the Road, says there’s no question that bike sharing needs to come back, it’s just a matter of when and how. “Cycling is not viewed as mainstream, and it’s time that city government stepped up [and talked about it],” she says. “We have to ask, what kind of city do we want?”