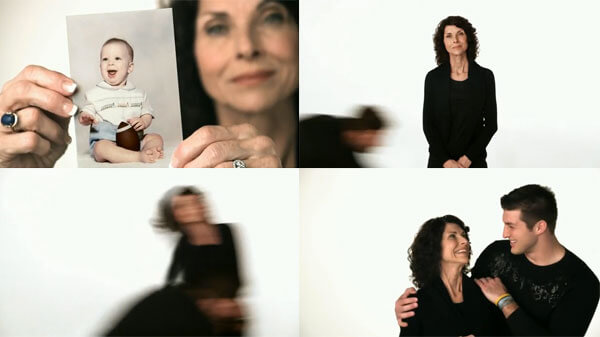 Stills from Tim Tebow's Focus on the Family ad that aired during the Super Bowl.

In all the hoopla following the New Orleans Saints’ momentous victory over the Indianapolis Colts in last week’s Super Bowl, an important piece of the biggest day in North American sports seemed to disappear all-too-quickly from the collective consciousness. With the pervasive and nauseating hyperbole around the significance of the Saints’ win in Hurricane Katrina’s wake and the excitement over the start of the Olympics in Vancouver Friday night, the fact that CBS ran a 30-second, blatantly pro-life advertisement funded by Focus on the Family in the middle of the most-watched event in television history appeared completely lost on the sports-loving general public.

The controversial commercial involved Tim Tebow, the former Florida Gator quarterback, Heisman Trophy winner and staunch evangelical Christian, alongside his mother Pam, speaking out against abortion. Ostensibly, though, the ad is just a mother and son sharing their story. Pam stares into the camera and laments that little Timmy “almost didn’t make it into this world,” holding up a picture of her “miracle baby” with a football cradled between his legs. The bit ends with Tebow tackling his mother and the pair posing for a heartfelt hug as Focus on the Family’s website is splashed across the screen.

The spot seems relatively innocuous―until it’s taken in context. First, Focus on the Family is a frightening organization. According to People for the American Way, it’s “anti-choice, anti-gay and against sex education curricula that are not strictly abstinence-only.” And, if that’s not enough, its president is the ultra right-wing nut-job James Dobson, who infamously said, in speaking of Roe v. Wade, that “the biggest Holocaust in world history came out of the Supreme Court.” Also, when the details of the Tebows tale are taken into account, the ad’s content becomes unavoidably political. As the story goes, Pam became pregnant with her fifth child while on a missionary trip to the Philippines. She was gravely ill at the time and doctors warned that giving berth would likely kill her. But she ignored her physician’s advice, choosing instead to stay true to her pro-life beliefs and―voila!―an All-American football player was born. The real message is obvious: Have an abortion and kill the next great college quarterback!

But as odious and ignorant as that position is, that’s the price we gladly pay for free speech. Tebow is inserting himself into a conversation that goes beyond the Xs and Os of the playing field, something too few athletes do. Fair enough. Good for him. The real problems with the ad are how utterly hypocritical and irresponsible CBS was in airing it and the absolutely ridiculous conversation it produced in the sports pages of North American newspapers.

CBS has had a longstanding policy against airing so-called “advocacy ads” during the Super Bowl, even those that implicitly endorse one side of a public debate. Though Focus on the Family is quick to point out that there was no mention of either abortion or pro-life ideology in the ad, the tacit anti-abortion stance is unmistakable. The organization’s contention that the spot simply supports its “Celebrate Family, Celebrate Life” tagline―whatever that means―is as laughable as it is insulting. Shelling out millions of dollars for a Super Bowl promo just to remind everybody that family is gosh darn great? Riiiiiiiiiiiiight.

CBS has also repeatedly used the policy to reject overtures from other advocacy groups―including PETA, the United Church of Christ and MoveOn.org. According to EdgeofSports.com’s David Zirin, this year the network even turned away an ad from a gay online dating service called mancrunch.com because, presumably, its “implied endorsement” was just too strong. Given that the Super Bowl is the largest sports event in North America and a hugely influential cultural force, that CBS would contravene its own policy and give precious airtime to―so it seems―radically right-wing political institutions only is deeply troubling.

Unfortunately, this point was largely missed by the mainstream sports media, who were too busy complaining about the intrusion of politics on their beloved pasttime or slobbering all over Tebow for his supposedly courageous stand. Of course, Tebow is welcome to use the platform sport provides to express his convictions. Too often sport’s reach is wasted and its political implications ignored because athletes are expected to “shut up and play.” But to act as if Tebow is a social crusader and locate him in the tradition of athlete activists like Muhammad Ali, John Carlos and Tommy Smith, as some commentators did, is embarrassing. Tebow is now the face of a rich and powerful American political organziation; Ali was sentenced to a five-year prison term. Tebow has been roundly treated as a hero for publicizing his views;  Carlos and Smith were demonized by their country after raising their fists at the ’68 Olympics. The young quarterback gave up nothing for his beliefs; the other three men sacrificed everything.

Even putting ideology aside, it’s a shame that when a prime-time athlete like Tebow finally does stand up and speak out, the resultant conversation so egregiously misses the point.