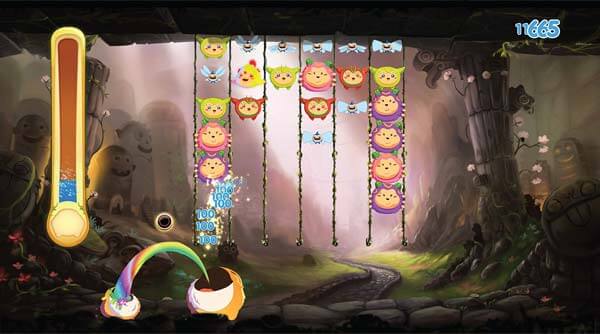 On May 5, 2006, 35 Toronto area video-game developers converged in one spot with a particular goal in mind: to create an entire game, start to finish, in just three days. It was a daunting task, but in the end 10 completed games were assembled, while seven others came just short of the deadline. The Toronto Game Jam—or TOJam as it is more commonly known—is now in its fourth year and is a superb showcase of the ever-growing independent game development community that has formed in Canada’s biggest city.

Canada has been at the forefront of the games industry for some time, but, in traditional Canadian fashion, has been rather quiet about it. Cities like Vancouver and Montreal are home to some of the biggest development studios on the planet; meanwhile a lack of major studios has made Toronto a hotbed for independent game developers.

One of the games to come out of that very first TOJam, titled Bubble Thing, was created in its entirety by just one man: Jonathan Mak. Mak followed this up with a game called Everyday Shooter, which he describes as “an album of games exploring the expressive power of abstract shooters.” In many ways it plays like a traditional arcade game, but its abstract visuals and organic sound design made people take notice. This included folks at Sony Computer Entertainment, who upon seeing the game at the 2007 Independent Games Festival (IGF), asked Mak to create a version of Everyday Shooter for the PlayStation 3, where it became a critical and commercial success.

This story isn’t unique. In fact, a Toronto-based developer is almost always in the running at the IGF. Metanet Software grabbed the Audience Choice award in 2005 for its game N, while Capybara Games snagged two awards in 2008 for their puzzle game Critter Crunch. Both studios have gone on to create new versions of these awardwinning games for traditional gaming platforms. “Toronto really doesn’t have any ‘large’ studios,” Capybara co-founder Nathan Vella explains. “There just weren’t a lot of opportunities to get a job in gaming here, assuming you go the traditional route.”

Because of this, Vella and several other members of the Toronto chapter of the International Game Developers Association eventually decided to forge their own path, and thus Capybara was born. They started out small, working mostly on projects for mobile phones, but have since expanded to create titles for the PS3, iPhone, and Nintendo DS.

Vella also believes that the early success of pioneers like Metanet and Mak has a lot to do with the current state of the city’s development scene. “They made awesome games that got critical acclaim and commercial success,” he says. “They helped put Toronto on the map, and inspired a lot of people who maybe didn’t think it was possible to survive as an indie here.”

It also doesn’t hurt that government programs like the Ontario Media Development Corporation help to fund just these sorts of companies.

“Metanet certainly wouldn’t be here without support from the OMDC, who have allowed us to travel to industry events and realize our ideas by providing us with funding,” co-founders Mare Sheppard and Raigan Burns explain via email. “Other funding through Telefilm and the Arts Councils has also been important. It’s a great city to be a small games developer in—there is so much enthusiasm and support that makes it possible to get closer to success.”

The landscape may soon change though, as Ubisoft, one of the largest game publishers in the world, will be opening up a studio in the city’s downtown core by the end of this year. The studio is expected to create 800 new jobs over the next decade and is costing the Ontario government $263 million. What effect this will have on the thriving indie community remains to be seen, but it doesn’t seem to faze the Metanet duo of Sheppard and Burns.

“We indies will keep doing what we do.”