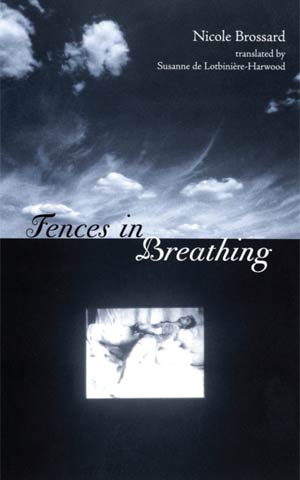 A woman of letters herself, Brossard’s Québécoise protagonist, Anne, labours to write a novel in a “foreign language.” Far from the familiar cadence of her mother tongue, Anne is exposed to the violent emotions that lie hidden beneath everyday language. In a glorious outpouring of hot, confusing words, Brossard, a two-time Governor General’s Award winner for poetry, writes of the profound anxieties and desires that Anne discovers in her linguistically alien world, a “realm … that is no longer euphoria but an endless dawn with its own heat.”

Anne’s futile attempts to write that world eventually shock her into silence: “I don’t dare write: I am frozen, fossilized in combat position.” She is paralyzed by a puzzle: how can fiction attempt to do what we, its creators and consumers, cannot—make sense of war, intimacy, the calamity of being born? Brossard leaves the question unanswered, though the answer not unhoped for.