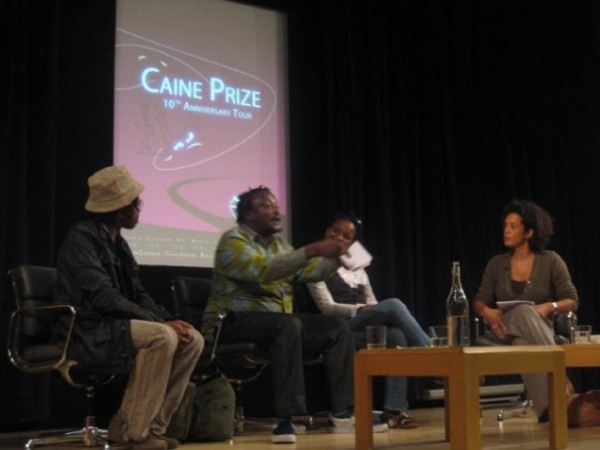 Last Saturday afternoon, I attended “Writing Africa: Making 10 years of the Caine Prize“ at the British Library in London. The prize, which awards around $16,000 to the best short story written by an African author, featured previous winners Chika Unigwe, Binyavanga Wainana and Brian Chikwava.

After the reading, a member of the audience asked whether this increasing access to African literature promoted through initiatives like the Caine Prize and publishing companies like Kwani Trust has also renewed young people’s interest in Africa literature. While there used to be a strong literary tradition in Africa, it was damaged by years of post-independence unrest in the 60’s and 70’s.

I recently visited a small Somali pastoral camp in North Eastern Province (NEP) in Kenya. Ebla, a ten-year-old girl, was telling the translator that she hoped to be a teacher. In her community, there were two role models: her parents, pastoralists, and the mwalimu, a pre-school teacher.

In other areas of the world, children are given access to hundreds of different role models. Children, teenagers and young adults interact with a variety of people, from poets to neurosurgeons, who inspire them with different ideas of how the world can be defined and the roles one can play.

However, in remote places, like in this pastoral community, there is limited opportunity for children to interact with people from different walks of life. And, while Twitter and other social/networked media movements do increasingly permit people to contribute their knowledge, it undoubtedly also furthers the big gap between the knowledge base between those with and those without Internet and cell-phone access.

In this sense, traditional literature is key in helping rural communities see themselves in a global context. This is particularly true in areas where lifestyles are threatened. In the northeast of Kenya, where drought is a recurring and worsening concern, the diversification of economic livelihoods is necessary and can be inspired by children developing new role models through this type of locally-inspired material.

Moreover, there might be an interest for making books like Harare North, Jambula Tree and Black Sisters’ Street accessible to youth in the Kireka slums or in Kenya’s mobile Somali communities. After the reading, I overhead a conversation between celebrated authors Michela Wrong and Binyavanga Wainana. Wrong was inquiring whether it was possible to publish the Kwani Trust’s volumes—a compilation of short stories, poetry and art by African artists—at a cheaper price, to ensure that more young people could access them.

This is an idea that must be supported. It is particularly important that African authors are given the opportunity to build their reputations and grounding within the populations they feature—particularly when they write about the ordinary: the woman who falls in love, the young boy who goes to school.

Sociology suggests that when someone is constantly told how they are, it eventually makes them who they are. By allowing young students to learn a sense of wonder in their world through voices bred by their communities will help reverse the victimized mindset bred by aid and the pornography of poverty.

During the conversation on Saturday, Binyavanga Wainana said: “If people are not patronized, they read!” Moving away from the gibberish of NGOs and the endless books on Africa, war and poverty, another way of supporting the marginalized around the world is to help give them a voice, whether through ICTs or through a more traditional means, literature.

I would encourage anyone interested in supporting this nascent movement to contact Billy Kahora, current editor of Kwani Trust at info at kwani dot org or through their website. Kwani Trust is also holding a short story competition with a winner’s prize of 100,000 Kenyan Shillings. Click here for details.