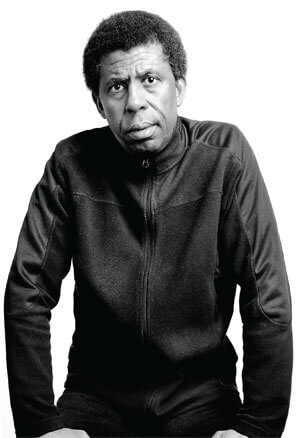 It seems strange to be given the task of “introducing” a man who has written more than 10 books and recently won major literary prizes in France and Quebec, but there it is: I, and presumably many in English Canada, had forgotten about Dany Laferrière.

I’d been a big fan of his a decade ago. I’d read all his books. I’d included a section from his autobiographical novel A Drifting Year—a wondrously sparse book about a Haitian immigrant’s first long cold year in Montreal—in Concrete Forest, the anthology of urban Canadian fiction I edited in 1998. But since then, nothing. Between 1997 and 2009, there were no new English translations of Dany Laferrière’s books and, consequently, I forgot all about him.

What happened to Laferrière? I didn’t realize how productive he’d been until just recently, when I came across some mention of his work and looked him up. And there he was—living in Montreal after a stint in Miami, enjoying, at 58, an impressive resurgence. While most of us weren’t watching, Laferrière had written seven more books, including one that was turned into a 2005 feature film starring Charlotte Rampling (the film shares a title with his provocative novel Heading South). In 2009, without most of us even noticing, Laferrière won the major French literary award the Prix Médicis for his part-novel, part-memoir L’énigme du retour, in which the death of an author’s father prompts a return to Haiti 30-plus years after he left the country of his birth.

I’m anxious to read the book but my French is pathetic. And, two years later, there is still no translation, a state of affairs to be parsed at length some other time. Right now, I’m here to (re)introduce you to the works of Laferrière. I recently pored over the two new books that publisher Douglas & McIntyre released in translation. One was the previously mentioned Heading South, a book set in Baby Doc’s Haiti that looks at the lives of middle-aged Western women and the Haitian rent boys who service them. The other is the 2010 release I Am A Japanese Writer.

Both are classic Laferrière. Written in sparse yet poetic prose, sly and earnest at the same time, they parse the mixed messages of post-modern identity with lustful exuberance. I recommend both, but Japanese Writer is the better book and the better example of why Laferrière is so worth reading. In this restrained novel, told in short chapters of three or four pages each, the author creates an alter-ego who has, based solely on the title of his proposed book—“I Am a Japanese Writer”—scored himself an advance. Word spreads about this non-existent book and controversy grips Laferrière’s imagined Japan, a country at once provoked and obsessed with the idea of a black man who had never even set foot on their soil daring to proclaim himself one of them. This is what Laferrière does. He writes movingly and cleverly about race, nationality, and, ultimately, the multiple conflicting ways we form our identities. His prose, in this case ably translated by his longtime translator David Homel, is deadpan and devious.

It drives us forward into narratives that defy us to come to easy conclusions. “I don’t give a shit about identity,” our protagonist tells the woman sent to his apartment to photograph him for a Japanese magazine. “Look me in the eye: there is no book.”

Lucky for us, after a decade-long absence, there is a book. Look me in the eye and tell me there’s another Canadian writer with as deviously delicate a take on the post-colonial diaspora and the perils and potentials of multiculturalism.

Hal Niedzviecki Then: This Magazine cultural columnist, 2001 Now: Fiction editor and publisher of Broken Pencil: the magazine of zine culture and the independent arts. Author of eight books, including the short story collection Look Down, This Is Where It Must Have Happened, published by City Lights books in April.
Share Tweet Email Print