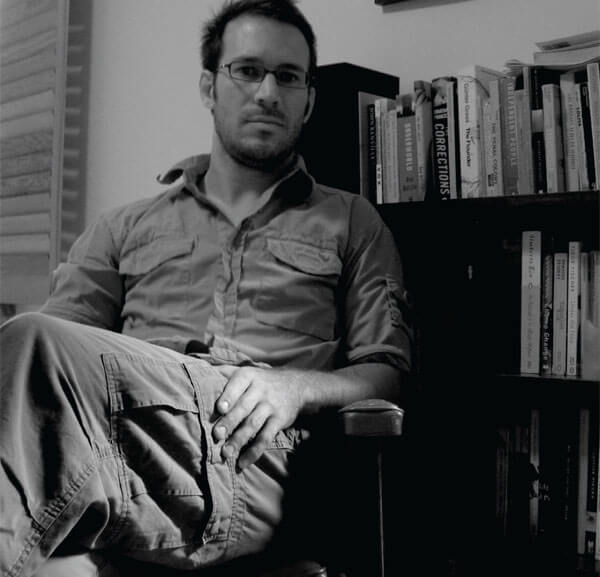 Imagine Joseph Conrad’s Heart of Darkness read by a woman with a girlish, high-pitched voice. How would it affect your interpretation of the text? What elements of the story would be heightened, and which ones muted? What effect can a reader have on a text? These are a few of the questions that arise when you sample one of the more than 3,700 audiobooks posted to LibriVox.

Inspired by open-source models like Project Gutenberg and Wikipedia, LibriVox was launched in 2005 by Hugh McGuire, an affable Montrealer with a background in mechanical engineering. Finding the selection of audiobooks on the slim side, McGuire bet that people would be willing to record audio versions of public-domain books, for free, simply to make them available to others.

He was right. LibriVox today boasts posts by 4,178 readers, of which the most prolific has posted 2,923 chapter recordings; the collection includes everything from Alfred Marshall’s Principles of Economics to Aristophanes’ Lysistrata. At the heart of the project is the belief that people are fascinated by transparency in cultural production, and that the public should have a hand in enriching the canon of available works.

With LibriVox now chugging along under its own steam, the 36-year-old McGuire is focusing on several new projects. Last October, he launched Iambik, which mines the talent in the LibriVox pool, matching some of those readers with titles submitted by more than 30 independent presses; the revenue-sharing model makes audiobook production more affordable, allowing for the creation of high-quality recordings of contemporary works. And this summer, McGuire will launch PressBooks, a WordPress-driven tool that will simplify the ebook production process for writers and publishers alike.

PressBooks users may benefit from the expertise of fans of another McGuire project, Bite-size Edits, a forum that “gameifies” the editorial process, allowing enthusiasts of the red pencil to earn points and prizes by editing the texts of books posted by publishers.

McGuire is the Canadian doyen of literary commons-based peer production. His projects enable public engagement in the preservation and dissemination of literary works, and show that, given the chance, there’s no shortage of material to share—and bookish volunteers who want to share it.