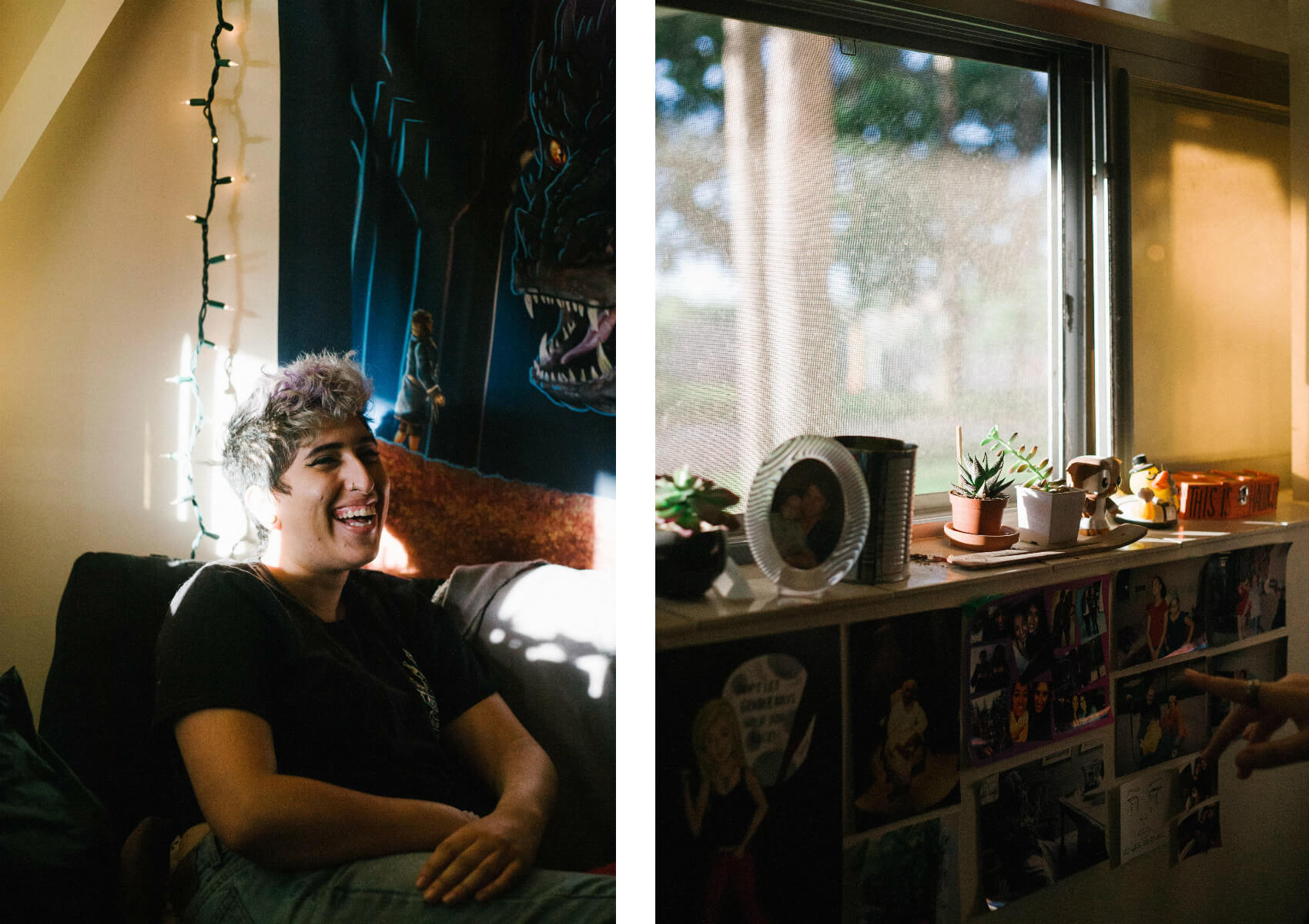 Hana Shafi’s Instagram feed is a burst of bright colours and thick lines interspersed with the occasional selfie. The Toronto-based artist, who goes by Frizz Kid, posts images of her digital art almost every day. From the playful—an anthropomorphic pizza slice placed around the words “Thick as hell”—to the serious—a person, closed-eyed with purple hair, and the affirmation, “You didn’t deserve it. You weren’t ‘asking for it’”—Shafi’s work deals with themes like body positivity, healing from trauma, and self-growth.

With more than 29,000 followers on Instagram and now, a book of illustrated poetry, Shafi has enjoyed success in her work—at least some of which she can credit to social media. “I don’t know a lot of other spaces I could have been in,” she says.

Shafi recalls often feeling out of place in indie zine and arts markets because she would be the only Brown artist there, and, as a journalism school graduate, the only one without formal art training. She says social media is the only place where she could start being taken seriously as an artist.

Among the many other benefits—and, arguably, detriments—that social media has brought about, increased visibility for artists from marginalized communities is a crucial one. In a space like the Canadian arts community, which is traditionally dominated by white men, it can be a more accessible way for Asian artists (and more generally, marginalized artists) to promote themselves. It offers the ability for Asian artists to carve out their own identities—to be judged for their work rather than how different they look from everyone else at the art fair.

It’s no longer a strict requirement that artists follow the prescribed path of going to art school and hoping to be picked up by a gallery. Instead, they just need to go viral online.

Ness Lee’s apartment is a large collection of things. Some are things she’s created by herself, like the ceramic pieces spilling out of the drawers of her studio, but others are small gifts from her friends that have become themes in her space: vegetable-shaped pillows and stress balls propped up on the couch or hanging from a wall; small tortoise memorabilia in honour of her pet tortoise, Frank Ocean. She often mentions names of other Asian photographers and artists, people she says it seems like “everyone in the city” knows.

For artists like Lee, social media offers a way to connect with other Asian artists. Although it has a population of more than two million people, Toronto is tight-knit, and it’s evident the Asian artist community is no exception. 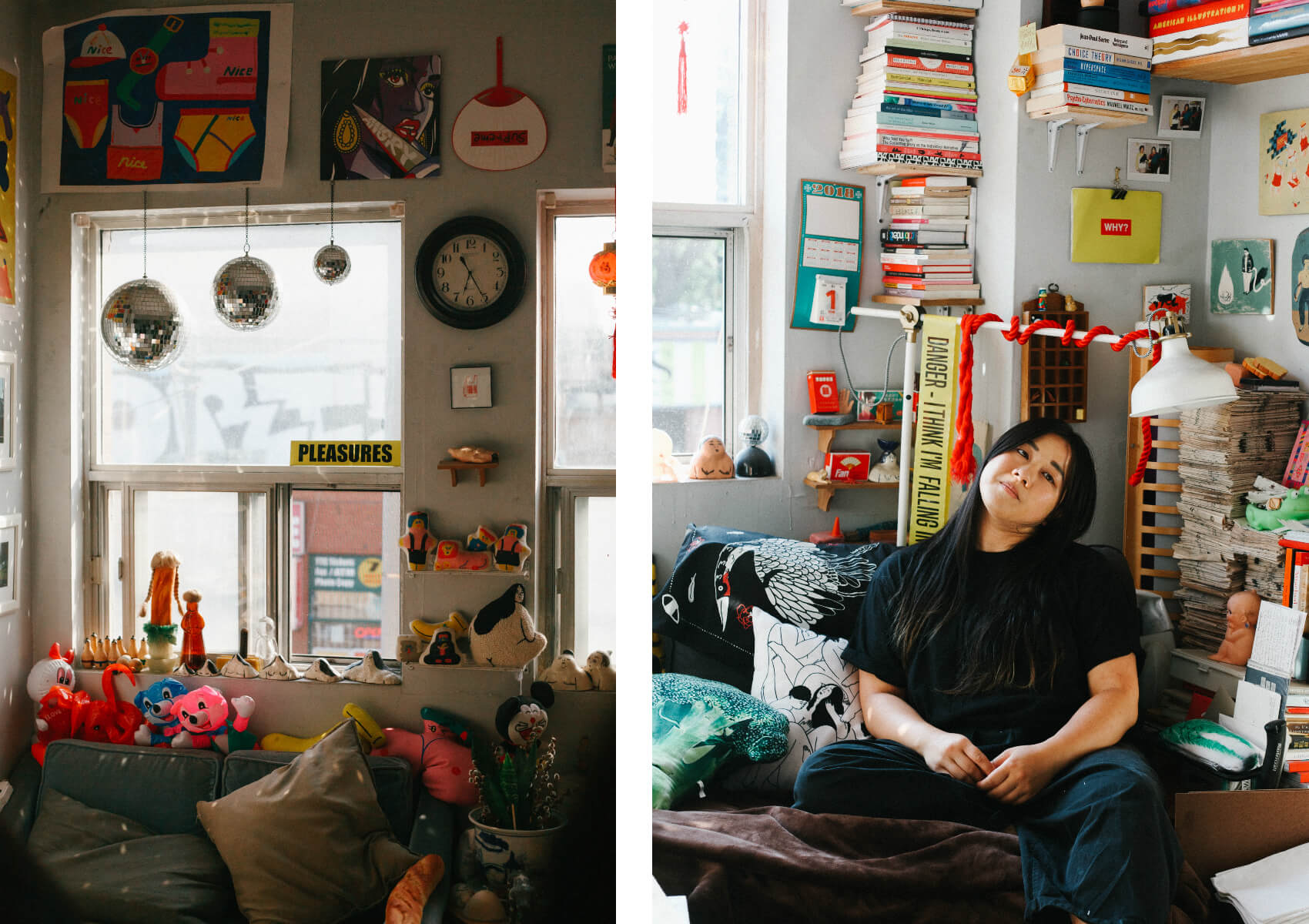 “Growing up, I had a lot of repression because I didn’t really have a way to talk to people,” she says. She explains that many of her friends came from immigrant families, and that they had languages they preferred to communicate in outside of English. Because she is Hakka, a Han Chinese diasporic group of about 80 million people, she didn’t know anyone who could understand her language. “I think [art] was just a way for me to talk to myself, or figure shit out,” she says. “Without me knowing it, I would notice I’d feel relief—it just felt good to make something, whether it was something shitty or not. It was a good way to work it out.”

Now, most of her connections are people of colour. “It’s really nice to have that kind of understanding from people,” she says.

For Lee, one drawback of having a following on social media, however, for Lee has been the following itself. Although her actual work carries with it a large personal weight, she says having a platform online—particularly her Instagram account, followed by more than 36,000 people—has made her unsure of sharing anything that isn’t art-related. “I want to make sure my voice is conscious and considerate,” she says. “I think my social media thing became more art, because I also can’t put my personal self into it anymore, because it’s just so scary.” She maintains a separate Instagram for personal posts, like photos of her feet.

She also struggles with guilt for her art receiving the attention it has—from her Toronto solo show, to a mural in partnership with Netflix’s “Orange is the New Black,” to the handful of other murals set up throughout the city. “I’m super thankful for it, but I’m wondering if I’m taking up too much space,” she says. She mentions impostor syndrome, a common phenomenon where sufferers feel unworthy of their own accomplishments, fearful they’ll one day be exposed as a fraud.

“Persistence is key. Staying curious, if you can afford to, is very key. Just being open, honest, and not superficial, I guess,” she says. “This social media thing. That whole conversation… It’s hard! I guess just, I don’t know, remember to be you.”

Shafi has had her own struggles on social media, particularly when one of her pieces went viral.

Set on a pink background, the piece features an ECG monitor line covered in flowers, with the words “Healing is not linear” written in bubbly lettering across it. The piece’s popularity jump-started her career in art, which, back then, was marked by on-and-off commitments to Facebook pages and Etsy stores. But since then, she says she’s been plagiarized numerous times; a Google search of the phrase yields multiple renditions and uncredited reposts of her original piece.

“I’m almost having trouble saying, ‘This is mine,’” she says, “especially when you’re a young woman and you’re putting your work out there.” 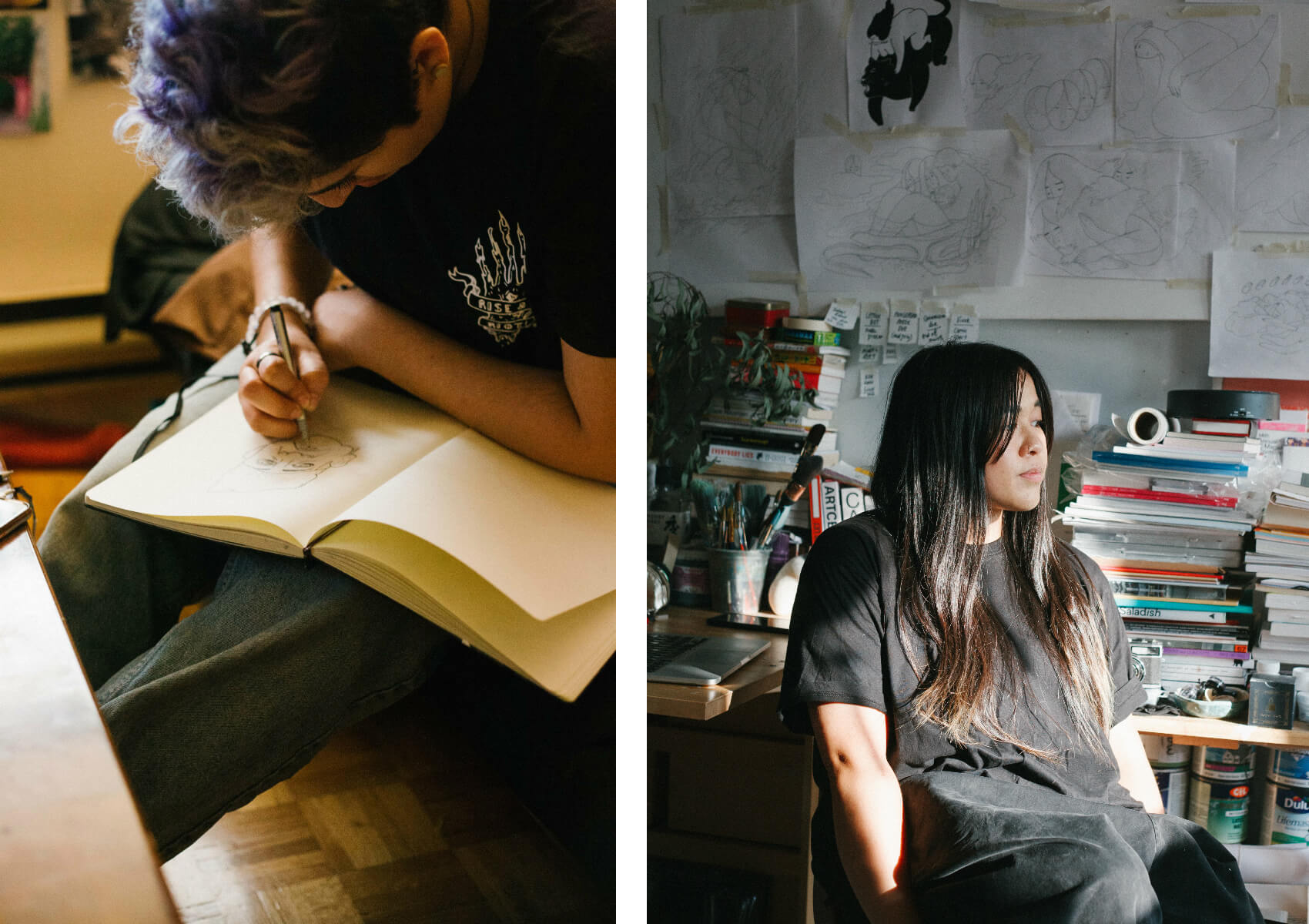 But for Shafi, who didn’t feel like she belonged in the traditional arts scene, with growing online recognition came with it a larger number of Asian artists reaching out to her with support and encouragement.

“[They reached out to me like,] ‘Hey, keep pursuing this. Maybe not everyone is being super supportive of you, but you have potential, you can do this. Keep practicing,’” she says. “I learned just in my own experiences, the true importance of community and just really knowing your worth and making that known.”

Hanna Lee is a former This intern and now works at The Logic.