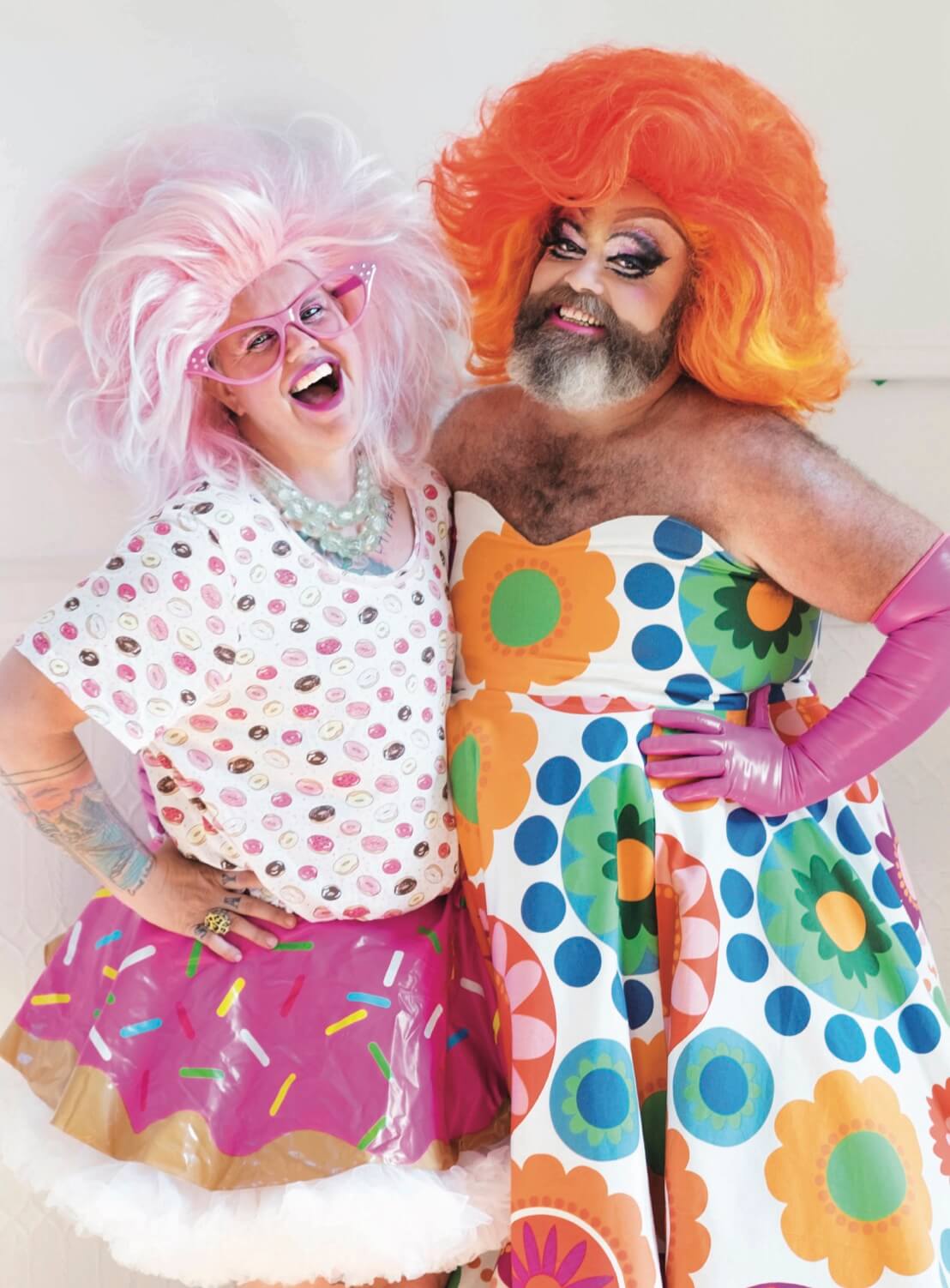 In a ballroom in Toronto’s LGBTQ Village, long-time drag queen Fay Slift smiles down at a young child dressed just like her. Both wear ice-blue wigs, bright patterned dresses, and long pink evening gloves. Around Fay’s look-alike sit more children, listening as she and Fluffy Soufflé, dressed in a navy muumuu and bracelets made out of tiny rubber ducks, read aloud from a picture book about bumblebees. It’s Fay and Fluffy’s Storytime, and the room is all ears.

Fay, or John Paul Kane, and Fluffy, Kaleb Robertson, bonded nearly 10 years ago, when Kane’s partner, a makeup artist, was the first to do Robertson’s makeup as Fluffy for a drag show. “That’s what made us sisters,” Robertson says. Soon after, the two began performing in shows together. When Kane, a kindergarten teacher, saw a video on Facebook advertising a drag queen story hour in San Francisco two years ago, he knew he wanted start one in Toronto.

“I love teaching and I love doing [drag], and I always wondered what it would be like to bring the two together,” he says. Robertson, who is an independent artist and a caregiver for young children, immediately agreed to join him.

The two reached out to Michael Erickson, a co-owner at the Glad Day Bookshop, and he helped Fay and Fluffy launch their first Storytime at the Yorkville Public Library during the Toronto’s 2016 Pride festivities. “It was a beautiful little crowd,” Kane remembers. Some of the kids in attendance, he adds, were also students at the school where he taught. Soon after, they approached The 519 to see if the two could do monthly readings at their space on Church Street. Since then, Fay and Fluffy’s Storytime has sort of “snowballed,” Kane says, with readings taking place across the city, including at the Royal Ontario Museum and the Art Gallery of Ontario.

When Kane and Robertson first began performing, drag culture in Toronto didn’t exist outside of bars and drag shows. With their monthly readings, Robertson and Kane hope to bring drag to new audiences and create fun, safe environments for their own communities.

He and Kane host Fay and Fluffy’s Storytime in fully accessible locations, and always for free. Diverse special guests, like burlesque performer Dainty Smith and author Catherine Hernandez, join Fay and Fluffy each month, bringing along a book they’ve specially chosen to read. The guests are prepped with guidelines on how to use inclusive, non-gendered language (like “How old is your little one?” instead of “How old is your daughter?”) when interacting with the children and their caregivers.

As Fay and Fluffy read aloud and ask questions of the children sitting in front of them, their voices are animated. When Kane slips up and calls Fluffy Kaleb, the two riff off the mistake and get laughs from everyone in the room. After the reading, a few families linger to catch up with Fay and Fluffy one-on-one. “One family has said to us, ‘You know, there are not a lot of places where you can take your autistic kid and your gender non-conforming kid and just be fully accepted and appreciated,’” Robertson says.

This is a place where kids get to experiment, he says, and it’s a place where queer parents can connect with other queer parents, where all kinds of families are welcome. Some children who met at Storytime now get together for regular playdates. “And they’re teaching their own parents,” Kane says, demonstrating that no matter your age, it’s okay to dress and identify however you like. “Those kids are powerful educators, and they’re not given enough credit for that. The openness of their hearts and their minds when they’re little, it’s immense. We can all really benefit and learn from that.”

Kane and Robertson hope that the families who attend Fay and Fluffy’s Storytime each month are inspired to reach out to one another and continue pushing back against the norm. “Because eventually,” Kane says, “the anti-norm will become the norm.” He pauses for a beat. “Not that we’d ever be normal.”