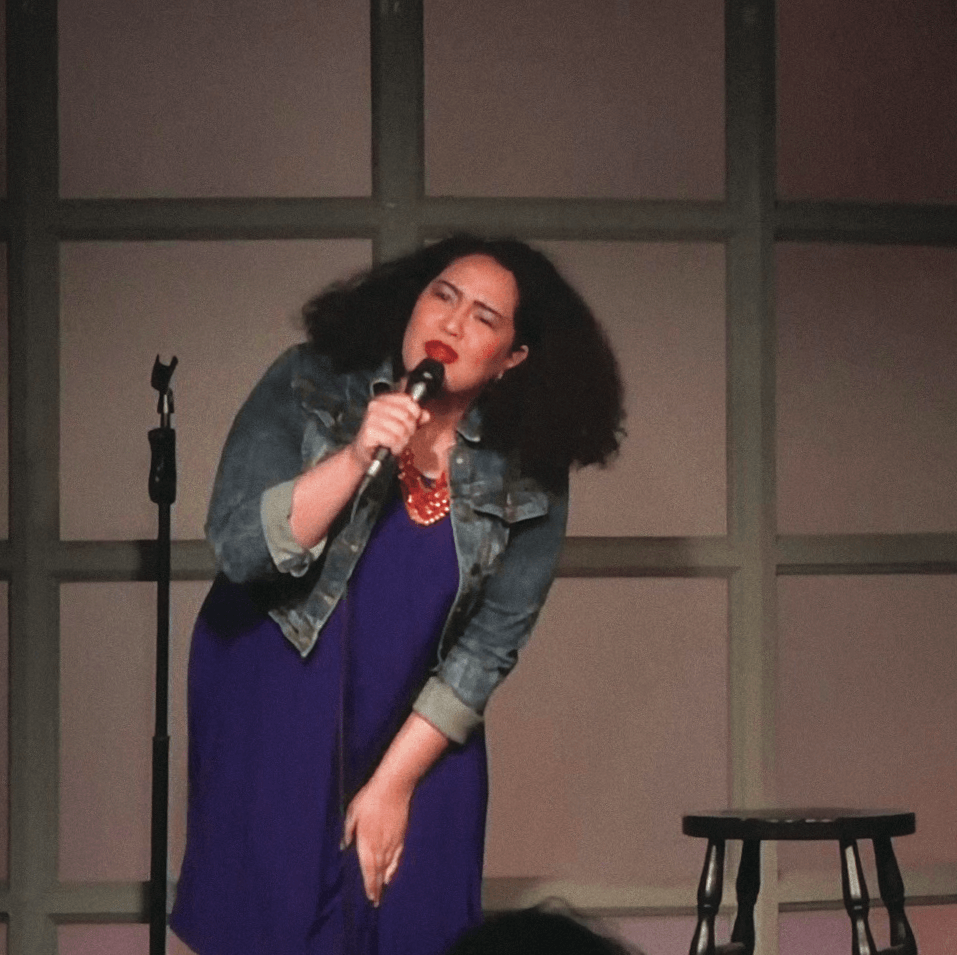 I take improv on Wednesday nights in a basement dance studio with floors so sensitive we’re not allowed to wear outdoor shoes on them. The ratio of men to women in the class is about five to one, which is pretty normal. It’s my turn to play.

On stage my scene partner stations himself at an imaginary computer, tapping the keyboard. He says, “It’s not working!” and I go over, put my hands on my hips and say “Hmm.” The teacher shouts to stop and we freeze.

“What do you think is happening in this scene?” she asks.

“Steph is coming on to him,” one of the male students says.

“Yeah,” another man chimes in. “Definitely something sexual here.”

In my head I’d imagined I was wearing coveralls and had a moustache. I wasn’t thinking about sex with a co-worker. Before I have the chance to say so though, the teacher shouts “Go!” and we continue the scene with the attributes we’ve been endowed with.

A week later, we’re working on an improv tool called “second beats,” where we take elements from previous scenes (characters, attitudes, objects) and play them in a new environment. A male player walks on stage and asks his female scene partner, “How’s your vagina?”

I immediately look to the teacher to see if he will stop the scene or give a redirect, but he’s silent. The woman on stage stumbles over some words. We make eye contact (I’m the only other woman in the room) but I don’t say anything either—I don’t know what to do. In the scene before, another male student complained about his sex life and his scene partner inquired whether his wife was wet. So, loosely, his question could be labelled as a second beat. I’d like to argue that unless you find yourself engaged in sexual activities with a person with a vagina, it’s probably never okay to ask that question.

Being a woman in comedy means you can’t just be in comedy. You can’t separate your identity from your hobby, passion, or place of work. In class and on stage, I make the same choices I’d make on the sidewalk and streetcar, in the bar and at the gym, but now everyone’s looking. Inseparably woman here, my choices are weighted by knowing I might have to teach a group lesson to a wily room.

Erinn White, a stand up-comedian in Kitchener-Waterloo, Ont., shoulders this responsibility in her material, which she calls “observationally political and explicitly feminist.” The 35-year-old has told men in her shows who believe (and vocalized) that they thought it was their job to heckle that they won’t be able to shut her up. “Because I’m older than the general comedy club crowd and look physically nonthreatening—like a history teacher,” she believes she can sometimes get away with calling people out.

But Erika Ehler, a Toronto stand-up, has had a different experience. “There’s no reward for doing the right thing,” she says. Ehler quit running an open-mic at the venue Smiling Buddha when a racist comic wasn’t fired or banned from the premises after his repeated behaviour. Both women have been accused of “being delicate” and told they “can’t take a joke.”

It’s why I didn’t stop the scene in class myself. I couldn’t decide if it was my job to stand up. It sometimes feels like women can’t do anything but just go along with dastardly behaviour without losing a room, friend, or gig.

“There are times where the people who have the power don’t see the problem or don’t care,” says White. “So who has the authority and the obligation to confront this stuff?”

Even though it’s uncomfortable, I won’t stay quiet the next time sexist behaviour plays on stage or in class. Stage lights play tricks and make some people think they’re as big as their shadows. But when I tell a sexist to suck it, or at least back off, it’s bigger than me.