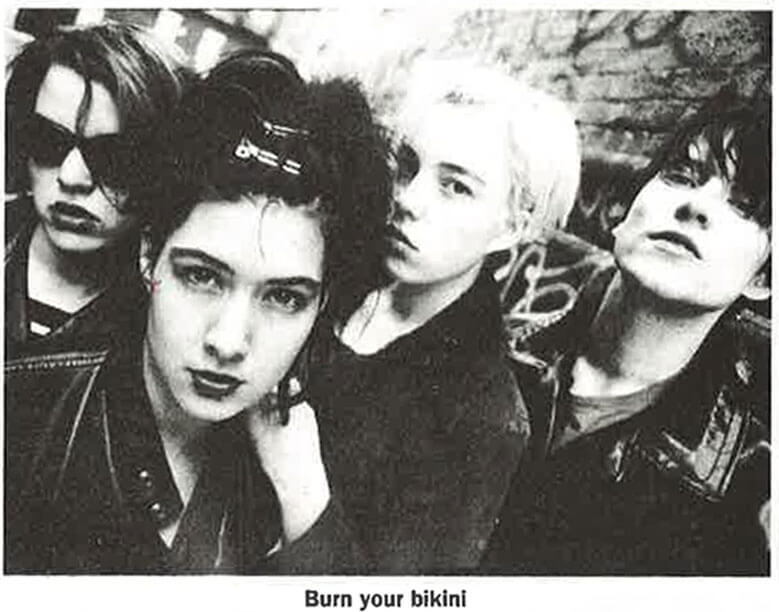 The “Nirvana: Taking Punk to the Masses” exhibit at Seattle’s EMP Museum should have been heaven. For a fan of Nirvana, Mudhoney, and a bunch of other bands from the Pacific Northwest like me, a room filled with rare artifacts, such as the sweater Kurt Cobain wore for the MTV Unplugged appearance or the drum kit Dave Grohl played on In Utero, was like grunge Disneyland.

But my trip to the happiest place on Earth was not so happy for two reasons: a security guard who was a real stickler for the “no flash photography” and the “stop putting your greasy hands on the glass surrounding the Grohl drum kit lady from Canada” rules, and the lack of women included in the exhibit’s history of the scene.

The Seattle scene—a problematic term but one that my word count doesn’t allow me to complain about at length so let’s just group some bands that sound nothing alike together with some musicians that may or may not be from the region and pretend we’re a lazy music journalist in 1992—has always included women making music and playing in bands from The Fastbacks to Dickless to The Gits, but you wouldn’t know that from its history.

For a supportive scene that celebrated diversity and opposition to the mainstream, the contributions of women are often ignored, glossed over, or trivialized. Reading books or watching documentaries about “grunge”—again I hate this term, but word count—you would think it was one big flannel-clad sausage fest or that the only women making music at the time was Courtney Love. The history of grunge is definitely not about a girl.

A 2016 issue of British music magazine Q celebrated the 25th anniversary of grunge with a special package that featured musicians and insiders talking about the scene and its music. Sadly, there were no women included in the piece. A list of the 25 most influential grunge albums includes just one entry from a band featuring women, Hole’s Live Through This at number 23—a great album, but one that 23 years later people still wonder if Cobain wrote, which is infuriating to say the least. A Rolling Stone readers’ poll of the best grunge albums of all time doesn’t have a single female on the list. (Also, number one is Ten by Pearl Jam, which makes me want to cage fight all the readers who participated in this poll.)

April 5 marked the 23rd anniversary of the death of Kurt Cobain. In February, Cobain would have turned 50. Life magazine recently published a special edition to coincide with Cobain’s 50th birthday, and each year on the anniversary of his death we get articles, thinkpieces, and the opportunity to revisit every conspiracy theory around his death the internet has to offer.

The anniversary of the death of Alice in Chains singer Layne Staley, who died of a drug overdose in April 2002 at the age of 34, is treated in a similar manner. There are editorials, collections of clips of great performances, and photo galleries. 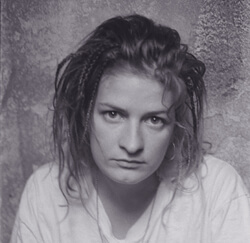 If only female musicians who died were afforded the same column inches. Gits lead singer Mia Zapata was brutally raped and murdered after leaving Seattle’s Comet Tavern in July 1993, but there is never a media mention on the anniversary of her death. Same with 7 Year Bitch lead guitarist Stefanie Sargent, who died in 1992, or Hole bassist Kristen Pfaff, who died two months after Cobain in June 1994. These deaths are largely ignored and overshadowed by those of their male counterparts.

Many of the grunge bands popular at the time—Nirvana and Pearl Jam specifically—regularly challenged sexism and traditional gender roles, as well as championed feminist organizations and causes. They also supported their female musical counterparts by bringing them on tour as supporting acts and mentioning them in the press.

While the atmosphere of the time was encouraging of female-fronted acts, and the women were talented, they still never received the coverage they deserved. Women seemed only to be taken seriously when a male musician lent them legitimacy or credibility, like Eddie Vedder supporting Rock for Choice—a concert started by L7—or Cobain name-dropping Bikini Kill in interviews. 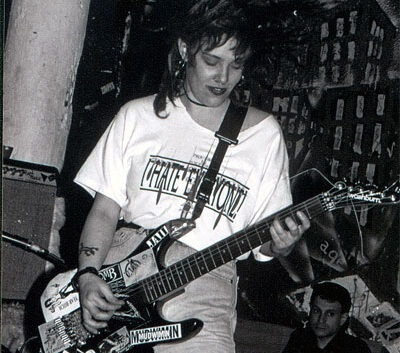 If female musicians did receive press it often focussed on their appearance and how they dressed,  or relegated them to special “women in music” features, ghettoizing them and packaging them as one cohesive group and failing to acknowledge their diversity, unique musical styles, varied approaches to feminism, or individual histories. Not to mention the fact that female promoters, venue owners, music writers, and photographers were barely mentioned at all.

“The Top 11 Hottest Women in Grunge”-type list was a common editorial fixture in the ’90s, highlighting appearance and sex appeal over any musical accomplishments, basically treating female musicians as nothing more than eye candy with guitars. Describing Bikini Kill’s Kathleen Hanna, one list says, “Hanna is smart, fearless, and can rock either a fiery punk look or a hot librarian outfit like few others.” She sounds like a punk rock paper doll.

Coverage at the time also tended to focus exclusively on Courtney Love—grunge’s most popular poster girl and widow—with her much-publicized antics and opinions overshadowing the important contributions of other female musicians. Or the media fixated on Olympia, Washington’s Riot Grrrl movement, which many female musicians were associated with whether they identified as Riot Grrrls or not.

And when they’re weren’t being judged solely on their looks, they were often mentioned only in regards to their relationship to a man. Love will always be defined by her relationship to Cobain, sadly, even 23 years later. L7’s Jennifer Finch should definitely be written about for her musical accomplishments, but one book I read felt the need to repeatedly remind me she once dated Dave Grohl.

Of course, grunge is not the only musical scene to ignore or marginalize the contributions of women. In her 2014 Guardian article, “Punk has a problem with women. Why?” writer Charlotte Richardson Andrews described punk rock’s problem with female visibility. She argued that women were forced to fight for space in an industry where men held all the power and made all the decisions. Women in the punk scene were ignored by male music executives, male journalists and male promoters. They were objectified by music magazines and experienced sexism from an industry that only promoted “the lucky few to whom industry gatekeepers deign to give a platform.” She could just have easily been describing grunge or any other music scene.

As the summer concert season approaches and festival line ups are announced, a fun internet pastime is to remove all-male acts from lineups and see what few bands are left. It’s a pretty depressing game, to say the least. Despite the fact that women make up over half of the attendees at summer festivals, you won’t find many of them on stage.

A 2015 breakdown of summer festival lineups found that the percentage of female acts ranged from a dismal 13.5 percent to a still depressing 30 percent. The lineup for this summer’s Reading and Leeds Festivals includes 57 men and one woman. Lady Gaga recently headlined Coachella, but this was only the second time a women has taken the top spot in the festival’s 18-year history. It’s shaping up to be another cruel summer for music fans. And, yes, I did just Bananarama there. Thank you for noticing.

Lisa is publisher of This. She also frequently writes about pop culture for the magazine.