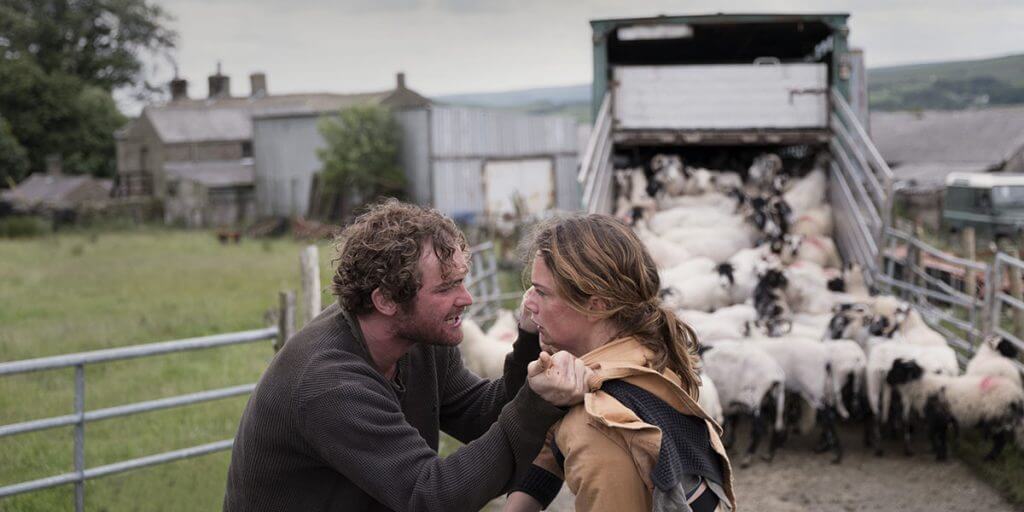 A still from Dark River. Photo courtesy of TIFF.

Bear with me while I state the obvious: No paucity is more appalling in cinema history than that of women in the role of director—the role most closely linked with creative power and authorial vision. For an industry typically associated with liberal ideals, the movies have remained tethered to a fiercely gynophobic paradigm for its century-plus of existence. The situation is bad for myriad reasons regarding equality, gender perception, and professional integrity. It’s also just bad for movies: They suffer when dominated by the perspective of a single race, culture, class, or gender—and gender, of course, spans race, culture, and class. Movies need women.

This spring, the Toronto International Film Festival inaugurated a five-year commitment to “increasing participation, skills, and opportunities for women behind and in front of the camera.” In keeping with this mandate, one-third of the selected films at the 42nd TIFF, which ran from September 7-17 this year, were directed by women, while exactly half of the dozen films in TIFF’s Platform competition were female-directed. I would be happy to applaud this gesture of affirmative action for its own sake. But the real news is that the vast majority of the most compelling, innovative, moving films I saw at TIFF this year were directed by women.

At 89, Left Bank-French new wave icon Agnès Varda was surely the oldest director to have a film at TIFF this year, though Faces Places was easily the festival’s most youthful, playful selection. Co-directed with a 34-year-old photo-based artist known simply as JR, Faces Places follows Varda and JR as they roam the French countryside in a van that doubles as a fotomat and record their encounters with a farmer, a postman, factory workers, the children of miners, and many others. These individuals become the subjects of enormous photographic prints that are pasted to the facades of various buildings and other surfaces in their respective communities. No other film at TIFF ’17 prompted in me so much laughter and so many tears—often at the same time. Faces Places is about passing through but not passing over, about stopping, seeing, and being truly seen.

Seeing, and, perhaps even more so, listening, are key activities in Zama, the long-awaited fourth feature from Argentine auteur Lucrecia Martel. The story of a bureaucrat for the Spanish crown marooned in a South American backwater in the 1790s, Zama is Martel’s first period piece, first literary adaptation—of Antonio Di Benedetto’s eponymous 1957 novel—and first film to feature a male protagonist. Paranoid, obsessed with social status and prone to violent outbursts, Don Diego de Zama is not an endearing character. But he is fascinating. He clearly fascinates Martel, who conveys his fraying psyche through a masterful manipulation of the subjective gaze and unnerving aural effects, such as voices whose sources remain mysterious and descending electronic tones that alert us to Zama’s seismic internal shifts.

Female directors needn’t tell female stories to exude a female perspective: Just as Martel creates a darkly alluring drama out of Zama’s simultaneously male-privileged and geographically disenfranchised desperation, Germany’s Valeska Grisebach produced a transfixing quasi-genre film populated almost entirely by men inhabiting very traditional gender roles. Grisebach’s Western concerns an all-male group of German labourers working on a water facility project in rural Bulgaria, several of whom behave condescendingly or even reprehensibly toward their hosts, the exception being the initially taciturn ex-Legionnaire Meinhard, who every day after work parts with his fellow Germans to spend time with the locals, despite their leeriness and lack of common language. As with Claire Denis’ 1999 masterpiece Beau Travail, Western is an intensely insightful examination of male culture in part because it was made by a woman, one with a profound interest in men that is at once critical and empathetic, distanced and intimate.

Lest you get the impression that TIFF’s mandate automatically equals greater films, allow me to report some significant disappointments. In Saudi director Haifaa Al Mansour’s English-language debut, the strained, expensive-looking, bullet-point biopic Mary Shelley, there’s nary a trace of the vitality that characterized her earlier film Wadjda. Angela Robinson’s Professor Marston & the Wonder Women is a middle-brow, ever-blushing, exceedingly conventional portrait of the unconventional family helmed by Olive Byrne, Elizabeth Marston and William Marston, the creator of Wonder Woman, who was the subject of Jill Lepore’s 2014 book The Secret History of Wonder Woman—which if you’re interested in this material is a far better investment of your time. The Hollywood tradition of actors-turned-directors, meanwhile, yielded the usual mixed results. Greta Gerwig made an irresistibly charming, smart and funny directorial debut with the semi-autobiographical Lady Bird, while her fellow Sacramento native, Oscar-winner Brie Larsen, made a fitfully amusing, mostly awkward, Charlie Kaufman-esque fairy tale comedy starring herself as an aspiring artist with a penchant for glitter, rainbows, and unicorns called Unicorn Store.

Let me close this survey with a film that, it seems to me, didn’t get enough attention upon its TIFF world premiere. British director Clio Barnard made an arresting feature debut in 2010 with The Arbor, a formally provocative documentary about the late playwright Andrea Dunbar. Barnard’s second film, 2013’s The Selfish Giant, also drew accolades and favourable comparisons to the films of Ken Loach. Barnard’s third film, Dark River, might seem on the surface to be her most orthodox, but this taut trauma-drama about a young woman’s return to her family’s farm following the death of her father slips between past and present, between realism and myth, between body and soil, with an eerie, seductive dexterity. A dark horse in the Platform competition, Dark River didn’t take home the prize, but it did receive an honourable mention from the jury consisting of Wim Wenders, Chen Kaige and Małgorzata Szumowska. Though it seemed to have gained little traction at the Festival, I suspect time will be kind to Dark River, because it’s with this film that Barnard has truly come into her own, balancing the dictates of narrative, aesthetics and politics in a way that feels unique to her sensibility. Barnard’s is a voice that’s here to stay, and Dark River will one day be regarded as the point where her contribution to the current cinema begins to truly flow.

I’ve written many surveys of TIFF and other film festivals over the years and have never had an opportunity to write so widely about important films helmed by women. This was not—again, bear with me while I state the obvious—because of any lack of talented female directors. It is my hope that this five-year initiative becomes both ongoing and influential, until such a time when half the human race is no longer marginalized to subordinate roles in what is arguably still the world’s most popular and far-reaching art form.