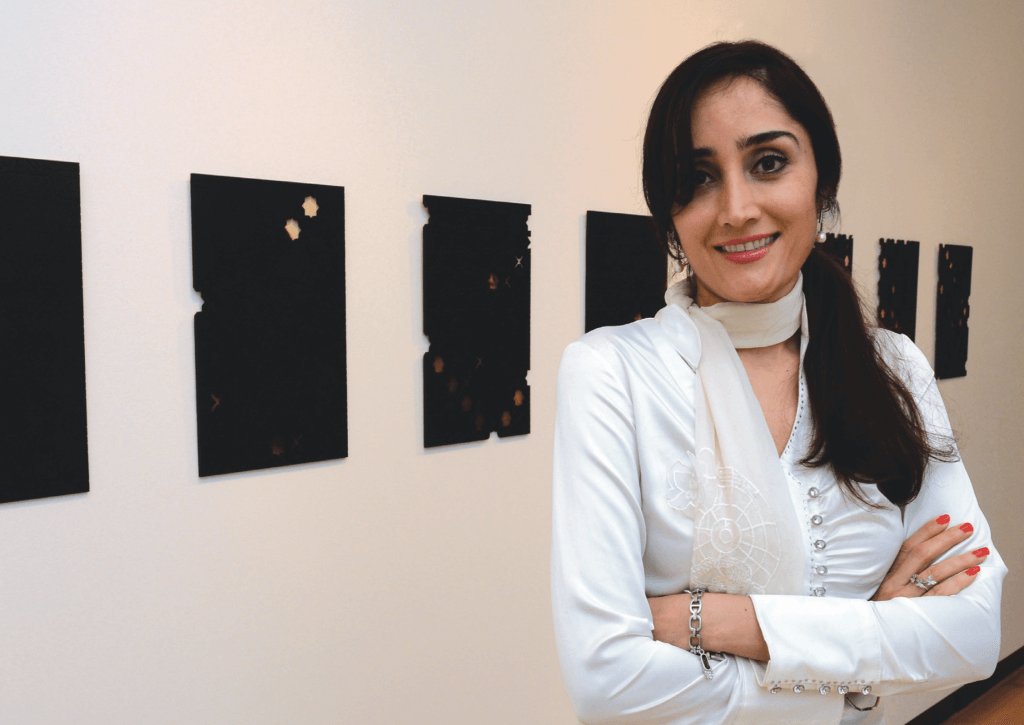 Behind black lattice, parts of women’s eyes, lips, and noses peer out of the art piece, fighting to be individualized. While women in Iran are not the shrouded masses that the media stereotypes them as—a walk through Tehran, the country’s capital, usually includes women dressed in fashionable colours, patterns, and makeup—they are nevertheless required to abide by a modesty code. Hair, arms, and legs are to be covered while outdoors. A composite of woodwork, photography, and computer graphic design depicting hidden women’s faces comes into being to criticize Iran’s mandatory hijab law. This is Outcry #3, the third in a series of multimedia pieces of the same name created by Manitoba’s Zahra Baseri.

When Baseri speaks about some of the propaganda directed toward women in her home country of Iran, her voice zigzags between steady seriousness and giddy irreverence. “One time, we were told by a school teacher that if we ride our bicycles, because our legs were moving, we would be burned in a big bonfire that God made in hell,” she says with measured speech. “And I remember thinking: what kind of stupid God would do that?”

The contradiction that she often speaks of bleeds into her perceptions of the lives of the women in her society. At once both emancipated by past progress and oppressed by the country’s current government, Baseri believes that the lives of Iranian women are defined by their paradoxes. 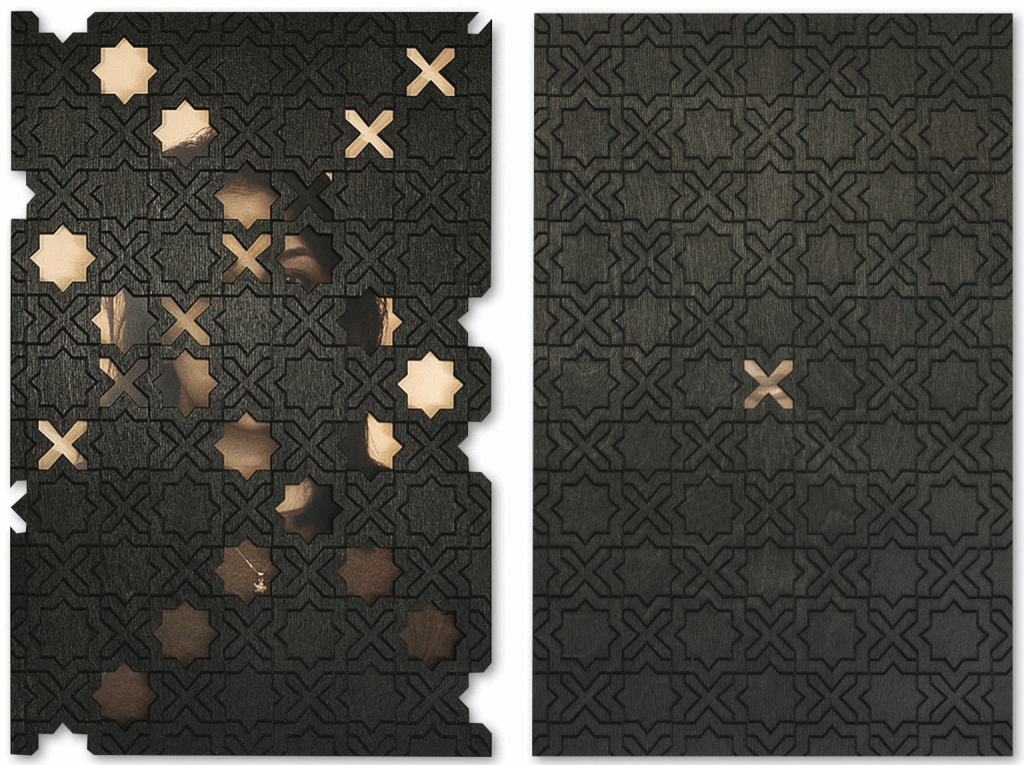 The Pahlavi family presided as royalty over a then secular Iran, before the 1979 revolution occurred, bringing about the country’s Islamic Republic. Before the Pahlavi took over Iran during its 1953 coup d’etat led by the British, Islamic religion was deeply woven into the country’s politics under the Qajar monarchy. Iran’s religious and political history is complicated—ironically, after the overthrow of the Qajar monarchy, wearing a hijab was rendered illegal in Iran—and the country has been under everything from enforced secularity to a theocratic, unitary state. “Before the revolution, the Pahlavi brought modernity into the country, albeit by force, and the women are still using it,” Baseri says.

Today in Iran, women outnumber men in universities. Because technology is prevalent, women are no longer limited to the propaganda around them, allowing them the ability to question the world around them.

Still, “we are not very powerful, literally, against the constitution of the country,” Baseri says, speaking of Shariah law. “It’s totally misogynistic.”

In trying to capture this experience, Baseri turned to art. An engineer in Iran, Baseri immigrated with her husband to Canada four years ago. She decided to take a risk and entered the University of Manitoba’s fine arts program. In 2016, when she was in her last year of the program, she created Outcry #3. The piece is made out of photos of her Iranian friends with wooden panels placed on top.

Baseri’s professors were impressed by her design and suggested that she enter her piece into BMO Financial Group’s first national student “Art!” competition. That year, the competition accepted submissions from 100 institutions all over the country and gave out both a provincial and national prize. Outcry #3 beat out all of Manitoba’s competition.

In the coming year, Baseri will be pursuing a master’s degree in art at the University of Waterloo. When asked how she feels about being an Iranian- Canadian artist at a time that seems to be defined by xenophobia toward her people, Baseri does not skip a beat in offering an answer.

“The message behind my piece is that women are being masked, but at the same time, are putting in effort to break free from this environment: to get out of the shell and have their voices be heard.”