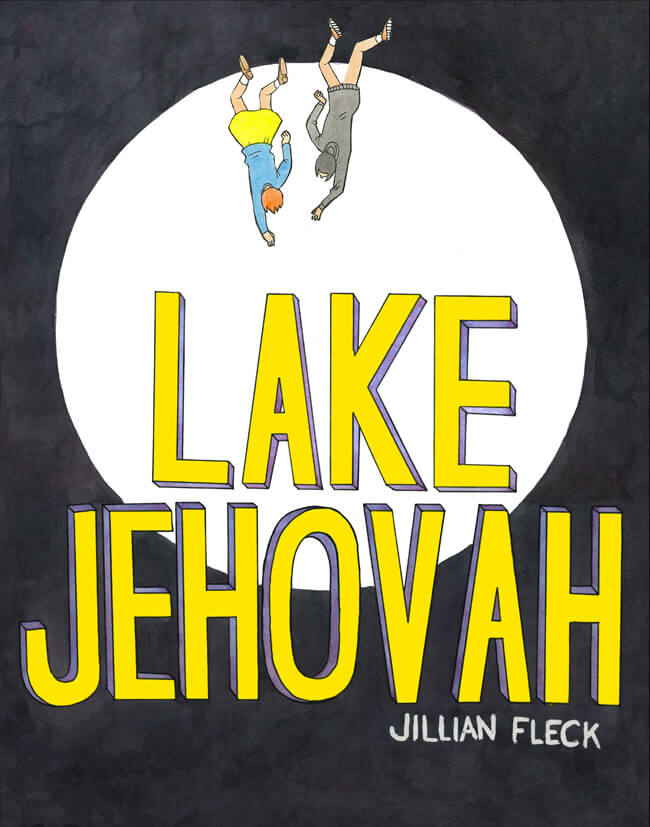 Lake Jehovah is Calgary-based comic artist Jillian Fleck’s first graphic novel. The story revolves around Jay, a genderqueer character, and the oddities of life in a small town in northern Alberta facing a series of apocalypses. Jay goes by the pronoun “xe,” but just as xe’s character evolves, so do the use of pronouns, with many people opting for “they” when referring to Jay toward the end of the story.

Through its comic style vignettes, the graphic novel brings the reader into Lake Jehovah’s mystical and dark world—much of which revolves around its bottomless lake. It’s a town where animals talk and demon creatures can be found in the depth of the forest, and where Jay feels certain it’s only a matter of time before the world ends.

Those thoughts are what ultimately send Jay into a tailspin, pushing xe’s girlfriend away, and leaving xe to months of solitude. But this remains a story about human nature, relationships, and learning to let go. Jay’s crisis about the meaning of life is something everyone can relate to and empathize with.