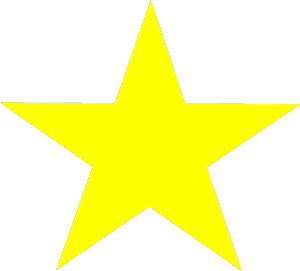 We know we missed many of the amazing Canadians who out there doing great social justice work in this issue, so we’ve decided to feature new all-stars online at this.org throughout January and February. In our first online-only profile, we introduce you to Courtney Cliff, a 23-year-old activist who is doing amazing social justice work with gay straight alliances in Alberta.

Know an all-star who didn’t make the list, but you’d like to see featured? Tweet us your nominations at @thismagazine or send editor Lauren McKeon an email at [email protected] We can’t wait to see who you pick so we can be even more inspired! Also stay tuned for more content from the magazine.

Waiting outside a meeting room at MacEwan University in Edmonton, Courtney Cliff is only pretending to look at her phone. It’s 2011, and Cliff is in the first year of her sociology degree. She’s seen the rainbow-coloured posters for InQueeries, a student group that welcomes LGBTQ, straight, and allied students, all over campus. Today is the group’s first meeting of the year and though she wants to join, Cliff is too nervous to go inside. At 19, she identifies as queer, but has never been part of a LGBTQ community—growing up in a conservative Alberta town, Cliff’s peers bullied her because they suspected she wasn’t straight. At Cliff’s high school, support groups for LGBTQ students were non-existent. Outside the InQueeries meeting room, she feels like she’s about to jump off a diving board in front of a huge crowd. Twenty minutes pass before Cliff finds her courage and steps inside. “If I don’t do it now,” she thinks, “I probably never will.”

It’s an instant fit. Within a year, Cliff is the president of InQueeries, and is also involved in other activist groups, including the MacEwan Sexual Health Club and the Feminists of MacEwan Club. Now 23, Cliff is fully entrenched in the advocacy world. Still located in Edmonton, Cliff works part-time with as the community liaison worker for the altView Foundation, a charitable organization dedicated to making Strathcona County a better place for LGBTQ citizens. Her job is to work with youth and teachers in the area’s public schools to create Gay Straight Alliances (GSAs)—groups like InQueeries that, as official student clubs, serve as a safe space for LGBTQ students and straight allies. Cliff says she hopes she can do the job forever. She adds that she lives vicariously through the students, who have—positive—opportunities she didn’t at that age. With her work today, she believes she is seeing what her high school experience would have been like if there were a GSA: so much better.

Kiyl Fairall, who co-founded the MacEwan Sexual Health Club in 2013, says that Cliff looks at things from a broad perspective to see who’s missing from important conversations and why. It doesn’t matter what’s happening with Alberta’s political climate, Fairall adds, Cliff doesn’t get discouraged—she keeps fighting. “She continues to show up for and support the kids she works with through her job at altView,” Fairall says. “She tells them that despite pushback, your experiences, stories, and identities are valid.”

Living in Alberta can be challenging for LGBTQ activists and youth. Cliff has faced—and continues to face—obstacles while she fights for equality in the province’s conservative climate. On April 7, 2014, the Liberal party urged the Alberta government to create legislation that would require school boards to develop policies to support students who wanted to form GSAs. The province’s Progressive Conservatives (PC) responded in December by introducing the Act to Amend the Alberta Bill of Rights to Protect our Children, otherwise known as Bill 10. The bill would give Alberta school boards the option to reject students’ requests to create GSAs, although the students would have the “right” to appeal to their school board and then the courts. The bill has created a divide amongst parties, and some PC members resigned in face of the ensuing criticism. The bill has passed its second reading, but is currently on hold.

With the possibility of the bill looming, however, Cliff says she and her students are “resilient” and “fighting” for youths’ rights to have a GSA without barriers. The students are taking action, and a group has started a letter writing campaign to support one another from school to school. Cliff believes that if these kinds of support systems had been there for her in high school, things would be a lot different today. To imagine how different, she only needs to look at the youth she works with and their shifting attitudes toward themselves. It amazes her, especially when she reflects on her own self-perception as a teenager. “It’s cool to see them be so aware of themselves,” Cliff says. “They have found a way through their identities to become activists at such a young age.”