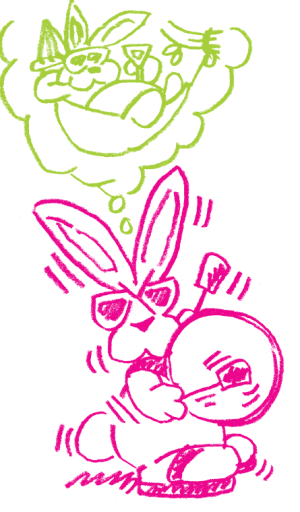 Thoughts on the creative value of taking a break

“MY LIFE IN MONTREAL WAS SO GOOD,” said the songwriter Sean Nicholas Savage in a recent interview for Bad Day magazine. “We did so many projects. We made tons of albums and we were making movies and just doing tons of shit all the time.” Savage worked at a call centre a couple of days a week between playing music and, like Grimes and Mac DeMarco and any number of Montrealers now doing good in the world, creating a body of work.

Montreal, or rather Anglo Montreal as seen by outsiders, is a Bum City. And Bum Cities are incredibly important: places where you can go and live cheaply and do your work (like, your “Work”), ideally well enough that you’ll get to schlep it to a bigger, more expensive city if you choose to. From what I gather, Savage now lives in Brooklyn.

In Toronto and, I imagine, New York, devoting yourself to art is a form of idleness, and idleness is not a virtue. This is largely because of the cost of living, but also, Toronto and New York are places where, in theory, you could get a paying job in a creative field—you just have to work really hard to get it, and once you get it you have to work twice as hard not to lose it, because there will always be people who haven’t gotten it yet and are willing to work harder than you. In Toronto and cities like it, indolence is a vice. All the best people are busy.

I started a new skin care regimen. I planned outfits and took long walks just to “air” them. I worked eight-hour days, started drinking at 5:30 p.m., read music biographies for kicks and bad short fiction for the hell of it. I relaxed. And I was lonely, very lonely, because my friends all have jobs and freelance gigs on top of their jobs. And I was miserable, so very miserable, because for the first time in years I considered my personal life, and the kind of person I wanted to be, and saw that I was coming up real short.

Mostly, I felt guilty. I had a sense of wastefulness: leisure seemed like a frivolous indulgence, especially in a city where no one else could afford it. Also worthless, because the thing about being at leisure among the busy is that it’s not a good look. Being busy is as much a privilege as being not busy, so I don’t say any of this to complain. Only to praise Bum Cities, those little pockets in which leisure is valued.

Then again, “bum” is a misnomer. And maybe I’ve internalized the hard-work ideology more than my Jimmy Buffett/Kevin Ayers fantasies suggest. Being a bum, in the Montreal-musician-as-seen-by-Torontonian sense, is actually very labour intensive. The success of a Savage or a Grimes abides the 10,000 hours rule: they worked really, really hard on their own stuff, stuff no one valued outside of a like minded community, stuff that the world is now starting to appraise. Meanwhile, 10,000 ad copywriters and magazine hacks and radio producers are chipping away idly at the novels they’d have finished if they weren’t paying for condos or Brockton Village apartments.

Alexandra Molotkow has written for the Walrus, the Globe and Mail, Toronto Life, Maisonneuve, and the New York Times Magazine.