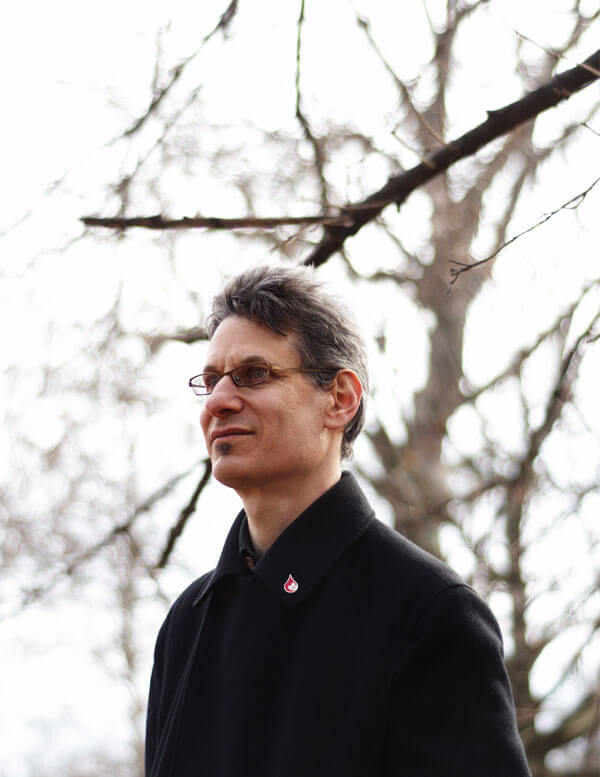 That Gideon Forman is an activist should come as no surprise. The child of New York peace activists, he spent his 1960s childhood handing out leaflets around his Greenwich Village home.

What is surprising is that this wiry man in his 40s has become one of Canada’s best environmental strategists and led a group of doctors into a head-on battle with a powerful chemical lobby—and won.

Forman is executive director of the Canadian Association of Physicians for the Environment, a small group of environmentalist doctors. At least it was small. Since he took the job less than five years ago, membership has ballooned from 450 to over 5,000. Why the surge? Quite simply, the group set out on an ambitious and high-profile campaign for public health—not about hospital funding or the number of doctors in Canada, but about preventing the sorts of pollution that harm public health.

“The idea of doctors protecting the environment makes sense to people,” Forman says. “Also there’s been huge interest in the pesticides campaign.”

Forman left New York’s hippie enclave and moved north when he was just eight years old. It was the era of Pierre Elliott Trudeau and socialized health care. Canada sounded good to his peacenik parents, and the family left crowded Manhattan for the cleaner streets of Toronto. As he grew up, he followed his parents’ example and got involved in the peace movement. It was there that Forman’s greatest asset came to light. He’s able to see connections between groups and causes and bring together as allies groups that never collaborated before. With the Canadian Peace Alliance in the early 1990s, that meant reaching out to social justice groups involved in East Timor.

As that decade came to an end, Forman was working with Strategic Communications, a company that specializes in campaign strategy and fundraising for unions, charities, and non-profits. It was progressive work, but Forman craved the chance to focus on one campaign that mattered. After a decade at Strategic Communications, he was finding the work “too diffuse,” he says. “I was working on the Canadian Cancer Society, World Wildlife Fund, and gun control, and a bunch of stuff. I really wanted to specialize […] I really wanted to throw myself into one thing. Increasingly in my late 30s, the environment became my passion.”

He began volunteering with the Toronto Environmental Alliance, working on a city-wide ban on cosmetic pesticides. It was a good fit, and when a job opened up to lead the Canadian Association of Physicians for the Environment in 2004, he jumped at the chance to head an organization already working on pesticides and other toxic issues.

What he jumped into was a vitriolic battle with doctors and environmentalists on one side and pesticide applicators and chemical companies on another. Public support for a pesticide ban was good, but the campaign needed a little extra push. He came up with a brilliant strategy, and called the Canadian Cancer Society.

Groups like the Canadian Cancer Society traditionally focus on research for cures more than on fighting environmental causes. But as causes of cancer other than smoking became more and more clear, the society became more environmentalist. Forman recognized this and worked to enlist the society’s support. Such a large and reputable group brought significant weight to the fight.

The strategy’s success became evident in London, Ontario, where the city council was set to vote on a pesticide ban. It was going to be a close vote, and the pro-ban camp needed to sway just a few councillors to get it through. Forman met with the local head of the Canadian Cancer Society. Would their members contact their councillors and tell them they wanted the pesticide ban?

“I asked her, could we call their folks and ask them to make this one political act,” he says. She responded that they only had a “small” base of volunteers in the community, perhaps 2,000. Forman’s jaw pretty much hit the floor. A volunteer base of 2,000 in a community is huge for any group. “She said yes. It was going out on a limb for them.”

It worked. The target councillors got more than 300 calls a week.

The pesticide ban passed easily. With the help of Forman’s umbrella approach, the Toronto Environmental Alliance, the Canadian Cancer Society, and many other local and national groups have brought about cosmetic pesticide bans in Ontario, P.E.I., New Brunswick, Nova Scotia and Quebec. Today the focus is on Edmonton and Calgary, which Forman describes as “the gateway to the West.”

While he’s been wearing the mantle of Captain Pesticide Ban for more than half a decade, he’s not a one-issue wonder. Forman and CAPE are also busy on other issues, particularly climate change and green energy. Bringing the umbrella approach to the table and uniting doctors, nurses, the Canadian Cancer Society, the Canadian Lung Association, and other groups, they’re going to be formidable. But what else could Forman do?

“Climate change may be the defining issue of our generation,” he says. “Not being involved in it would be like not being in the Vietnam War issue in the peace movement of the 1960s.”

Craig Saunders Then: National coordinator of Canadian University Press when he pitched his first story to This Magazine in 1998. It was a feature on climate change. Now: Freelance book editor and frequent contributor to The Globe and Mail and several magazines, instructor in Ryerson University’s publishing program and Canada’s leading writer on the subject of eyewear design.
Share Tweet Email Print