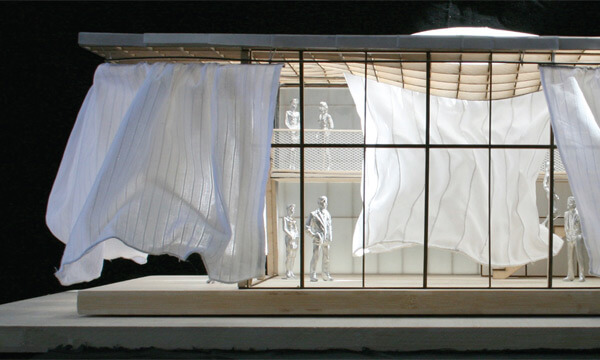 Rick Mercer’s quip during the Copenhagen climate conference last December summed it up best: “So [Stephen] Harper flew to Copenhagen to have a club sandwich and hide in his room?”

The post-Copenhagen doldrums were still bringing us down when Thomas Auer, managing director of Transsolar, the German climate-engineering firm assigned to the Manitoba Hydro Place, stepped onto a stage at Toronto’s Interior Design Show in January to explain his vision on designing a world without oil. The future in sustainable architecture is about harnessing daylight and fresh air, he declared.

The theme that came up again and again in presentations from renowned engineers, architects, designers and futurists at IDS was if we are to kick our oil addiction, guilt-tripping us won’t work. But seduction through innovative design just might. As design guru Bruce Mau said, “I don’t believe we can succeed in sustainability without making it more sexy and beautiful.”

So imagine, for example, a beach house with billowing curtains that harvest sunlight and convert it to energy— enough to juice up your laptop or illuminate your bedroom at night. Sheila Kennedy, architect, inventor and MIT prof, has done just that. Her sensuous textiles (including lace) are implanted with ultra-thin photovoltaic strips that produce electricity when exposed to light.

For Fritz Haeg, desirable objects took a backseat to the human condition. A geodesic-dome-dwelling architect based in California, Haeg says the story of oil is one of disconnection. There was a time when we used the resources immediately within our reach and dealt with our waste locally as well, Haeg says, but oil took this away and unintentionally led to our present ignorance about the environment.

Edible Estates, Haeg’s ongoing gardening project, is trying to change that. By turning eight suburban front lawns from spaces you cut and “keep off” into productive gardens, Haeg wants to bring back a reality rendered invisible by oil. He’s not a Slow Food idealist; instead, Haeg says that questioning the front lawn is just the easiest first wedge into unraveling the old structure of our cities. But he acknowledges the idea will face resistance in suburbia. “How far have we come from the core of our humanity that the act of growing our own food might be considered impolite, unseemly, threatening, radical or even hostile?” he asks. 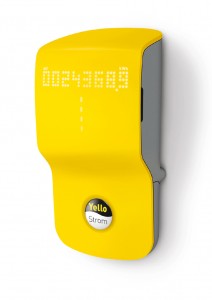 Like Haeg, Ted Howes of global consultancy IDEO believes that we have to turn energy from an invisible commodity into a tangible experience. And social media can help. The Yello Strom energy meter, which Howes helped develop for the German market, is a small wall-mounted box with a curvy bright yellow shell and a simple-to-read meter that could easily have been plucked from an Apple store window. It sends out tweets about your energy consumption and gives consumers direct access to Google’s energy management tool, PowerMeter. A phone app is sure to follow.

The attitude that we can wean ourselves off oil by finding more attractive alternatives may have ironically been best summed up by the man who was Saudi Arabia’s oil minister during the 1973 oil embargo. “The Stone Age did not end for lack of stone,” sheik Ahmed Zaki Yamani said recently, “and the Oil Age will end long before the world runs out of oil.”

“We know that the greatest obstacles to technological progress are organizational, cultural, sociological,” says Anita McGahan, a professor who teaches “The End of Oil” [PDF] at the University of Toronto. “They’re not technical. We have the technology.”

Now we need the political leadership.