The current turmoil in Ukraine has sparked fears of a “Second Cold War.” But where are these fears coming from, and what do they mean today? For this edition’s Throwback Thursday we revisit “The Conversion of Doom” by Stephen Dale from our 1990 October/November issue. In it, Dale looks at the post Cold War era’s struggle  to prevent such “cold” aggression from reoccurring, especially in Canada and the U.S. As part of this, he examines a proposal to replace the production of weapons and military might with  investments in technology and social reform, turning battlefields to market shares. Read on and judge for yourself how well the world succeeded (or not) in converting war and, as we put it then, doom: 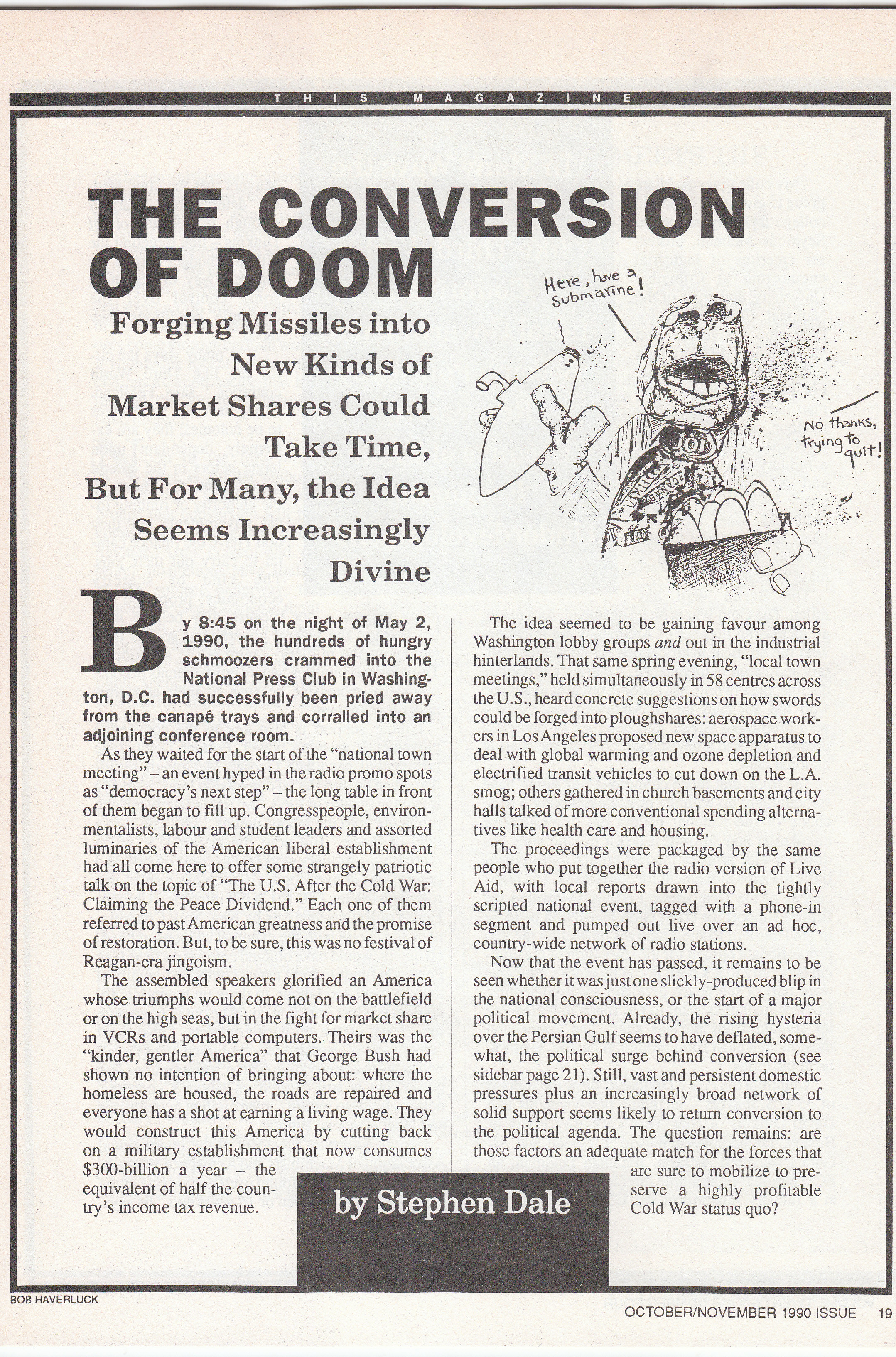 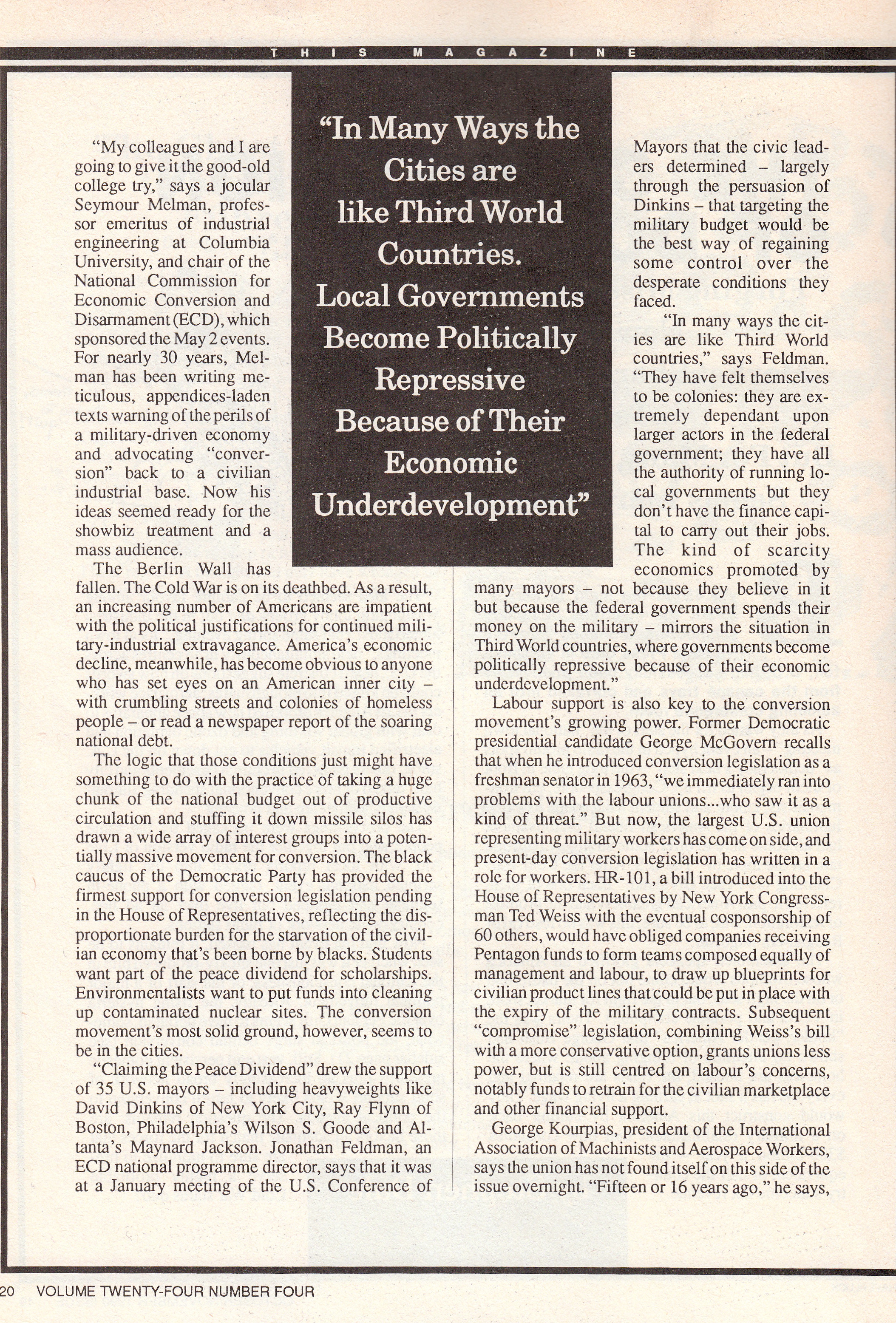 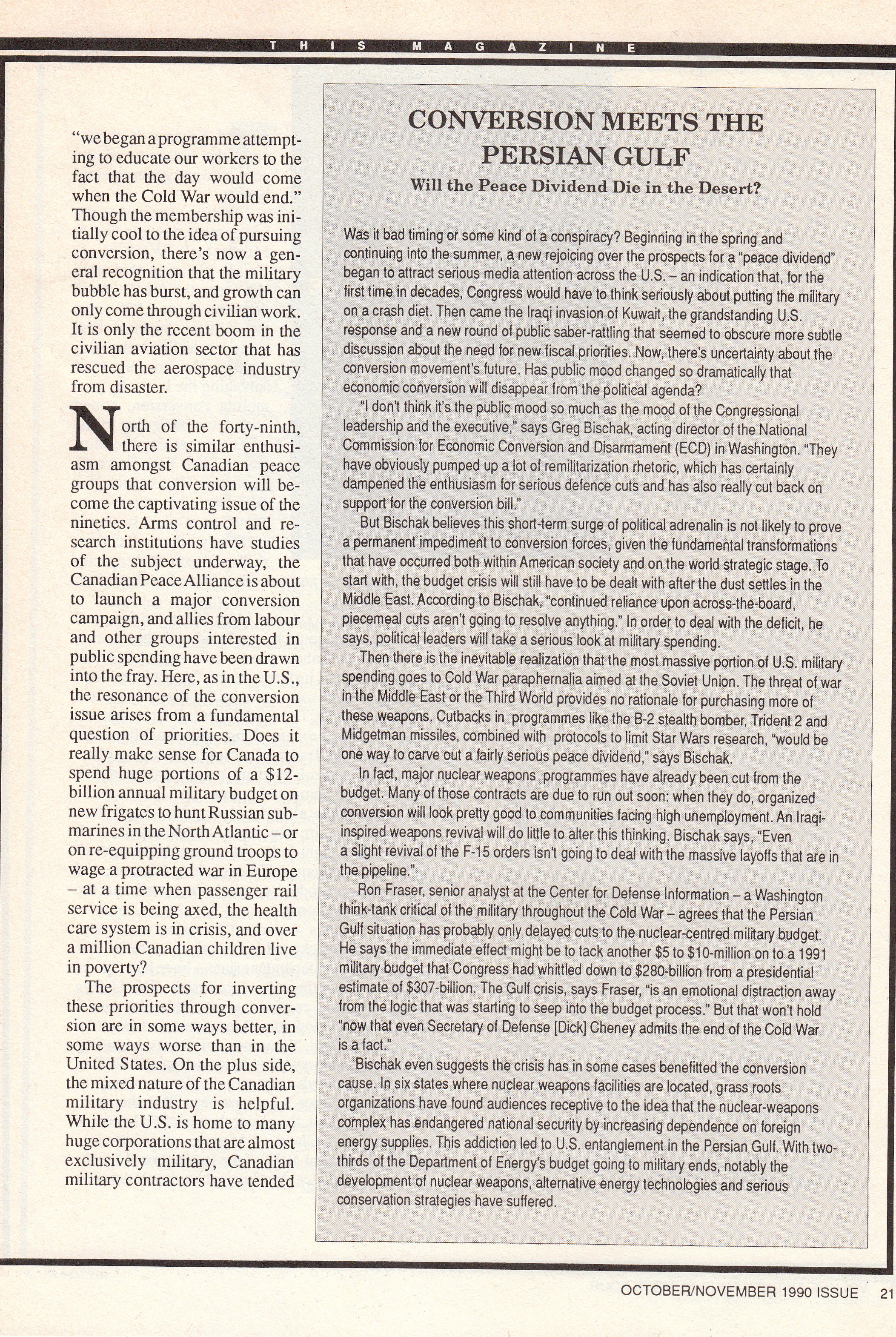 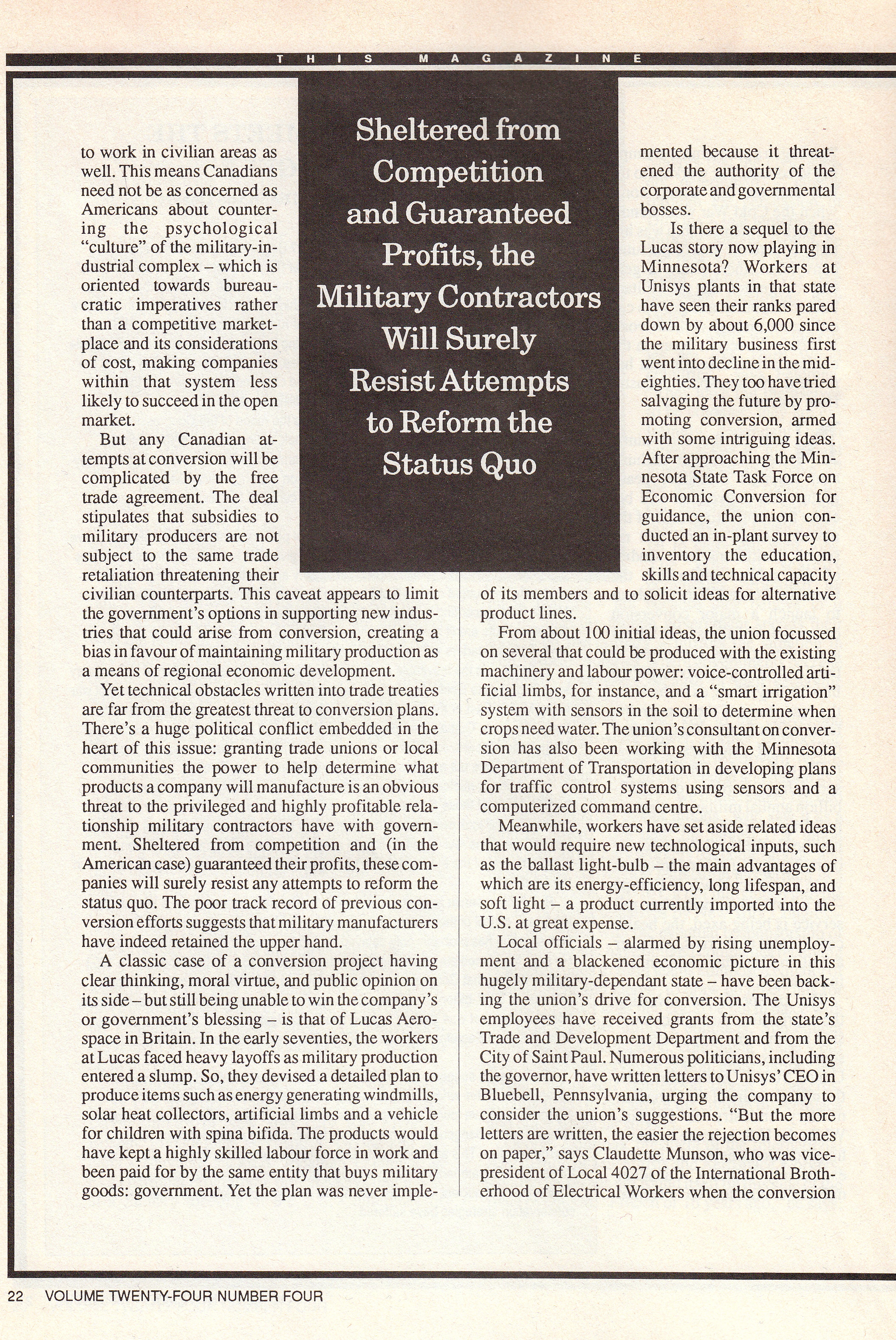 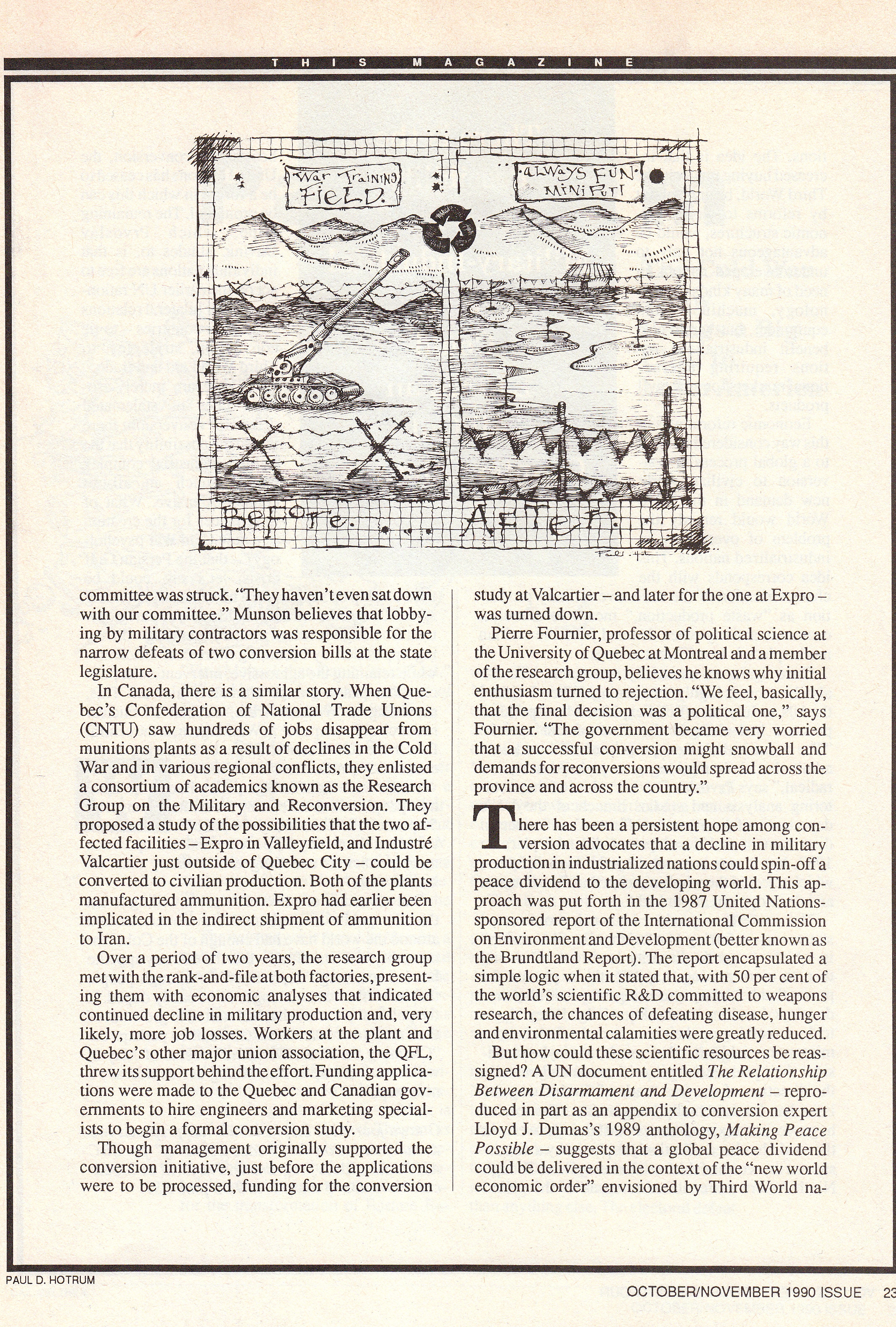 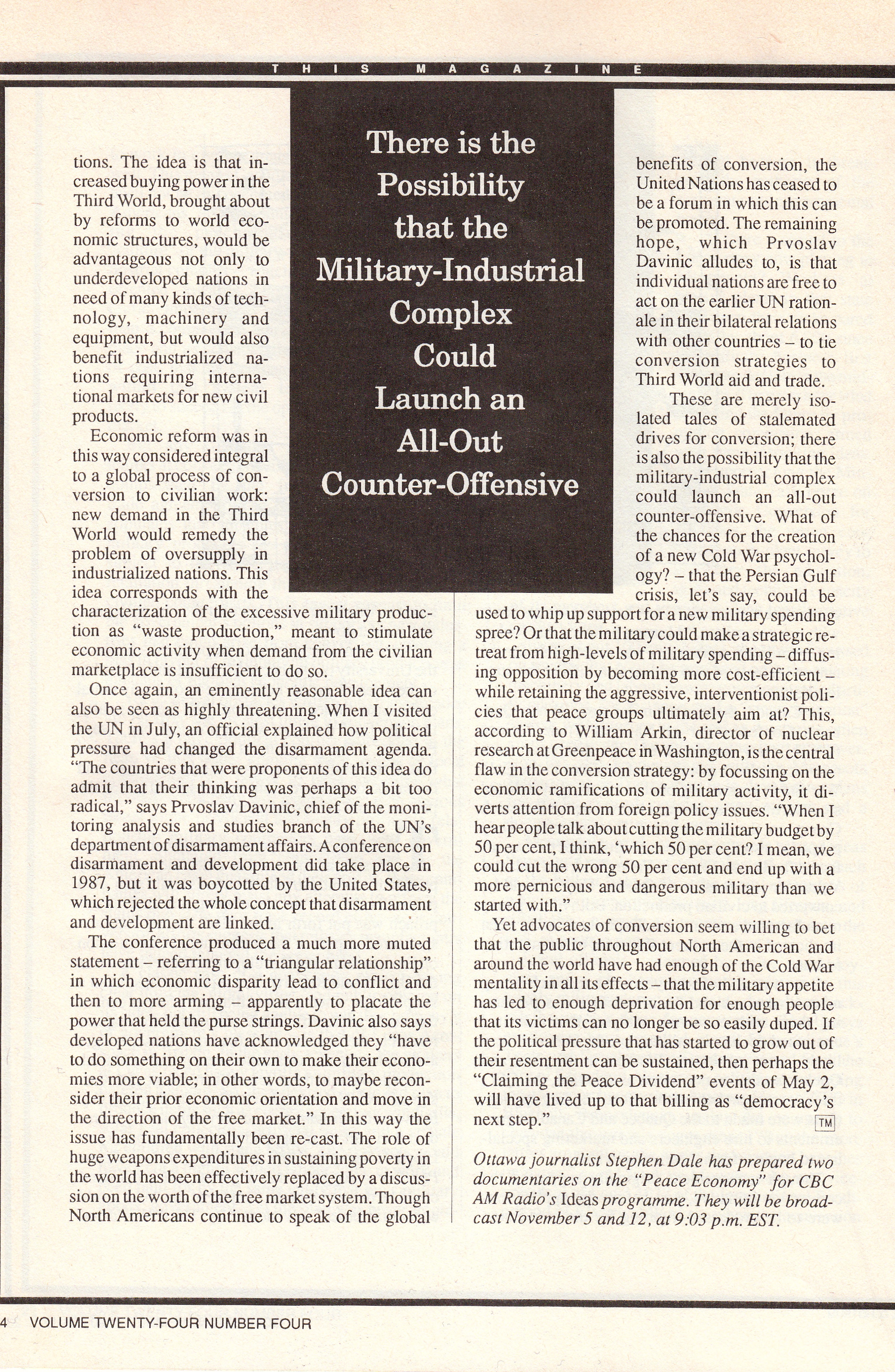