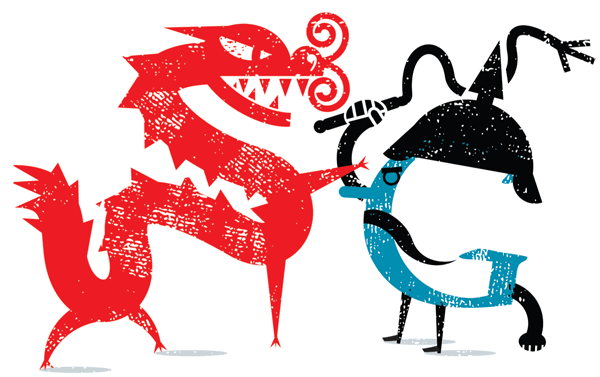 When Google, citing concerns over security and censorship, pulled their operations out of China in March this year, they were widely praised for taking a stand for democracy. But Google’s move wasn’t the first time a Western entity had taken the moral high road in regard to China.

In fact, almost 200 years ago, the British government also stood up for its beliefs. After they had expended countless resources developing an opium industry, China shut down its borders to the drug, claiming that addiction was taking its toll on Chinese society. The Raj, seeing not only its business threatened, but also its ideals of free trade and capitalism, twice sent its navy to war to force China to open its borders. Britain won, and China had to relent.

Of course, comparing an enforced opium trade with online free speech may slip into exaggeration. But when Google indignantly left China, an important point was lost in the sanctimonious chatter: to many in China, the difference between the Google of today and the Empire of yesterday isn’t as clear as we might like to think. And as the web increasingly becomes a battleground for cultural and political exchange, it’s worth remembering that history is never as far in the past as we might hope.

In the aftermath of Google’s departure, the chorus of satisfied approval was overwhelming. Though Google itself treaded with the kind of care any profit-minded company might, the press was less tactful. When Google launched a chart that tracked which services China had blocked, prominent tech journalist Steven Levy called it an “Evil Meter.” Vanity Fair’s Michael Wolff suggested that China was simply a bully, and that Google had “beat an honourable retreat.” Meanwhile, the National Post and the Globe and Mail did their best to cast the decision in moral rather than economic terms. The complexities of geopolitics and culture were reduced to a tired old approach: “Western values good; China bad.”

One might say “fair enough”: we are talking about a totalitarian regime here. But a few hundred years of Western global domination means there’s just no way to get around the optics of a massive American multinational saying its moral views are the right ones. In light of history, that kind of ideological dogmatism comes off as more than a little paternalistic.

But Google is not a parent and places like China, with their own histories, cultures and practices, are not children. To make matters worse, Google’s business model is essentially a paragon of Western democratic capitalism: disseminate information without restriction and then find a way to make money off the ways people access it. This may seem neutral, but it isn’t. It relies on the idea that spreading knowledge and information is an inherent good because an effective social system empowers individuals to find out things for themselves, and change their lives accordingly. For us, the sovereign individual is everything.

By contrast, even in contemporary Chinese thought, what still reigns is the idea that the community gives people their place in life, and the structures of ritual and authority give life order. The individualism that underpins Google’s business model is frequently seen as both arrogance and selfishness because it seems to prioritize the individual over the knowledge of the state and its rulers. The questions Google raised in China weren’t simply a matter of “repression,” but of how people locate themselves in reality. This fact seemed to be lost on most Western journalists. (About the only dissent in the technology press came from Gizmodo’s Brian Lam, himself the son of immigrants from Hong Kong, who wrote a piece titled “Google Would Remind My Grandpa of the Arrogant White Invaders.”)

Is it a noble goal to try to spread values and ideals that seem to have benefited the societies that have adopted them? Sure. But principles like democracy and freedom of speech don’t simply float down from the sky into open arms below. They are borne out of centuries-long processes rooted in social, material, and intellectual change. To assume their universal good—as Google and the Western press seemed to—is to deny their historical and cultural specificity. And at a certain point, it ceases to matter what is “objectively” right when such presumptuousness and arrogance only serve to galvanize people against you.

For all that, it’s worth noting that when Google did leave China, many there weren’t too affected. They had Baidu—a Chinese search engine, albeit heavily censored, that is the sixth most-visited website in the world and is still growing. And this is the thing, really: a Western navy can no longer force “our” way of thinking on the world, because power is no longer centralized in the West.

But history rattles noisily still, and the values of an open, democratic web aren’t universal or even necessarily right. And some, presented with the image of Google getting up on its moral high horse, find it hard to forget an armada of ships, their holds stocked with opium, barging their way into the Canton harbour.