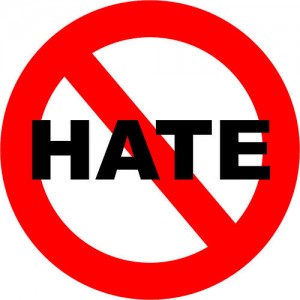 When the Holocaust ended almost 70 years ago, and we said it would never happen again. Yet, there have been six genocides since then. The systematic murders in Darfur are ongoing, and the country’s government won’t address them. Many groups have been founded to tackle genocide in the past 15 years—such as United to End Genocide, Genocide Watch, and Genocide Prevention Program—all with the intent to halt any potential genocides.

And now, there’s a new genocide prevention group that’s been getting some well-deserved buzz. The Toronto-based NGO, Sentinel Project, uses its website and other technology to keep track of early warning signs of genocides. What makes it so revolutionary is its interactive hate-speech documenting website, Hatebase, that launched this past March.

The database is made up of slurs regarding ethnicity, religion, sexual orientation, disability, class and gender, including information on what country and language they were said in. Anyone can sign up and input overheard name-calling in their area, or search the categorized lists. The point of all this is to discover any hate speech trends per area and address them before violence strikes. As outlined in the eight stages of genocide by Genocide Watch, mass murder begins with classification and symbolization. Classification is distinguishing “us from them” and symbolization is the name-calling we’re talking about here. The ultra-scary next step is dehumanization—denying that those they nickname are even human at all.

Scrolling through Hatebase lists, I’ve learned new words that will never cross my lips. However, I can unfortunately see some of this language easily added to other people’s repertoire. Just look at what happened to Urban Dictionary. What was once a website for teenage slang definitions has now been taken over by made-up (and often sexist) user-written slurs.

Twitter has had a sharp increase of  “hate-spewing hashtags and handles” this year, according to the annual report by the Simon Wiesenthal Center, a racism history museum. For further proof, visit the Alberta-based website No Homophobes. Any time the words “gay”, “faggot”, “dyke”, or “no homo” are posted on Twitter, it automatically pops up on the site. It even shows the stats. Last week, “faggot” was tweeted 395,087 times. The site urges us to consider how often we use hurtful language without thinking. It’s an effective, albeit depressing, reality check.

Hate speech at that stage does not a genocide make, but as those at Sentinel Project know all too well, this is where it can start. Offensive material can be reported on the social networking sites themselves. Every post and picture on Facebook carries with it an option to report it to an FB team who removes it. Where to report Twitter abuse is more or less hidden in the settings section. “Reporting” the instances of hate speech is what Hatebase does too. So where does it go from there?

First, it draws upon themes. Hatebase has noticed that those of the Baha’i religion in Iran are increasingly being shunned from society, for example. It also fears the apparent ethnic rivalry in Kenya could escalate into genocide. With this information, it can try to prevent attacks by “countering websites that incite hatred, using mobile phones networks to document abuses and warn threatened communities, and employing GPS technology to guide targeted people to safe areas.” The organization is not without limitations, as it lacks the tools to physically intervene, but it’s a start.

Referring back to the eight stages of genocide, the last stage is denial. After a genocide has taken place, the perpetrators always attempt to cover up any evidence. But Western denial could be labelled as one of the first steps of genocide. Countries with the power to stop ongoing genocides often don’t. As far as the Sentinel Project is concerned, if catching the warning signs can save a life, it’s worth it.