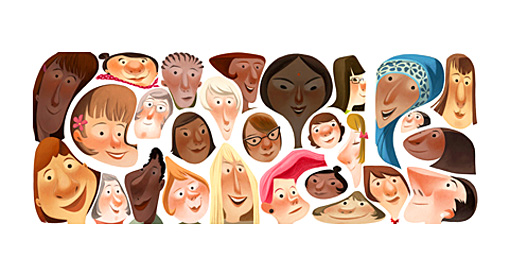 Yesterday was Pi day (3.14), April 12th is National Grilled Cheese Day, and May 4th is Star Wars Day (May the fourth be with you). But joke holidays were put on hold last week for International Women’s Day. Every spring since 1911, women worldwide have campaigned for solidarity. This definitely isn’t a redundant “holiday,” and unlike The Star’s columnist Margaret Wente argued two March 8th’s ago, the war for women’s rights isn’t over.

In the past, women have taken this opportunity to campaign against wars and to protest for better wages and the right to vote—all in the early 1900s. International Women’s Day extended its celebration to many countries in the Middle East beginning in 2000. This included Afghanistan, where 87 percent of women admitted to experiencing domestic abuse in 2008.

This year, Canadians hosted a total of 160 women’s day events as advertised online, many of which raised money for women’s charities. Among these was the first ever Feminist Art Conference which covered topics like “Fertile ground: Body Politics and Sexuality” and “Creating Our Own Narrative: Responding to Gendered Violence.”

Among other exhibits at the conference was the Missing Women Project. As the title suggests, the exhibit featured paintings of the faces of Ontario women who went missing and were never found. Events like this can have a lasting impact on all who attend, but what about those who don’t?

As one reviewer said, “It felt as though the people who were really passionate about these issues were already there.” And that’s the thing. Discussions and events centered around women’s issues are frequented and supported by those already of open mind. While these may be beautiful opportunities to rendezvous with like-minded women, those who are ignorant to these topics are being ignored.

International Women’s Day enables the same discourse to reach a much greater population. There was an “International Women’s Day Youth Art Show” held in Belleville, Ont. An Edmonton sorority, Alpha Psi, collected donations of household necessities for a women’s shelter. Students and staff from a B.C. college posted notes in the hallways about women who influenced their lives. Canada’s theme this year was “Working Together: Engaging Men to End Violence against Women.”

The UK went all out, with 429 events uploaded online. A women’s rights group hosted a discussion in the Democratic Republic of the Congo about eradicating violence on women. In Pakistan, the CARE foundation hosted a conversation titled, “Educate a girl, empower a woman.” These are just a few examples, but the amount is innumerable.

Organizers are already asking on the Facebook page: what would you like to see for International Women’s Day 2014? One commenter proposed a panel of women discussing “how they see the world and the priorities for improving it. Many of us believe that women have a more society-centric outlook, as opposed to a business-centric point of view. ”

For more feedback, an International Women’s Day poll asked “Which world leader achieves most for women?” I scoffed at the first option I saw, Stephen Harper. Remember when the Harper government reduced the Status of Women budget by almost half? Between him, Barack Obama, and the leaders of the U.K., France, Germany, and Australia, the U.S. came out on top.

International Women’s Day raises awareness, which is also a term of which I’m often wary. Like, what does that actually mean? Well it here means that it creates a starting point. When something is wrong, we need to talk about it. Where things go from there depends on how motivated we feel to change.

What would you like to see for International Women’s Day 2014?