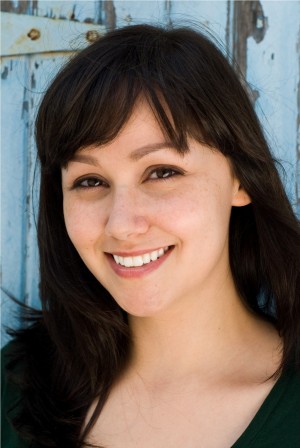 O’Connell’s  work has appeared in various publications including The Walrus, Taddle Creek, Quill & Quire and EYE Weekly and is forthcoming in the Journey Prize Stories anthology. She has been nominated for the RBC Bronwen Wallace Award, two National Magazine Awards and has, of course, also won our very own Great Canadian Literary Hunt. We are lucky to have O’Connell as our books columnist at This Magazine. She also works as the contributing editor for Open Book Toronto.

We sat down with O’Connell as part of our new Great Canadian Literary Hunt Q&A series, which will run until the contest closes on July 31st.

This Magazine: What is it like to have your first novel published?

Grace O’Connell: There are so many milestones in the life of a book that it is hard to pinpoint the moment when it becomes real. The pub date was an amazing day, but I think the moment from which everything else spirals out was actually sitting down with my editor, Michelle MacAleese, during our first meeting. We were talking about the book and I knew right away that she understood it, wholly and completely. I could see it in her eyes. That’s the electric moment for me. It felt like life suddenly getting bigger, like someone showing you a new room in your own house. Strange and vast and yet also as small as a nod—everything captured in finding that person who understands what you’re trying to say.

This: Maggie, the protagonist in the story, is dealing with grief and mental health issues after her mother’s suicide. What made you decide to tackle such difficult, sometime taboo, issues?

GOC: I started out writing a very different book, more metafictional, but as I got to know Maggie I found she wasn’t interested in those kinds of cerebral dialogues; her grief was her individuality, so to present her in a genuine way, I had to go there. It was intimidating, for the reasons you mention, but it always felt right. I wanted to tell a story rather than talk about stories, and Maggie’s story is told from inside the bizarre and dangerous fun house that is loss and mental illness—a lens that distorts everything else she’s experiencing. It’s a story about how one person lives with that distortion, the dangers and opportunities of it.

This: As a past winner of the This Magazine’s Great Canadian Literary Hunt, how did that help your career?

GOC: The Lit Hunt was the very first time I published a piece of fiction and it gave me a huge boost in confidence. Seeing my prose in print was surreal—it’s that moment where you look at your words on the page and you let yourself go mildly insane. Just insane enough to think “Okay, why not me?”

This: What kind of advice would you give to someone trying to break onto the literary scene?

GOC: Get out to events. Go to your local indie bookseller and ask the staff what they recommend, what they’re reading. Read locally and tell people when you genuinely like their work. Find at least one other person who writes (and whose work you like) with whom you can swap work—electronically or in person. If you have the time and resources, try taking a workshop or writing class. Write, and edit mercilessly (but save everything—and back up!). Resist the temptation of showing your work before it’s ready; you’ll always have better results sharing a more polished draft. Find writers who inspire you, who can knock you over with a feather, and try to figure out how they do it. Be patient, because this is a life of long timelines, but let your impatience drive you.

This: What else have you been working on and can we expect to be reading more Grace O’Connell in the future?

GOC: I’m working on a new novel. It’s in the very early stages, so I’ll just say is it’s sort of a re-imagining of the Sleeping Beauty myth. There are video games and strange plants and a missing woman. I’m having fun so far—I hope that means there will be more to read in the not too distant future.