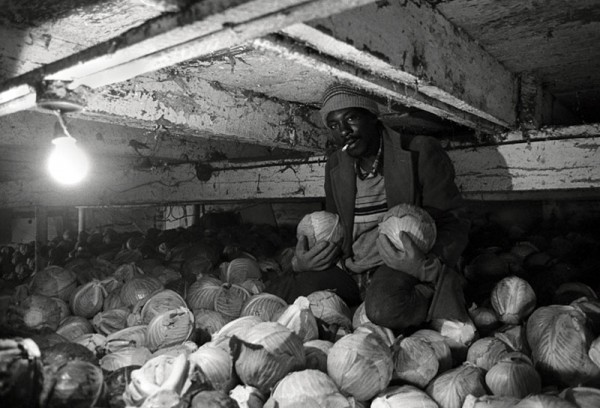 In the fall of 1973, a young photographer arrived at the office of This Magazine with some remarkable photos of strikers outside a small Toronto factory called Artistic Woodwork. Immigrant workers, organized by the Canadian Textile and Chemical Union, were striking for their first contract. The photos were remarkable in both their intensity and intimacy. You were face-to-face with these men, solemn but determined, exercising their right to organize. You couldn’t help but share the photographer’s clear empathy for them.

This Magazine published some of his photos, launching the career of a gifted documentary photographer. For close to four decades, Vincenzo Pietropaolo has photographed the lives of the “invisible” in our society: workers, immigrants, and their communities, people living on social assistance, people with disabilities. He has also been the photographer for significant protest movements such as Ontario’s Days of Action during the Harris era. His hallmark is an engaged and respectful encounter with his subjects: he doesn’t just take their pictures, but appears to enter into a dialogue with them, often writing about them or recording their words and displaying them alongside his photographs.

Pietropaolo, born in 1951 in Italy, has had a long career as an independent, socially committed photographer ever since his first publication in This. He has exhibited around the world and won numerous awards, including the Cesar E. Chavez Black Eagle Award in 2010. His most recent publications are Harvest Pilgrims (2009), documenting the lives of migrant agricultural workers, and Invisible No More (2010), about the lives of people with developmental disabilities.