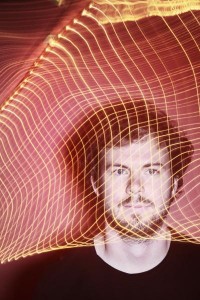 This week in Tuesday Tracks we’re going to slow it down a notch with three great songs sporting three great videos—perfect for listening to in the sweltering days of August.

I went through a long period of time where I avoided these kinds of songs—slow, sad, strums of an acoustic guitar paired with whispered poetry. I had spent most of my life withdrawn and introspective and didn’t need the help of the Nick Drakes of the world to help get me to that place. In fact, turning to music was the best antidote to a bout of crippling shyness. It is in part the swaggering arrogance of rock n’ roll that makes it so appealing: the bombast of frontmen like Mick Jagger or Freddie Mercury, the genre-bending posturing of Prince and Michael Jackson. Living legends with god complexes, true rockstars who aspired to be larger than life and perpetuated that image.

Of course, none of today’s selections approach their music with those aspirations—and that’s Ok. Not everyone can be, nor should be, Axl Rose. Sometimes a whisper is more effective than a scream.

In the bio to Postdata‘s self titled release, Paul Murphy talks about his grandparents’ death. He explains in their passing he was left with sad dreams that haunted him afterwards, dreams that later turned into songs with his brother and even later became this album.

It’s an album of hurt and acceptance, understated instrumentation and above all, spectacular beauty.

This is “Tobias Grey”:

The next band, Entire Cities, don’t spend all their time writing sparse piano music about regret, but when they do, it’s something special. “The Woods” is actually a pretty unconventional song for the band. Being seven members strong, along with a smattering of “long distance” and “occasional” contributors, Entire Cities doesn’t really do “sparse” very often. The only hint in the song is all the voices, all members who would normally be playing instruments.

Julie Fader is one of those musicians who made a name for herself in the music community well before the general public ever caught wind. She’s played on albums for Great Lake Swimmers, Chad VanGaalen, Blue Rodeo, and Sarah Harmer, among others. But it wasn’t until this past year that she released an album with her own name on it. Outside In is that album, and this is “Flights”: