This week on Tuesday Tracks we’ve decided to bring you a trio of sad songs. We’ve celebrated all sorts of strange psychedelic dance-a-thons in the past few weeks, great for parties and good times. It’s just as important however, to embrace melancholy sometimes. Whether it’s because of a bad run of luck, the end of a relationship, or just a rainy day only those introspective strums of a guitar can cure. 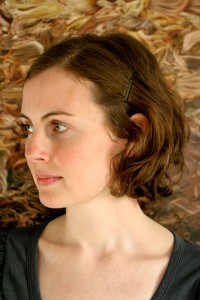 Now admittedly, The New Pornographers are basically the virtual antithesis of sparse introspection. Carl Newman and crew are much better known for their ability to get you to move. They do hooks and they do them well. But new New Pornographer Kathryn Calder takes a more subdued approach on her new solo album titled Are You My Mother? 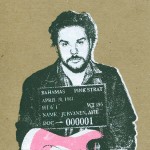 Afie Jurvanen’s music seems to operate on island time. His debut album – recorded under the moniker Bahamas – boasts a cool, relaxed sway all the way through, but underneath those warm folky rhythms is a collection of meditations of the fragile effects of a broken heart.

The final addition to today’s trilogy is the king of muted, sad, masterpieces, Great Lake Swimmers. Tony Dekker has been recording under the pseudonym since 2003 and over the course of the past decade he’s managed to amass a catalogue of songs that aim straight for the heart. They’re solitary bits of unbridled beauty that cling to those parts of you that physically ache when someone doesn’t love you anymore.