Dying is the one thing that unites us all, yet we do it so badly. Allow us to die on our own terms 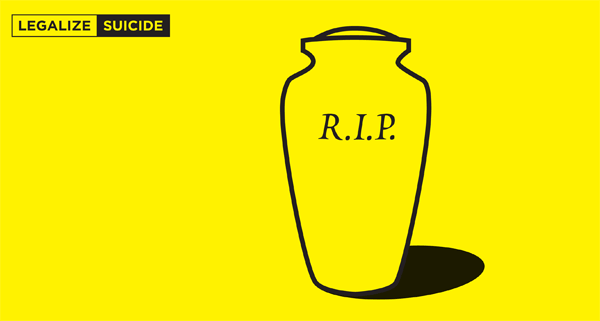 Dying was so straightforward a few generations ago, or so it seems in gauzy retrospect. We stayed home, surrounded by supportive family; the doctor dropped by and perhaps prescribed some morphine, but usually there wasn’t much else he could do. Soon enough, we died peacefully. These days, we’re more likely to suffer through an unnatural, painful, and unnecessarily extended dying process because our modern medical know-how is far more advanced than our ethical understanding of how to use it. Seven out of 10 of us die in a hospital or other institutional setting, usually surrounded by supportive technology. Family members drop by to be with us and the machines attached to our bodies, but often end up embroiled in long conversations with the doctor about what she can do. And when it comes to delaying the inevitable, she can often do quite a lot (a feeding tube, for example, can keep the body of a brain-dead person alive indefinitely). But she may also be too afraid of killing us to treat our pain effectively—even if we prefer dying to lingering.

Obsolete laws mean it’s illegal for us to choose how and when we want to go. In 1967, Justice Minister Pierre Trudeau declared, “There’s no place for the state in the bedrooms of the nation.” More than four decades later, at a time when more than 230,000 Canadians die each year, we need to insist that the state has no business beside the sickbeds of the nation and demand the legalization of doctor-assisted suicide and, in limited cases, euthanasia. (These terms are controversial and often mean different things to different people—especially if they’re on different sides of the debate—but let’s use assisted suicide when the patient asks to die and euthanasia, which, incidentally, comes from Greek for “good death,” when the patient is unable to communicate.)

That we should honour the requests of terminally ill people who make repeated, coherent requests to die ought to be obvious. What right do we have to deny anyone that last wish? Euthanasia, on the other hand, should be restricted to cases where it’s the humane alternative to letting someone slowly waste away following the removal of a feeding tube (starving to death can take up to three weeks; for example, Terri Schiavo, the darling of the religious right in the United States who survived in a persistent vegetative state for 15 years on life support, hung around for another 13 days off it). Doctors claim that once they remove a feeding tube, the patient feels no pain, but even if they’re right, a family forced to watch certainly suffers.

Within the disabled community, euthanasia is extremely contentious and even if fears that the lives of the disabled will be devalued are overblown, they shouldn’t be ignored altogether. In addition, the “where there’s life, there’s hope” crowd is right that some patients have surprised everyone by surviving after going off ventilators and other treatments, so euthanasia should be an option only when doctors remove feeding tubes. (I never went to med school, but I can assure you that if you’re unable to eat, you ain’t coming back.)

Given that the boomers, a generation accustomed to getting their own way, who are watching their parents die—and not liking what they see—are starting to face up to their own mortality, we should be enjoying some momentum on this issue. We aren’t. But the Bloc Québécois’s Francine Lalonde did introduce a private member’s bill to give Canadians the right to assisted suicide. This is not the first such bill she’s sponsored and she did it knowing she has cancer. While that may mean her fellow parliamentarians have some sympathy for her personally, it won’t change the fact that private members’ bills rarely become law—and it’s not going to help her cause that the media has pretty much ignored the issue. Indeed, when newspapers in this country touch it at all, it’s usually to run fear-mongering op-ed pieces whinging about “slippery slopes.”

More promising is a study conducted by the Quebec College of Physicians. The group’s task force on ethics studied the issue for three years and concluded that doctors should be allowed to help people die when both the patient and the doctor agree to it and they follow strict rules designed to prevent abuses. If Quebec does adopt the proposal, it won’t be the first time the province that wants to leave the country led the country on a social issue.

But, of course, we won’t see any changes without a fight because, inevitably, not everyone agrees extending rights to anyone, even the dying, is such a good idea. Social conservatives—a genus of mutants who’ve long enjoyed getting their rocks off by telling us how to live and now want to tell us how to die—argue that we shouldn’t play God. This wilfully ignores the fact that doctors “play God” all the time. They prolong life with machines, drugs, and operations every day, just as they withdraw or withhold treatment every day. (Full disclosure: I am particularly thankful to the gods who saved my life by removing my diseased appendix when I was five.)

The so-cons also hope to con us into believing that a right to die would soon become a duty to die. But the number of people who’ve taken advantage of assisted suicide in Oregon suggests that the vast majority of the citizenry would shirk that duty. In 1997 the state enacted the Death with Dignity Act and by the end of 2008 only 401 people had asked a doctor for help putting out the big light.

Polls consistently show that seven out of 10 Canadians support doctor-assisted suicide of terminally ill patients, but the adrenalized rump that opposes it is more fervent, better organized, and more willing to make it a ballot-box question. So our politicians skulk away. Even as American states—Washington followed Oregon’s lead earlier this year—and European countries give their citizens the right to choose, our government demands we do not go gentle into that good night.