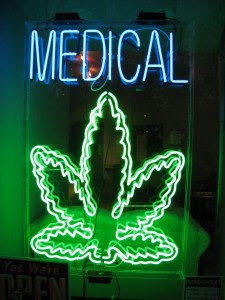 “This is about the complete failure of democracy,” Alan Young says, munching on his strawberry-jam toast at Sunnybrook Restaurant in Toronto. Young, a criminal lawyer, has been Canada’s forerunning pot reformist since he got a judge to declare that “marijuana is relatively harmless compared to the so-called hard drugs, and including tobacco and alcohol” during his landmark 1997 case, R. v. Clay. He’s behind many of the movement’s other big achievements too: convincing the courts prohibiting pot was unconstitutional for patients under medical supervision (R. v. Parker, 2000) and winning significant, progressive changes to Canada’s Marijuana Medical Access Regulations (Hitzig v. Canada, 2003). Now, at 53, he’s preparing for the next fight: taking on Health Canada and potentially criminal law, which could effectively nullify the Conservatives’ Bill C-15.

If passed into law—it died in the senate when Parliament recessed in December 2009 but is likely to be reintroduced—Bill C-15 would send Canadians caught with more than five marijuana plants to cells for a minimum of six months. Young believes this will effectively flood the judicial system with non-violent offenders, increase an already soaring deficit, and threaten authorized, medicinal grows—especially if they’re caught growing over their limit. “The Conservatives’ legacy will be disastrous,” he says of the bill. “They’re trying to use criminal law to solve every social problem.”

So Young will wage his battle on three fronts. First, he plans to strike down MMAR seed policies preventing patients from purchasing anything other than a single, domestic strain. Then, he’ll fight to increase the grower-patient ratio (it’s currently one-to-two). Lastly, and for Young most importantly, he plans to create an impediment for raids of authorized grows by requiring an initial Health Canada inspection. Young has no illusions that the bill will be stopped—“It’ll be upheld,” he says, resignedly—but hopes these counterweights will at least make it more difficult and expensive to get into people’s homes.

Young also hopes he can press the government to reconsider the path of least resistance: legalization. “Maybe they’ll say, ‘we can’t do this, so let’s just change our criminalization policies,’” he says. It’s not such wishful thinking. Young says Health Canada has already extended an olive branch by asking for a meeting, though he’s not entirely optimistic. “It’s probably just an attempt to neutralize me,” he quips.

But he’s not entirely pessimistic, either. That’s because his fighting principle is ultimately simple: people shouldn’t be sanctioned for their consumption patterns unless there is evidence they are harmful to society. “Right now,” he says, “chances of progressing the position on prohibition could actually be better than they have been.”