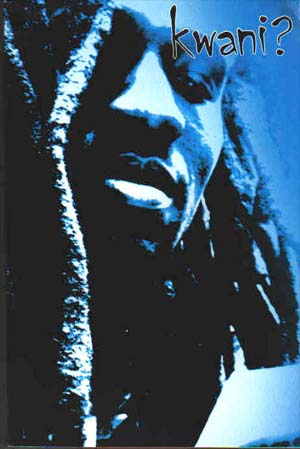 Issue #1 of Kwani?, the journal of contemporary African literature.

Several of my previous blog posts have mentioned Kwani?, the Nairobi literary journal/publishing network dedicated to building contemporary African literature. My interest in the publication was first aroused by the contrasting literary scenes in Uganda and Kenya. While FEMRITE, based in Kampala, Uganda, is a strong local writers’ organization, I never found a literary magazine like Kwani? in Eastern Africa, which offered everything the local and foreign reader could want: fiction, non-fiction, poetry, illustrations—all dealing with the world that is Kenya from a hundred different perspectives.

So, when I was first introduced to Kwani?, I could not let go. Since then, I’ve learned a lot about the role of literature in the development of a national psyche, particularly in post-conflict situations. Words have a way of immortalizing moments that are otherwise easily swept under the rug forever. In this sense, we are indebted to the artists that immortalize these events and ensure their recognition in the long-term, whether political, economic or social. As Kahora says, “writers are society’s conscience.”

The last two issues of Kwani? focused on the post-election crisis, making an indelible impression on readers. The goal was to record in pictures, cartoons, poetry, fiction and creative non-fiction what happened in the first 100 days of 2008. As Kahora says, “One of the big problems we’ve always had is a problem in recording momentous events in this country which leads to a widespread amnesia; such a record, makes sure there is no excuse, at least from a literary community’s viewpoint, for the kind of behaviour [during the post-election crisis].”

Consequently, Kwani? also wants to focus on the younger generation of Kenyans and their aspirations for the country as ‘leaders of tomorrow.’ Kahora says that the next issue of Kwani? will focus on “youth expressions—as a way of going deeper into the 46-year-old malaise [Kenya] is suffering…re-evaluating who we are and what directions we are heading in.” Closer to the 2012 elections, Kahora says Kwani? will use the magazine “as [a] way of making people remember.”

Among youth, the coming generation of Kenyan leaders and doers, Kahora says that Kwani? represents “a younger un-texted space that falls outside of official narratives, that can be written into being.” Kenya is a country saturated with stale political narratives that never seem to change, published day to day in the big local newspaper, The Daily Nation. Kwani?, though perhaps only drop in the bucket in the long-run, offers youth, and other Kenyans, a means of looking beyond the mainstream and writing out a new idea of Kenya. Perhaps, through this process, some of these aspirations will become reality.