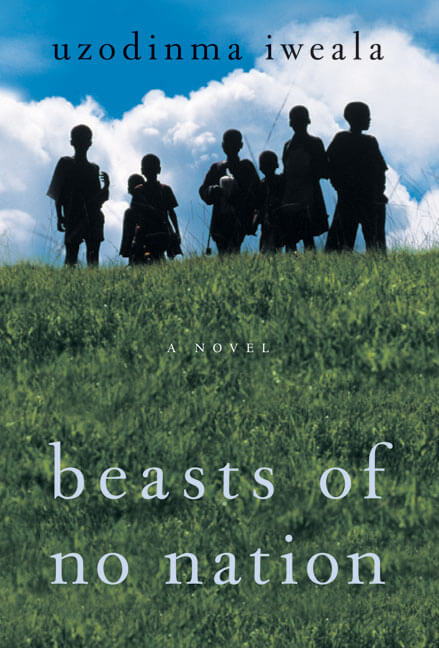 In many different parts of the world wars are fought by men and women and, unfortunately, sometimes with children as well. Usually led into guerrilla regiments out of abject desperation or because they were captured, these children are commanded to commit the most heinous of acts. They kill, they loot, and, in the meantime, they separate themselves completely from whatever life they knew before—their families, their way of life and culture, their erstwhile education. In one way Uzodinma Iweala’s Beasts of no Nation: A Novel is the story of one child soldier, 9-year old Agu; but, in another, it’s the story of many more.

Written from Agu’s perspective, the boy speaks a kind of pidgin, free-association English, saying things like: “We are at the camp and I am watching how the sun is just dropping down behind the hill like it is not wanting to be seeing us anymore. All the color is leaking out of it and looking like flame from hell all over, eating up the top of all the tree, making all the leaf bright, bright.” Agu finds himself forced to join a rebel force in the midst of a civil war in an unnamed West African nation. Agu is therefore a composite of all the region’s young fighters.

With his own words, Agu describes the terrible things he does to innocent and unsuspecting villagers as well as to members of his own regiment. And yet, despite all this, the story offers hope of rehabilitation – both literally and figuratively. Just as the mind can be broken and transformed into something ugly and cruel, it can with patience be reformed into its former shape—into something recognizably human.