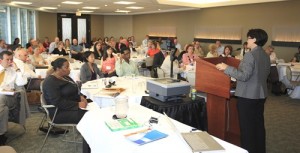 A couple summers ago I was working for a medical ethics organization in Israel and we started receiving complaints from a group of former soldiers who were suffering from a mysterious cluster of similar medical problems: shaking, memory loss, fatigue. It turned out that while they were serving in the army, the men had received an experimental anthrax vaccine without their knowledge or permission. Suspiciously, the Israeli army had begun administering this vaccine almost immediately after its very close ally, the U.S. military, had been ordered to stop injecting the unlicensed vaccine into its own recruits.

An idealistic young law student, I toiled frantically, trying to crack the impermeable wall of confidential reports and uncooperative sources that seemed to stand between me and linking the American military machine to the Israeli program – so fortuitously timed to the moment that U.S. corporations lost a market and the U.S. military guinea pigs for the vaccine. After 4 months in a hot and dusty office in Tel Aviv, I found a few clues, like a doctor in the Israeli military with suspicious ties to an American vaccine company, but the glamorous Erin Brokovitch moment I dreamed of never came. And I was left wondering, maybe there was no link, and therefore no smoking gun, but maybe, just maybe, it was out there and I simply lacked the knowledge or training to find it.

For this reason, I drooled a little over an e-mail I just received about the Ontario Ombudman’s Office’s third “Sharpening Your Teeth” workshop, which teaches skills for cracking open the world of government corruption, or as the website more sedately puts it, “investigative training for administrative watchdogs.” The program includes three days of workshops in talking to whistleblowers, assessing physical evidence, investigating human rights complaints, and “watchdogs bark,” on getting the public interested in what you find.

Gareth Jones, the director of the Special Ombudsman Response Team, says 20 to 25 percent of the people who attend are from abroad, so it promises to attract a diverse and interesting crowd that extends well beyond our borders. “At the risk of sounding horribly boastful, it is because the office has garnered a reputation of being a world leader in these types of investigations,” Jones adds.

While it is clearly designed with formal agencies that investigate administrative fairness in mind, Jones says it is also open to public interest groups and journalists who have an outside interest in holding governments accountable. He does note that they only accept 70 participants and it fills up fast, and at $895 it’s hardly accessible to everyone, but for those with the money and inclination, it seems very much worth, in the spirit of the event’s pun-tastic website, investigating.