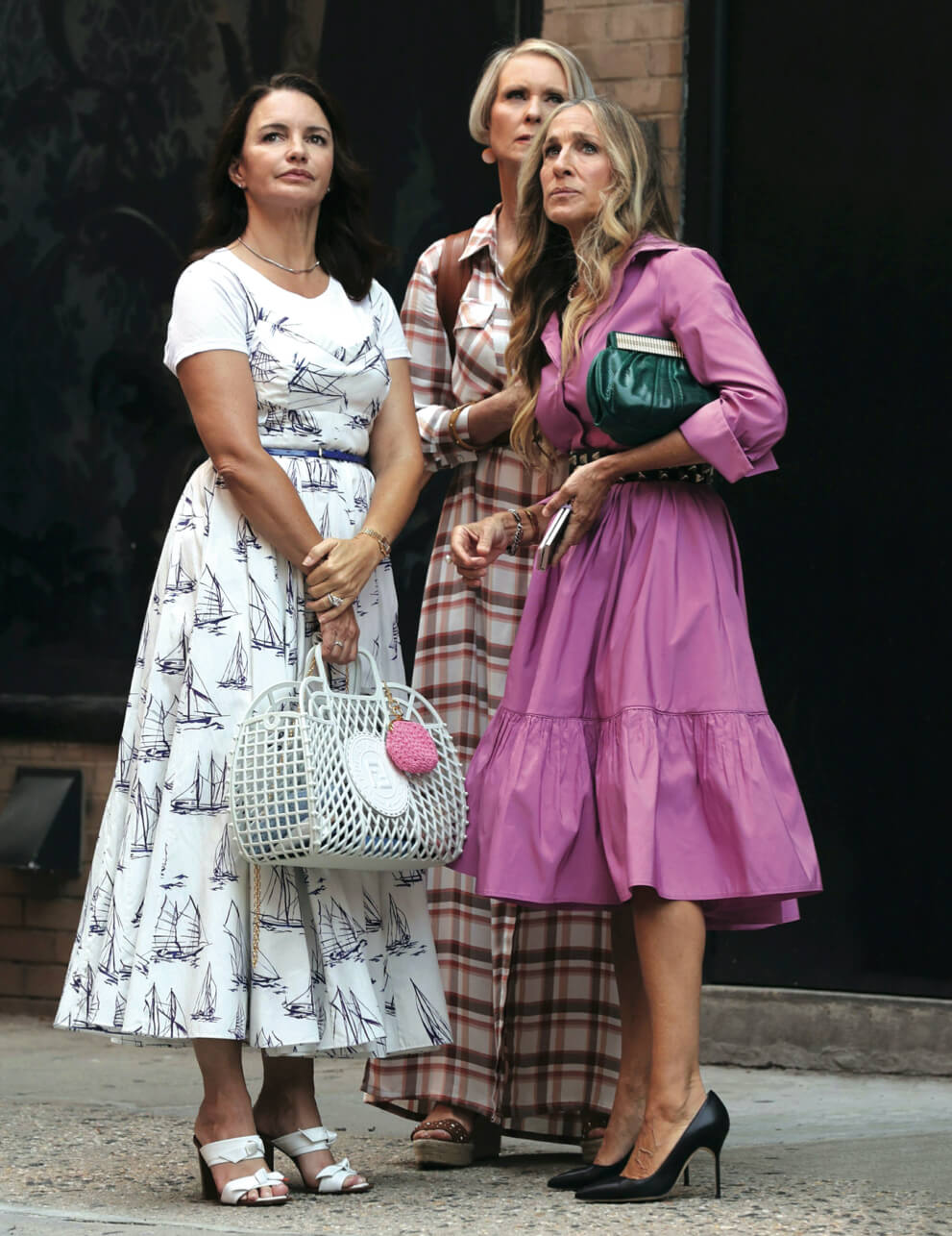 When it first aired over two decades ago, Sex and the City’s fantasy lay in an idyllic New York City lifestyle of affordable rent, flowing cosmopolitans, closets full of expensive designer fashion, a revolving door of attractive men for one and all, and an endless string of meet-cutes. The four best friend protagonists, Carrie Bradshaw, Samantha Jones, Miranda Hobbes, and Charlotte York, had it all at their fingertips.

Seventeen years after the finale (and 11 years after the second movie, but let’s not discuss it), the anticipated reboot, And Just Like That… premiered at the end of 2021. While some of that original fantasy remains intact (like when Carrie walks around the grimy streets of NYC in a trailing, white tulle skirt without it becoming dirty), I was struck by the ways in which it has shifted. In this new iteration, it’s the fantasy of successful friendship into middle age that takes centre stage.

Maybe this is two years of social isolation talking, but some of my friendships are struggling. While I do think the pandemic has a part in it, and I’ll never know otherwise, I still have a sneaking suspicion that I’d find myself here even without a disease keeping us from our loved ones. Now, in my 30s, the majority of my friends have settled down with a longtime partner, and many of them have chosen to become parents.

I don’t begrudge them for it, but we live in a heteronormative society, one that values a more traditional family unit above all else. As a single, childless person, I’m not always sure where that leaves me. Unfortunately, it’s usually pretty low on the priority list, far behind children and spouses and work. At least until an empty nest and retirement. Old women together at the movies, I see and love you.

However, And Just Like That… presents an alternative reality where your friends are your family and you don’t have to spend several months going back and forth in a text chain just to organize a brunch. In the first scene of the show, Carrie, Miranda, and Charlotte are eating at a restaurant, their bond unchanged other than a devastating break-up with Samantha. Their friendship is still the focal point of their lives, despite both marriage for all and kids for Miranda and Charlotte.

At the end of the first episode, Carrie’s husband, John James Preston (also known as “Mr. Big”), dies of a heart attack. In episode five, she has hip surgery. After both of these major life events, Miranda and Charlotte drop everything to care for their friend, staying the night, nursing her back to health. But it’s not only the big stuff. They share frequent meals and walks together, their connectedness is a throughline. Making time for each other is a given, not an option.

Deeply moved, I felt comfort in being with old friends, albeit fictional ones. Then came profound grief for how my own friendships have changed. Ten episodes with Carrie, Miranda, and Charlotte left me wondering who will be there not only for the hard stuff but the mundane, which is often just as meaningful: coffee, errands, inconsequential stories about my day. Of course, there’s a certain level of unattainability in And Just Like That…. It is television, after all. But maybe, just maybe, if we start working toward community instead of insularity, friendship can take its deserved place at the forefront of our lives, even if we aren’t on a television show