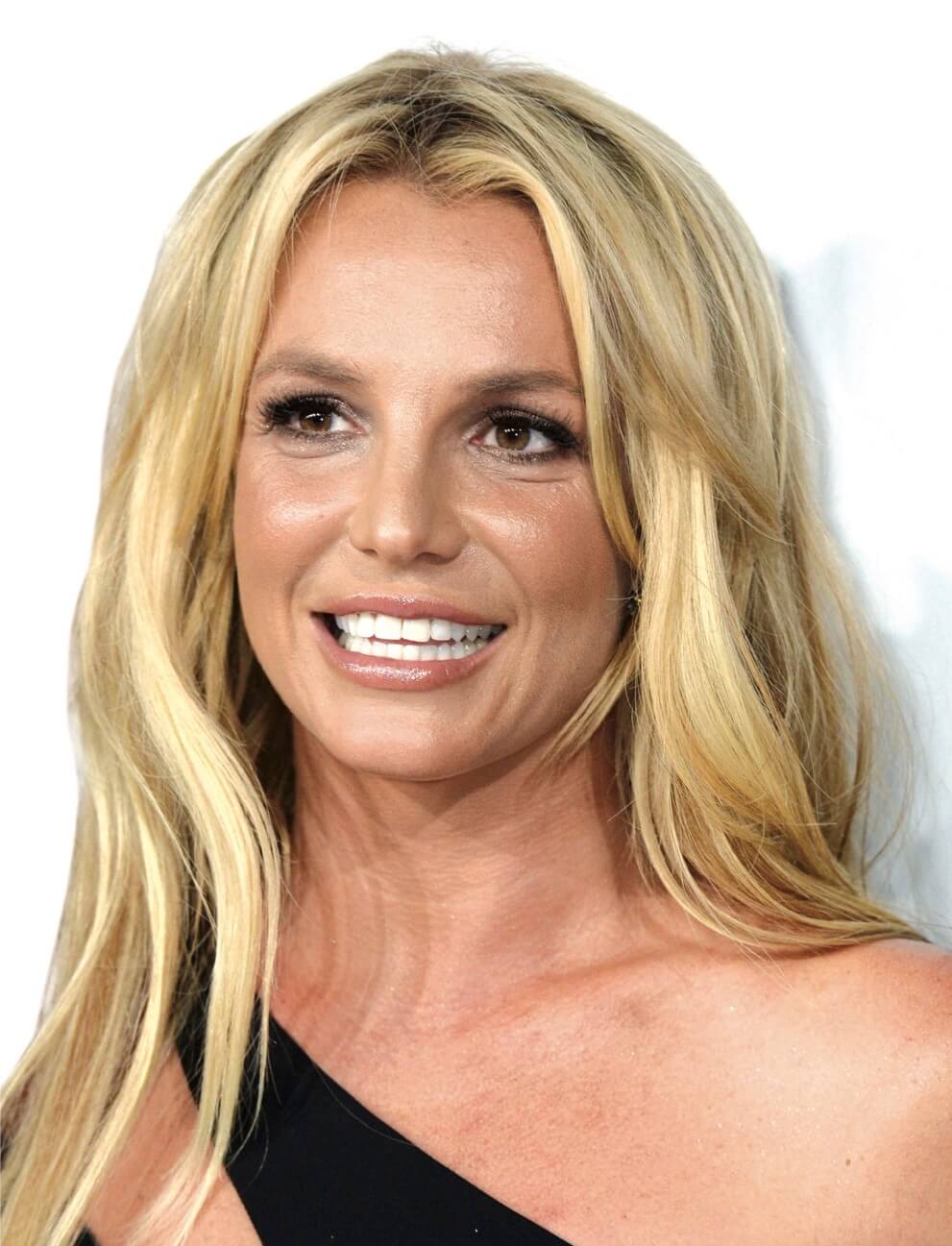 “Sometimes people’s … personal life becomes bigger than their work,” says pop star Britney Spears at one point during Framing Britney Spears, the New York Times-produced documentary released in February 2021. Though the complaint backgrounds a montage of Spears being chased around by paparazzi in the late 2000s, it may as well have been issued on the topic of more recent discussions about her, where her ceaseless legal problems have often threatened to eclipse her actual art.

Directed by Samantha Stark, the film serves as the sixth instalment in the Hulu/FX docuseries The New York Times Presents, and is broadly concerned with the origins and contours of the legal conservatorship (or guardianship) that has governed Spears’s life for nearly 14 years. The star was placed under a temporary conservatorship of both her estate and her person in February of 2008 after an extended period of personal and legal struggles, which culminated in two involuntary psychiatric holds at the top of the year. The arrangement was made indefinite that October, and while it remains in place at the time of writing, Jamie Spears, Britney’s father and former co-conservator, officially filed a petition to end it in September 2021.

A secondary tale that emerges in Framing Britney Spears is that of #FreeBritney, the fan-led movement that has sought to liberate Spears from the conservatorship, concerned for her personal well-being and believing that she’s being taken advantage of financially. (Former co-conservator Andrew Wallet once called the arrangement a “hybrid business model” while petitioning for a raise, and Forbes recently estimated Jamie Spears to have earned at least $5 million before taxes from it.) #FreeBritney “runs from the innocuous to the extreme,” journalist Liz Day explains in the film. Some fans scrutinize and explain court documents; others look for what are supposedly hidden messages being posted by Spears on Instagram.

And though the movement can be conspiracy-like in nature, at least some fan speculation has turned out to be correct. In audio from a June 2021 hearing, which was transcribed by Variety, Spears spoke publicly for the first time in years about her legal arrangement, telling judge Brenda Penny, “I truly believe this conservatorship is abusive.” Among other things, Spears alleged that her handlers have prevented her from visiting friends who live only a short distance away, that she’s been medicated and forced to work against her will, and that she hasn’t been allowed to have an intrauterine device removed even though she’d like to have another baby. (Spears has two teenage sons with ex-husband Kevin Federline.)

Where Stark’s documentary most succeeds is in efficiently recapping the events that led up to June 2021, giving viewers the necessary legal and cultural context to fully understand the conservatorship. And yet, because of that same efficiency, the film has to make necessary omissions for the sake of its runtime. One of these is Spears’s actual body of work—the thing that made her a beloved cultural figure in the first place. A few words are said about her 1998 video for “…Baby One More Time.” Former MTV VJ Dave Holmes notes of her meteoric rise that “she produced excellent videos.” But then we drop the subject completely; it’s established that Spears is working constantly through the 2000s and 2010s, including performing a wildly successful Las Vegas residency from 2013 through 2017, but the art itself takes a back seat to her snowballing legal problems.

And, perhaps because the film has driven so much of this year’s conversation about Spears, that elision of her work has carried over to what feels like the majority of social media posts and think pieces about her. This is particularly unfortunate in her case because her art has been the main channel through which she’s attempted to take back control over her life and narrative in the more than two decades that she’s been famous. On numerous occasions, she’s used her music and music videos to plead for respect and privacy, to laugh at herself when it was clear that she wasn’t going to get any, and even to carry out revenge fantasies against people who’ve hurt her. To downplay this, as the film does, is to inadvertently and mistakenly paint her as a passive figure in all that she’s been through.

Spears has been known for singing about fame and its complications since as early as her second album, 2000’s Oops!… I Did It Again. The film features multiple montages of her fielding invasive questions from journalists and the public during her imperial years, with Spears addressing her body and self-publicized desire to remain a virgin until marriage. But, while we see that her music is breaking records worldwide, there’s no indication that said music quickly became about being a young woman navigating young adulthood in the public eye.

In 2000’s “Lucky,” she tells the story of a starlet who can’t figure out why she’s so sad even though there’s technically nothing missing in her life. “I’m so fed up with people telling me to be someone else but me,” she sings on 2001’s “Overprotected.” She opens “I’m a Slave 4 U,” from the same year, with an accusation: “All you people look at me like I’m a little girl.” Media scrutiny of Spears around this time could indeed be quite horrid, but an equally important part of the story is how she capitalized on it, when she could just as easily have recoiled.

Tabloid coverage of the star entered a new phase in 2002, following her breakup with fellow pop star Justin Timberlake. His music video for “Cry Me a River,” released in November of that year, depicts him breaking into the home of a Spears lookalike and watching her shower from the shadows. The ex-lover in his lyrics is implied to have cheated on him, a narrative that the press ran with. “He essentially weaponizes the video for one of his singles to incriminate her in the demise of the relationship,” critic Wesley Morris summarizes in the film. But Stark chooses to end that particular chapter there, skipping over what Spears did next, which was respond.

In her 2004 video for “Everytime,” Spears is depicted as one half of a famous couple feeling the strain of omniscient paparazzi. In a scuffle with photographers and frenzied fans, she’s hit in the head with a camera. She doesn’t realize that she’s been wounded until she’s in a hotel bathtub, where she loses consciousness and eventually dies. The camera-as-weapon metaphor was arguably heavy-handed, but the video served as a reminder to the public that there was a real person at the centre of this insatiability. Its most haunting moment has a man clamouring for an autograph while Spears is carried into an ambulance on a stretcher. There’s no retaliation at Timberlake, just a shifting of perspective.

Some challenges would be trickier to recast artistically. Spears’s so-called breakdown proper is generally considered to have lasted from late 2006, when she filed for divorce from Federline, until February of 2008, when the conservatorship took effect. The film covers this period in excruciating detail, from the week that she famously shaved all of her hair off at a Los Angeles salon, to losing custody of her sons, to various rehab and psychiatric ward stints. Not covered, of course, is the work that she released while this was happening.

On 2007’s Blackout, there was no attempt at deflection. “Piece of Me,” the album’s second single, has Spears instructing any critics to “get in line with the paparazzi who’s flipping me off / Hoping I’ll resort to some havoc, end up settling in court.” The song pokes fun at the “hot mess” persona that had by that point made her a favourite punching bag for late-night television, and one of the tabloid industry’s biggest cash cows. As with some of her early work, it was as if Spears recognized the constant surveillance and unflattering coverage to be inevitable, and turned her attention to how she could exercise agency within that dynamic.

The film abbreviates the next decade or so, giving us a montage of Spears making television appearances, touring, promoting fragrances, and winning awards for her work. “She’s living the life of a busy pop singer, and yet we’re also being told that she’s at risk constantly,” says journalist Joe Coscarelli, referring to the conservatorship remaining in place. Her work during this time continued to reference her bumpier years, and often emphatically. In the video for “Hold It Against Me,” from 2011’s Femme Fatale, her fall from grace is represented as a literal plummet, the star surrounded by monitors playing music videos from her cultural peak. In its climax, she battles a double of herself, seemingly alluding to her
own demons.

A more complicated entry was the video for “I Wanna Go,” from the same album. Spears plays herself in a revenge fantasy targeted at the media, cussing journalists out in a press conference before wreaking havoc outside the courthouse. At one point, she hams it up for a photographer before smashing his camera on the ground. When she finds herself cornered by several more, a long-corded microphone appears, which she swings around to violently take each of them out. While the metaphor is once again unsubtle, it corroborates the idea that Spears thinks of her music as her main form of resistance.

But the same video happens to end on a less cathartic note. After she’s rescued from the onslaught of press by a friend, who begins escorting her away from the scene, he turns back to face the lens with an evil expression, diabolical laughter heard in his head. The shot is an homage to Michael Jackson’s “Thriller” video from 1983, which ends with an identical moment. But it can also be read as a suggestion that Spears was skeptical of the people she was being told to trust.

Since her debut in the late 1990s, the star has been plagued by the narrative that she’s malleable, an empty vessel through which other people’s ideas and wants can be communicated. That line of thinking, combined with evidence supplied by tabloids that she needed help, allowed the conservatorship to go unquestioned by many people prior to this year. But as Spears’s former team member, Kevin Tancharoen, says in the film, “That idea that Britney is a puppet who just gets moved around and gets told what to do is incredibly inaccurate.”

Taken together, Spears’s artistic output paints a picture of a woman who doesn’t take anything lying down, a fact that can co-exist with the many instances—personal, cultural, and legal—in which she’s been unambiguously targeted. Downplaying that work in discussions about her runs the risk of buying into the idea of her as vulnerable and absentminded, just as her legal opponents have spent almost a decade and a half insisting she is. “Believe me,” she sings toward the end of “What U See (Is What U Get),” a deeper cut from her sophomore album. “You’ll be looking for trouble / If you hurt me.”