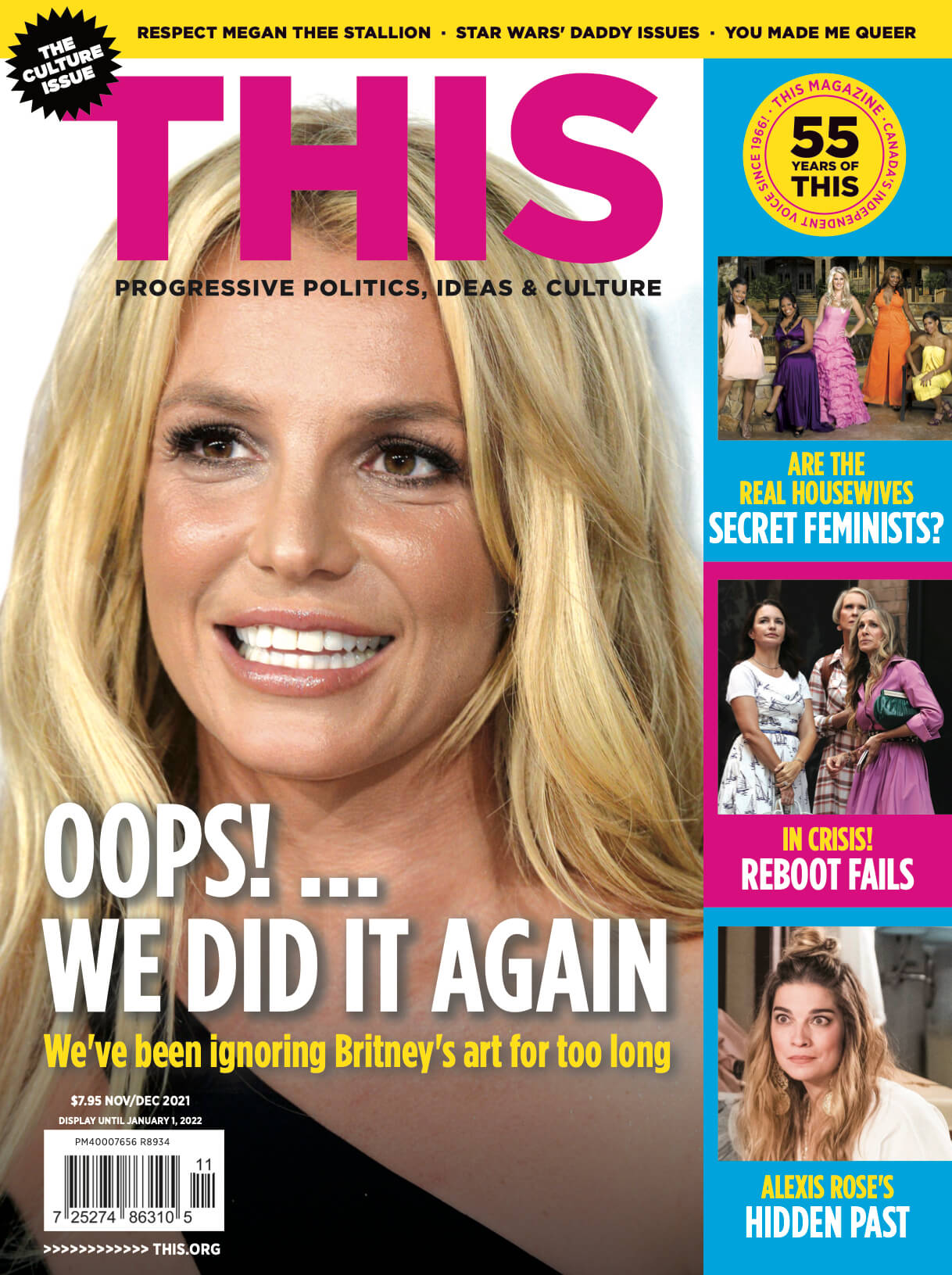 Things I have been involved with in my life include anti-gentrification activism, a sex worker arts festival, protesting a youth superjail, harm reduction work, community radio, a feminist bookstore, and independent publishing. I’ve also watched 11 years of The Bachelor franchise, likely more than that of The Hills and related shows, and could draw you a flow chart connecting Full House, Sister, Sister, Fresh Prince, and Blossom. Perhaps I contain multitudes, but, more likely, this isn’t all too rare.

That said, I don’t believe in guilty pleasures, in that I don’t believe in the part about feeling guilt for consuming pop culture. The truth is that celebrities impact our culture and ignoring it doesn’t change that fact. Pop culture also offers a lens through which to see the world, which can be enlightening for better and worse. Reality television started blurring the lines between the media and “real life” decades ago, and the advent of social media—which these days tends to have overlap with reality television—has only made those grey lines more apparent.

To me, it’s impossible to separate how the U.S. wound up with Donald Trump as a president with his presence on their televisions through The Apprentice. A Shot at Love with Tila Tequila was perhaps the trashiest television I’ve consumed—and I’ve seen at least a season of Married at First Sight—but it’s hard to write it off as inconsequential when she years later revealed herself as staunchly alt-right and attempted to take fans with her. Of course, pop culture doesn’t only impact us in negative ways, it’s also a powerful tool when it comes to representation and other issues—at least it can be. And consuming media from and about other eras can often remind us of the times we’ve lived through, both positive and negative.

When we started working on this issue, Britney Spears was in the media non-stop with activists arguing that the conservatorship that’s governed her life for years is a disability rights issue. Mental health advocates weighed in. Reproductive justice activists joined the cause when Spears noted that she’s been banned from removing an IUD or trying to have another child. This is a prime example of pop culture’s interplay with our world and politics. In her feature, Sydney Urbanek argues that Spears does have a voice and uses it in her music, but that people haven’t been paying attention to her artistic output. Sadaf Ahsan makes a case for The Real Housewives as an unlikely poster child for feminism. Joelle Kidd writes about reboots of shows from the aughts trying to make up for their previous offenses, but only making surface-level changes. In her personal essay, Zeahaa Rehman offers us a look at her immigration to Canada from Pakistan as a youth, and how her beloved High School Musical could have better prepared her for the transition.

If you’d have told me when I started this job two and a half years ago that I would end up writing about The Real Housewives in an editor’s letter, I likely wouldn’t have believed you. But, I do believe that we need to be bringing our values and political lens to all of the world around us, not just the parts that are easiest to take seriously. I hope this issue inspires you to give up any guilt you may have about indulging in your pop culture pleasures.